Once upon a time, when I happened to watch TV late at night, I saw big red lips singing: „Science fiction (ooh ooh ooh) double feature / Doctor X (ooh ooh ooh) will build a creature…” Thanks to that coincidence I found myself one midnight some 13 years later queuing at a Toronto movie theatre, a newspaper in my bag, and explaining overenthusiastically to my friend what it is exactly we are about to see and why we should have also brought toast. My buddy gave me disbelieving glances. 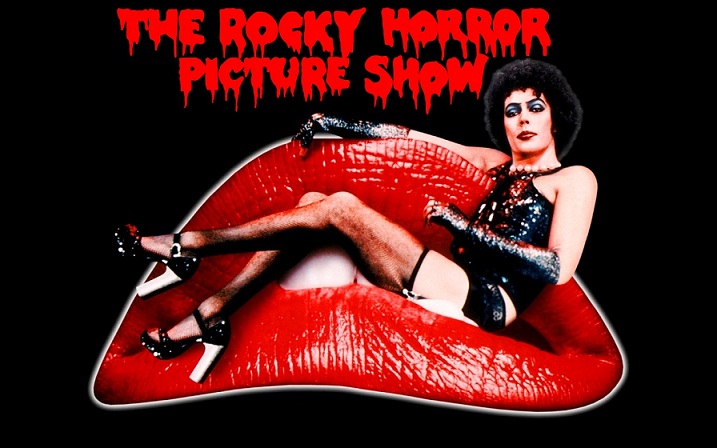 “The Rocky Horror Picture Show” is a musical horror comedy from 1975, based on a musical from a year earlier that was inspired by a book. After the initial flop “Rocky Horror” was shown in New York theatres as a midnight feature. This quickly became a sensation across the nation that attracted a cult following. Even though the social aspect has always been an important feature for midnight screenings, in the case of “Rocky Horror” the fans created an entirely new and interactive experience that became almost as important as the screening itself.

The same people kept attending the screenings and soon there were a number of customary lines the audience would shout at specific moments of the film. One of the first is thought to have been: „Buy an umbrella, you cheap bitch!” addressed at the character of Janet when she steps out of the car and into the rain, covering her head with a newspaper. Some fans also began attending dressed as the characters in the film and several more catchphrases were invented. Finally, a ‘shadow cast’ emerged – a group of people that acted out in front of the screen what was happening on the show. And as more inventions arose and objects were to be thrown at the performers, a master of ceremonies was also added to the mix – to keep the show under control, but also to make fun of the newcomers or virgins as much as possible. 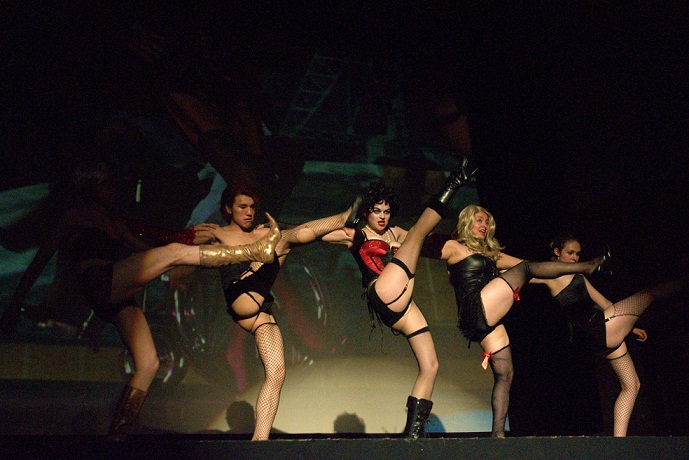 The complete “Rocky Horror” experience with a shadow cast is always different in every cinema. Some venues host grandiose events, even bringing a motorcycle to the theatre and buckets of water are thrown at the spectators when it is raining in the movie. The show cast in Toronto is a group called Excited Mental State, whose mission is not to perform the film as it is down to every detail, but the main goal is to make it interesting for themselves and for the audience. This is why they experiment and introduce something novel every time; the lines however, remain the same. The performances take place every last Friday of the month and additionally twice during Halloween.

So, we were queuing at a cinema in Toronto. Although my friend did not know much about “Rocky Horror”, I had managed to talk him into attending through showing him little bits of the film. And why would not anyone be interested in a film where Frank-n-Furter (played by Tim Curry) – whose butler looks like the Roxy Music-era Brian Eno – declares in song that he is a „Sweet Transvestite from Transsexual Transylvania” and a young Susan Sarandon sings: „Touch-a, touch-a, touch-a, touch me / I wanna be dirty.” I left describing such details as the throwing of toast when „A toast!” is heard in the film conveniently to when we had already purchased the tickets and had sat down. I took out my newspaper and waited. Before the screening the rules of the cinema were introduced (turned out that throwing toast around was not allowed after all) and when the affectionate ridiculing of the virgins was over, big red singing lips appeared on the screen…

It is mainly upon yourself how much you would want to participate in the happening, but it cannot be completely avoided. When there are two characters running in the rain on the screen, then it is useful to take out your newspaper – the people in the front rows will shoot water with squirt guns while the rest cover their heads with newspapers like Janet in the movie. Of course, one could always opt for getting wet or protecting themselves with their other available body parts. The members of the shadow cast will act their version of the events on screen and encourage the audience to participate more and shout out the lines.

Having said that, at one point when the excitement had grown big enough, the shadow cast had done its job. During the film’s most famous dance sequence, I grabbed my friend by the hand and dragged him to the aisle, which was suddenly full of people doing the Time Warp: „It’s just a jump to the left / And then a step to the right / With your hands on your hips / You bring your knees in tight / But it’s the pelvic thrust / That really drives you insane / Let’s do the Time Warp again! Yeah.” The aisles were full of people lying on the floor, who now needed to get quickly back to their seats to be ready to yell the phrases to the characters in the next scene.

“The Rocky Horror Picture Show” with a shadow cast is screened in two hundred cinemas across the world and every screening is special. I recommend taking along a newspaper and dancing shoes, whenever you happen to attend one. 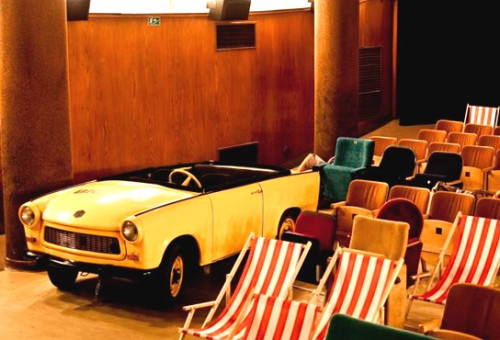 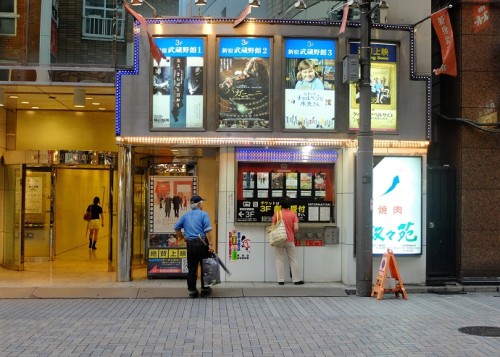 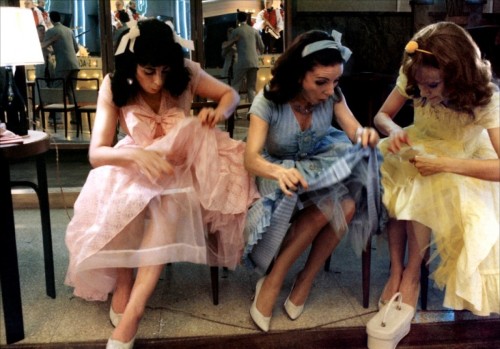