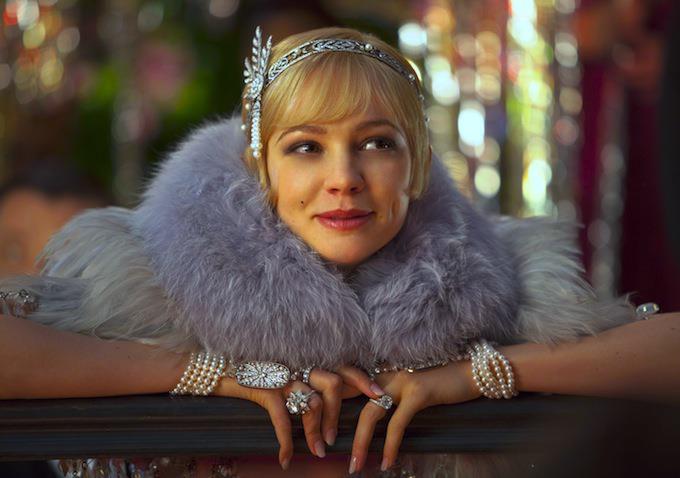 Carey Mulligan in "The Great Gatsby".

Fashion section at the Black Nights Film Festival was born 8 years ago from a brand cooperation and was a part of its promotion. People got more and more interested, so it’s been growing throughout the years, gaining popularity. This year we could listen to professional introductions before the screenings – local fashion authorities were asked to do a research on a certain topic and make the audience familiar with it. But bringing a film to the festival wasn’t always easy. Frankly speaking, it’s usually very hard. This year there was a battle for the documentary called Iris on the life of the fashion icon Iris Apfel: “They wanted to premiere it in Amsterdam, which is happening at the same time as Tallinn, so I had to write them several times and keep asking, if they manage to schedule the premiere screening at the beginning, so we could show it here too,” says Helen Saluveer, thanks to whom the section exist (and is doing very well).

There are many links between film and fashion – two artefacts from the border of art and industry. First of all, they’re both art which has to be sold, and as such are mainly valued by the box office and profits. Artistic processes can also be comparable. While preparing particular scenes and frames directors often use mood boards as tools of visual projection, just as fashion designers do. Of course, both fields affect each other mutually – many fashion collections have been inspired by films. It is enough to mention the most recent ones: Vertigo for Saint Laurent, The Grand Budapest Hotel for Anna Sui as a proposition for F/W 2014 or The Little Mermaid characters, being promoted on Bobby Abley’s catwalk for S/S 2015.

There are also films, which use fashion as the key element of the mise en scène and get inspired by certain fashion styles. A carefully prepared image of clothes and hairstyles is part of a convincing performance and stands as an inner movie reality (as we could see in The Theory of Everything). On the other hand, it could give a film a refreshing touch of modernity and make the story more attractive or contemporary. We could see a very specific use of fashion creating an essential atmosphere and significance in Baz Luhrmann’s The Great Gatsby (costumes designed by Miuccia Prada were film’s forte) or Anna Karenina (where Dior’s styling gave the artistic vision of Joe Wright even more dimensions). What would be the Breakfast at Tiffanny’s without Hubert de Givenchy, Annie Hall without Ralph Lauren or Belle de Jour if it hadn’t been touched by Yves Saint Laurent’s fashion genius? The special Oscar category is there for a reason – even if prizes go to costume designers who decided to use a particular style, not to fashion houses themselves. (After all, the brand rising sales are more important than a golden statuette, which matters only in the film industry). 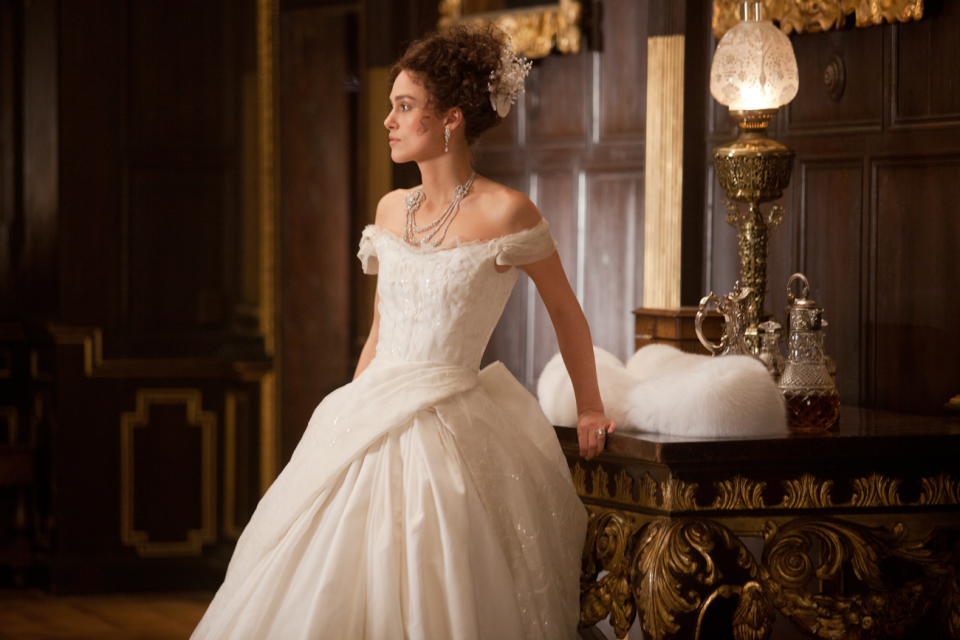 Let us not forget the biggest and most influential movie festival – the one taking place in Cannes. Ironically, for most people not-SO-much-into-movies, the Cannes Film Festival is only about fashion. Some of them might know who won the main prize, the rest from all over the world get excited only by watching movie stars who present beautiful outfits on a red carpet. And dream their own American dreams.

And here we arrive at the point where the connection between fashion and film is the firmest: they both transfer people into the world of their desires.

“I’m so interested in fashion mainly because it reflects what’s going on in the society,” claims Anna Wintour, the legendary Vogue’s editor-in-chief. Thanks to In Vogue: The Editor’s Eye (Fashion Section, 2014) we could realize, that fashion reflects social fascinations and traumas as well as it defines society’s condition. And Vogue used to be not-only-fashion magazine: over the years it has been documenting historical changes (World Wars, Jet Age, sexual revolution), which go together with fashion. Vogue archives illustrate the social perception of femininity and roles performed by women in society. And even if the story seems static in photographs, it has its own pace and dynamics.

A fascination of how other people look, presented in Bill Cunningham New York (Fashion Section, 2010) proved that the way we dress is the first social attraction. The way you look make other people curious about you and can become a pretext to get into an interaction. Extreme popularity of the Humans of New York initiative has proved it profoundly. In the world of melting social relations any reason to talk and listen to each other should be highly appreciated.

Dior and I presented in this year’s Fashion Section testifies that fashion has always been focused on people. Not only on those who wear it but also on its creators. This great documentary tells a story of Raf Simons employed as an artistic director in the famous Dior fashion house. The very talented artist and decent man is presented with all his weaknesses and inner struggles. In the documentary not only we can see a very fascinating creative process leading to the final haute couture collection, but also a whole range of emotions and tasks which he has to deal with. The film shows how he tries to overcome the artistic restraints put on him by the brand’s heritage and style codes, as well as keep the terms and budget altogether with great expectations and attempts of finding your own way in a new place. Beautiful designs are only a pretext to tell a story of people creating the brand – from its owner up till the sewing craftsmen.

Unfortunately, both films about Yves Saint Laurent launched this year are a fashion disaster. As Jalil Lespert (Yves Saint Laurent), Bertrand Bonello (Saint Laurent, Fashion Section) also preferred to focus on sexual preferences, social scandals and private life of the great Yves. There’s very little (or nothing) in these films about Laurent’s collections, inspirations and achievements, which has constituted him as an artist and a fashion creator. Instead, we have loads of party and sex pictures, making an impression that this great fashion empire has built itself on its own. 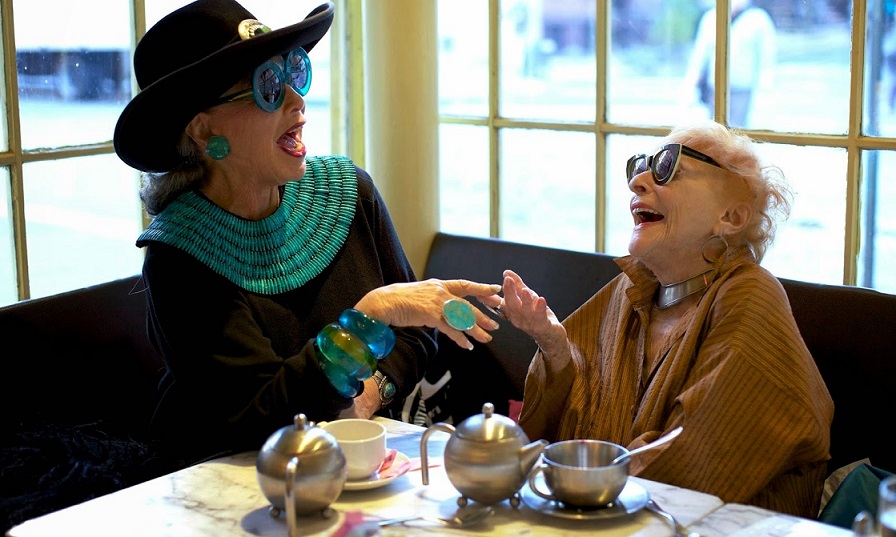 What we also have to consider is a fashion and film input on beauty canons. Actresses become fashion muses (Monica Bellucci, Keira Knightley, Marion Cotillard) and models play in movies (Małgosia Bela, Milla Jovovich, Cara Delevigne). This problem has been presented in Star (Russia, 2013). The movie tells a story of teenage Masha who is blindly following a model of beauty launched by film and fashion industry. Her schedule is severely precise: she has to do a plastic surgery for her ears, breasts, legs and lips. Her road to perfection is – on one hand – a reckless following of the rules of the visual culture, on the other – a horrifying proof of the power of images.

A very interesting way of using fashion is presented in Advanced Style, another title from the Fashion Section, where dressing up becomes an everyday art for 60-, 80- and 90-year-old ladies. In fashion they find great love and way of cheerful and dignified ageing. A passion that is a way of keeping seniors in ageing societies successful, happy and occupied. It can be a beginning to resolving a pressing social problem. Anyway, the industry goes grey!

A brunch with friends, then an art galleries marathon, coffee in a fancy place and visiting vintage boutiques as a dessert. And documenting this all on Instagram – this is how many see the life of fashion people. What’s really behind the lens of the camera remains unseen. 12 of 15 completely sold-out screenings prove the social need of getting closer to the real phenomenon of fashion. Watching Fashion Section at the Black Nights Film Festival is a great opportunity to see that fashion is much more than “just clothes”.