Just Another Snake Cult: Iceland, Conan the Barbarian and a little bit of California

One of the bands to perform at Schilling festival this Saturday is an Icelandic duo Just Another Snake Cult. Collective that was initially Žórir “Thor” Bogason’s solo project has now become a two-member band which offers indie-pop with psychedelic tendencies and more colours, sound layers and instruments one can count. In addition to their performance at the Schilling main stage on Saturday, the band will also perform at the traditional stumpconcert the next day. Frontman Žórir “Thor” Bogason told Wader what is Just Another Snake Cult all about.

How did Just Another Snake Cult come into being?

Žórir Bogason: I had collected things for a number of years, but it was in 2010 when my first album “The Dionysian Season” which was recorded in my bedroom was released. It was nominated for the best newcomer at the Icelandic Music Awards. Then I put together a band to play it live. It steadily grew and we were like a nine-person band for about a year, but in order to simplify things there is just the two of us now. 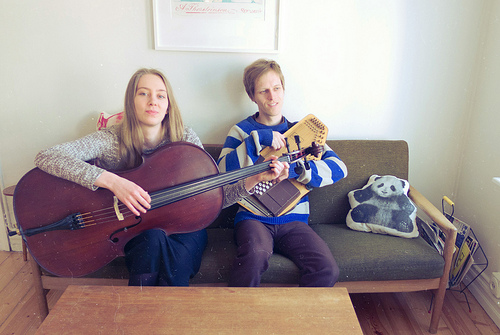 Where does the name come from?

It comes from a movie called “Conan the Barbarian”. There was a line (“Two or three years ago it was just another snake cult, now… they’re everywhere.”- M.M) that stood out and was kind of interesting.

You have described your music with such words as existential fanaticism. Is it somehow connected to your Bachelor’s degree in philosophy?

I like existential themes, something that explores. Just looking at a bigger picture in life. I used to work doing computer programming, but I just quit to focus on doing creative things. Kind of looking more to what life has to offer rather than just doing career and stuff. That is why I am doing music.

You have mentioned that you absolutely like 80s fantasy films and their soundtracks. What are your favorite ones in particular?

Oh, my favorite is “A Legend”. That is really good. It has a good soundtrack by Tangerine Dream. “The NeverEnding Story” has a fantastic soundtrack. I also like “Blade Runner”. Those are my favorite, but I like the whole genre. The moods and the sounds.

You have lived in California most of your life, but you are actually from Iceland. What is your current relationship with the Icelandic culture?

Yeah, I grew up in California, but I was born in Reykjavik. I have been going back and forth a lot. I would visit Iceland every summer and moved back there four years ago. It was really interesting to grow up in California. I can remember being 18, going to university, hitchhiking and suddenly someone asks, “Where are you from, what’s your name?” And I answer: “Thor from Iceland.” And he is like, “Do you know the band mum?” I was always very impressed how people knew this, a band from such a small island. I do listen to a lot of Icelandic music. It is quite amazing and eclectic. There are rock bands, New Age bands, shoegaze bands. There are all sorts. There is a band called Samaris which is like a downtempo electronica band. They just released an album on One Little Indian.

You use a lot of different instruments in your songs. Have you ever thought about doing the conventional drum-synth-guitar thing?

I do not like to use a path that is already predefined, though this does make things a bit more difficult. I think it is kind of difficult to create your own soundworld. One reason we shifted to a computer at the shows was to have more control over what we are creating. I have never actually wanted to follow the established way.

You have a toy piano on some of your tracks, for example. What is the weirdest instrument you have ever used?

I started building an instrument a couple summers ago. But it has not made it to any recordings yet. I do not have any really strange instruments. I use the autoharp alot right now. I think it’s not too strange of an instrument, but it’s not very common either. What I have done alot, especially during my first album, is that I have been moving a tremendous amount for the past few years, like once a year. From city to city, from the States to Iceland. You just can not carry much stuff with you. I have been really preoccupied with whenever I come across an instrument I like. I sample it in strange ways. I have also sampled pianos, glockenspiels, guitars. For example, I play a guitar with a drumstick and I can play that back on the keyboard. That is one way of getting strange sounds in my recordings. 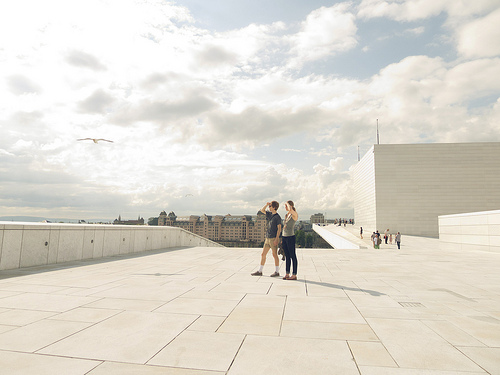 Your last LP “Dionysian Season” was released in 2010. What are you up to right now?

During a tour in 2011 I also released an album called “Ghosts”, but the idea behind that was always to be a temporal album. In a way that it would expire and disappear, so you can not get it anymore. I released an EP last summer called “Birds Carried Your Song Through The Night” and now I have been at the studio every day all week. We are finishing what is probably going to be a full-length. We are just figuring out what to do with it. So we’ll have another one probably very soon.

What kind of direction have you taken on the new album?

It is a little bit different. A little bit more low-key. The first album I recorded by myself was more for performing. The new one is much more influenced by things I have learned from performing. Things that work live. The new album consists mostly of the material we have been performing for the last year. It is little more straightforward, has less layers and is focusing rather on writing a good song than hiding behind different tricks and arrangements.

In addition to your performance at the main stage, you are going to give an extra performance at Schilling on the 7th July which will basically take place in the forest. What is the most memorable place where you have ever performed?

I have been playing music with different bands for about 15 years, so I have a handful of weird performances. I have played in a forest before. One time I played in Tijuana, Mexico. We just coned off part of the street and played there. That is probably one the best shows I have ever played. People who were walking by came up and danced. It was really refreshing how they were enjoying themselves. It was strange when playing and there was just traffic zooming by us on the other lane. I have also played a lot of house shows with other bands. Oh! (With a sudden excitement in his voice) Once we were playing a house show in Salt Lake City. It was in the basement where you had to crawl through a tiny crawl space. It was like a cave under the house. There were some Christmas lights, extension cables and a water heater. So the whole time I was worried that somebody crawling in would break the water heater or there would be a gas leak and everyone would be stuck in this cave. (Laughs) But nothing happened and it was a really good show.