Indie troubadour Sean Nicholas Savage is one of the most eclectic phenomenons of the colorful Canadian music scene, already known for acts such as Grimes, Blue Hawaii, Trust and Mac DeMarco. It seems that all he needs for that are his ear caressing melodies, dramatic vocals that covertly knock on your heart, and an image of an artist who has fully dedicated his life to music. He only has to step on the stage with his guitar, wearing a number too large tank top or a shirt from his father’s closet, open his mouth, and all eyes and ears are directed on him. Savage has been writing music since he was twelve and turns out those sixteen years in-between haven’t quenched his thirst for making music not in the slightest bit. Besides the fact that his LP Bermuda Waterfall, released this spring, holds a sequence number the artist himself is not even aware of anymore, it can also be crowned to be one his most brilliant works so far. Whether this statement proves true in your opinion can be sorted out on this Thursday at F-Hoone in Tallinn where Savage will be headlining the first edition of Schilling Concert series. 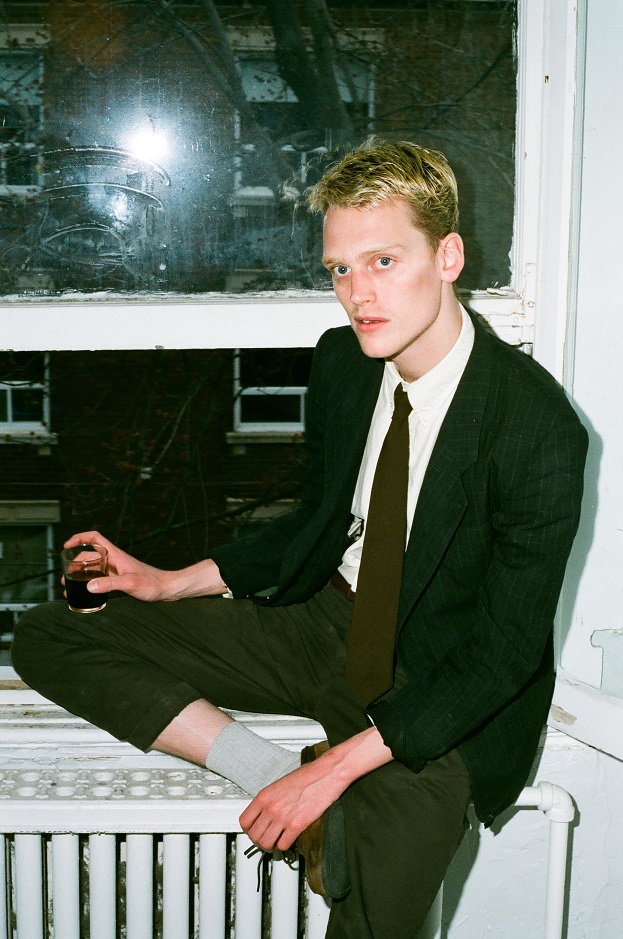 Considering the number of albums you have released, I presume you must work like a machine. Do you ever get a feeling that giving out so much material might be a lot to digest for your listeners?

I never work, I only call it work when I’m grumpy. I just screw around a lot and that’s actually what everyone does. When you say it out they’ll get so mad and say, “Not me! I work so hard.” Well boo hoo, poor you, like that is really something to be proud of. But I don’t care if it’s too much for the listeners – they hear what they wanna hear. I love my fans and do it all for them.

How does you writing process work?

I write poems, sing little melodies, choruses and mix them together. I have all kinds of dumb ideas and an unlimited supply of terrible ideas, which are just a sliver away from brilliance. So I try, try and fail a lot, but I also like bad music.

According to some accounts, Bermuda Waterfall is your 11th album in six years. Where does such an urge to make music come from in the first place?

I just love music so much. It’s always calling me and I’m always listening to it. I don’t think I have eleven albums though, that’s some bullshit.

Have you ever done any other jobs besides being a musician?

I’ve had every kind of job you can imagine. I’m self-sufficient and independent. I bring home the bacon. I don’t eat pork though for real. You know if the whole world gave up meat? Think about how our place in the animal kingdom would change. The human race is full of shame, but it doesn’t have to be this way. It’s so easy to change, and we would all live longer. Start now.

Off the top of my head, one of those Scott Walker songs from his album The Drift. I don’t call things ‘weird’ much, you know? More like ‘common’.

And the most beautiful?

That’s tough, cause I use that word a lot. Debussy’s “Claire de Lune or “Ave Maria”. So cheezy, but I’m real, I’m the real thing. (Laughs)

I read you often write lyrics about dreams you’ve had. For example, the title song of Bermuda Waterfall. Can you tell us a story behind any other songs that’s based on one of your dreams? What else do you like to write about?

I don’t write about my dreams, cause I like to, it’s more like the strongest flavour I’ve got going at that time. Like a message trying to come through. Doesn’t matter what I’m using to achieve that, I’m always just writing messages, that’s all I do. I usually write them verbatim so I couldn’t explain it any better than I have already written them. Just check out my songs if you wanna hear my lyrics.

For artists, melancholy is one of the things that tends to fire up creative emotions the most. How is it with you?

My music has always some kind of reflective or nostalgic thing going on. I think it’s a bit bittersweet somehow. I can’t write when I’m down though – I just spend all my time trying to get back up when I’m down. Music makes me really happy.

In addition to being a musician, we might also call you a poet. Who are your own favorite poets?

Pablo Neruda is cool. I mean, I AM a poet, absolutely, but that doesn’t make me a poetry expert, and I’m not.

If you could write a soundtrack for a movie that doesn’t exist yet, what would the movie be about?

A philosophical thriller – I love those. And also real melancholy. Like Polanski’s Le Locataire soundtrack, it’s so beautiful.