The last Cinema travels of the year takes us to a country which suffers from the drought of cinema, but loves old school techniques, handicrafts and all kinds of festivals.

“Hello, could you tell me where I could see Portuguese movies?”
“Oh, don’t worry, we show Hollywood movies, too!” 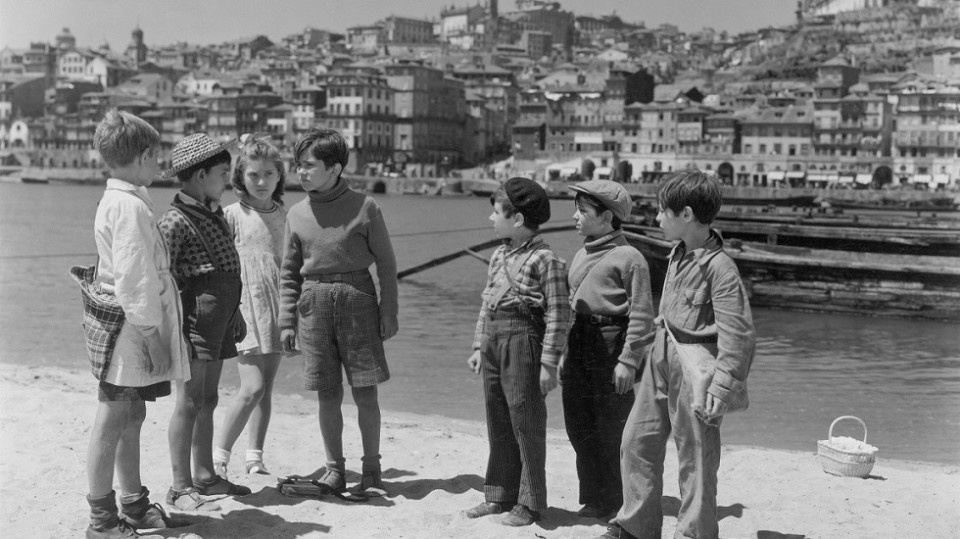 In Portugal people have a tendency to think that most of the movies produced there are bad. However, if one keeps pestering the locals, most of them will recommend two movies: Manoel de Oliveira’s Aniki Bóbó (1942) and Taboo (2012), a contemporary feature by Miguel Gomes. Manoel de Oliveira is now 105 years old and so far the oldest active movie producer in the world. His movie is quicker and more optimistic than that of the Miguel Gomes, but both reflect on yearning, a thing so common among the Portuguese. If to generalize Portuguese cinema, you could say that it tends to be slow, symbolistic and melancholic. The Portuguese should be respected for their love of analogue movie cameras and cine film. You can find high quality old cameras here and movie makers still prefer old school systems to the technological gadgets of the modern age.

In Escola Superior Artística do Porto, a private institution where I myself am currently specialized in film, it is possible to study liberal arts, architecture, graphic design, theatre and film. The school has its own mascot, an orange cat Esap who can freely walk from class to class and demand petting and care. A very charming detail about this school is that the students’ hands spend more time holding pencils than typing on computer keyboards. The students make flip books in their animation courses and use techniques involving sand, white modelling clay and scraping. The photography classes take students to labs to develop black-and-white films and to study analogue cameras. In audio engineering vinyl records are praised and modern sound programs, that can make every user into a DJ, laughed at. In the first weeks, the architecture students who came with Erasmus were shocked because all the sketches had to be submitted on paper and nothing was done on computers. Old traditions are firmly kept and before turning to your computer you should know how to make things with your own hands.

Last year eight full-length movies and five documentaries were produced in Portugal, but no animated movies. The box office earned more than 65.5 million euros, but local production only 3.3% of that. If you look at cinema programmes, most movies shown are Hollywood blockbusters with a few French and Spanish exceptions. The cinemas in Porto are usually in the same buildings as the supermarkets and these are located outside the city. However, it is nice that the closest casino to the Porto city centre is 30 minutes away – all the lairs of sin have been dislodged from its heart and beauty. The city centre has theaters that show movies a couple of times in a week, but they do not have English subtitles. They have bars and hostels that organize movie nights, but cinemas that show anything but Hollywood movies and Spanish comedies are few and far between. Roughly 20 years ago the situation was considerably better, but the economic crisis changed things and people would rather spend their money on eating out than on culture.

Going to the movies is not popular, but surprisingly there are still plenty of festivals in Porto. On 17-19 October there was MICAR, a movie festival against racism, where some movies even had English subtitles. The festival was free of charge, but the cinema halls were rather empty. When there’s 30°C outside, not many people can be bothered to sit down for 1.5 hours to see a Hungarian documentary about the cruel treatment of a small part of the population (Without a Chance, 2013, directed by István Gábor Takács and Ádám Surányi). There are many different kinds of festivals. Festa da Animação em Portugal (from 30 October to 2 November) included some workshops and showed local animations. In February next year there will be a grandiose international film festival Fantasporto and this time it will focus on horror movies. There are many festivals and all kinds of other events and usually they’re either free of charge or very cheap. A movie lover will not find trouble in this country because as soon as one festival ends, another one begins.

The cinemas and movies are usually financed by Instituto do Cinema e do Audiovisual. Only two full-length animated movies have been produced in Portugal and both of them were box office bombs. The state has waited for several years and next year it will give the animators a new chance. Money and employment are not in abundance in this country, but you can still see true passion for one’s subject field. The artists draw their creations on the walls of city buildings, the streets are full of music, magicians and dancers entertain the pedestrians and the people less talented in arts blow huge bubbles. The movie producers are often forced to make movies with no budget or pawn all their belongings to make movies. You don’t meet many people here who work to get rich – instead of that they do something because they enjoy it. The main priorities are enjoyment, family and friends, and working is just something to support those three things. Sharing culture is strong in Portugal: the ones who have something will share it with others, and the ones who don’t will receive it from others. Sometimes they go overboard with this – for example, when your Portuguese friend has bought a tiny pastel de nata (custard cake), he will still try to offer you a bite of it.