Ats from the Haigla skatepark gang is a known face on the Tallinn dance music scene, he occasionally appears in the music section of culture publication Areen and he’s also substituted Estonian dance music legend Raul Saaremets on his legendary R2 radio show Vibratsioon. As of this autumn, Ats appears with his old pals Kristopher Luigend and Jan Tomson, on Haigla saade, aired every Monday, also on Estonian coolest radio station R2. Although Haigla skatepark will close its doors in Telliskivi for good, there’s no fear of Haigla parties disappearing anytime soon. It seems that dance music movement Mutant Disco has finally after 15 years found an equal match. 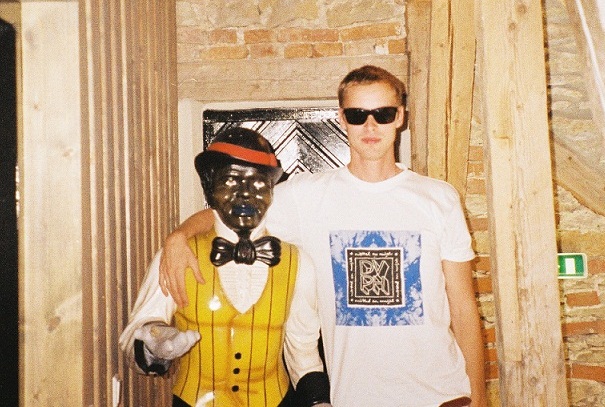 DJ-debut: It’s possible it happened sometime at the beginning of highschool, round the time when Kristopher lived on a couch in the livingroom/kitchen of an old town apartment and we were skint. Our first party and DJ debut was in Võitlev Sõna in Sauna street. However, it wasn’t only for getting money for rent, it was also fueled by our excitement and interest for music and DJing. Naturally, technical skills were below par. It was Alari Orav – if I’m not mistaken – who came and turned up the low frequencies again – I had played a couple of songs in a row without bass. Right… Big thanks to him for that!

Important feature in music: A cut straight to the heart.

What I play: Depends on the mood, party and the audience really, but recently a lot of house and old as well as new UK bass. I won’t rule out occasionally slipping in some Public Image Limited or MF Doom. I prefer to reserve the calmer sounds for our radio show Haigla saade – why not jazz and slow atmospheric stuff (can’t really pull it off, though…).

Best DJ memory: Without a doubt the Mutant Disco in Port Noblessner a couple of years back where we kept having blackouts. I played with Jan & Kristopher in a tent by the sea and of course the power went out right when we began to really get into it. I remember trying to play „Once in a While“ by Lone at least three times, but everytime the power gave in during the intro. I also have fond memories of Müürileht‘s birthday party – I dimmed the lights, left the smoke machine on and played music – nice!

Pixies “Wave of Mutilation (UK Surf)” – I haven’t really listened to Pixies that much, but this one’s got a firm grip on me.

In conclusion: Haigla skatepark will soon be torn down. R.I.P. Haigla!