Janno Sooäär aka DJ Quest is a man of many trades. He’s been behind the shows Programm and Programm Extra on Raadio 2 for many years, but he can also add organizing Estonian MC-battles and the legendary Von Krahl party Check One Two to his impressive resumé. His newest hobbies also include record label Emerald City that has so far released three records already. But his most notable assignment yet is being Mister X for RBMA – his tasks include introducing RBMA as an institution and inspiring Estonian artists to apply. 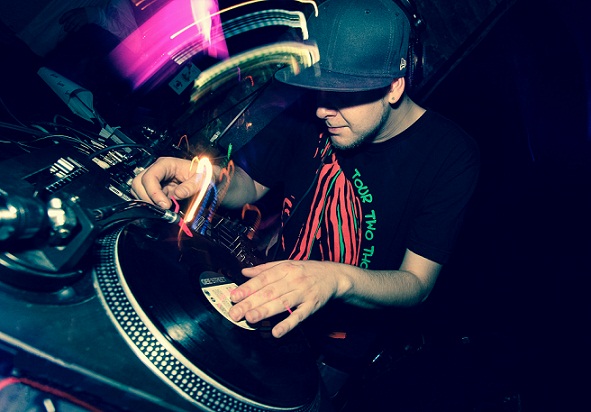 DJ-debut: The reason I started buying recods on vinyl was actually that some of the stuff I was into was not available on any other medium. At some point I had accumulated quite a number of records and friends asked me to come and play some of my music as an intro to their party. My first public performance was in 2000.

Unimportant feature in music: The unnecessary focus on the artist as a product instead of their music. Image is of course important, but it’s never more important than the music itself.

What I play: Music that has soul and that makes you move.

Best DJ memory: Sometimes parties that take you to a whole new level come out of thin air. On occasion, suddenly everybody gets the feeling at the same time that they don’t want the night ever to end. For example, the Kuri Karjas and Check One Two parties last year, the after-party for the previous Eesti Laul competition at jazz-club Clazz. Other exceptional memories and great adventures are probably the ones that have happened outside Estonia – Sónar Festival in Barcelona, Baltic Beach Party and Positivus Festival in Latvia, Red Bull Music Academy in USA… The most recent experience being the JuNouMi party in Warsaw – excellent atmosphere with great music, except that smoking was allowed in the club and the next morning my clothes smelled like I had been to a bonfire.

Technical: Previously (and occasionally still) vinyls, but for years now mainly Rane Serato. I like classical things like Technics decks and Pioneer mixers. But in the end it doesn’t really matter – what applies to the DJ-world nowadays is that it doesn’t matter what you use, but how you use it.

Advice: Don’t think of it as work. A computer or a CD-player can easily play the top 40 current hits on shuffle mode. It’s weird to look at DJs playing music they would never ever dance to themselves with an expression of suffering.

The Brand New Heavies You Are The Universe

Rick James Give It To Me Baby

Prince I Wanna Be Your Lover

In conclusion: There are parties in Tallinn that you will keep attending once you’ve been there, but there are also many people who have no idea about these parties. Saturday Night Soul at Clazz and Check One Two in Von Krahl are a couple of those parties. Mandatory events recommended by me in April are the RBMA party with DJ Zinc at F-Hoone on April 5th and the Dwele concert on the 20th of April during Jazzkaar.