Hanna-Stella has a blog called Planetaryfunk and it would surely make it into the Top 10 Estonian music blogs if such accolades were given out. As a proper music lover, Hanna-Stella has been keeping an ear out for indie beats and synth sounds from near and afar with sweet regularity. 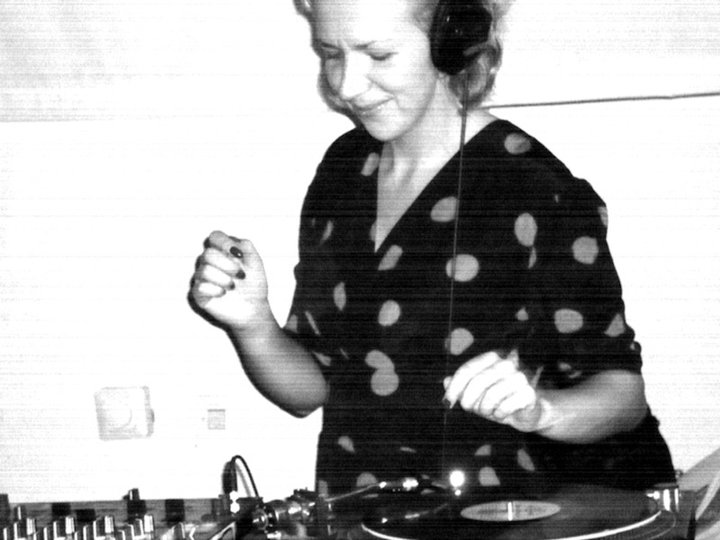 DJ debut: Officially it was at the birthday party of Estonian record label One Sense Music, held at club Balou during Tallinn Music Week 2009. Truth be told, however, I was already interested in what exactly went down behind the decks eversince I was little – I went to videodiscos at local culture centres at the end of the 1980s and the beginning of the 90s. I was happy to tweak the knobs if anybody let me.

Unimportant feature in music: I recently discovered that I pay little to no attention to lyrics. I can sing along to the vocals and know the words by heart – I suspect it’s because of the melody or rhythm – but the meaning is secondary.

What I play: My favourite music. I definitely can’t get over 80s synthpop, but my collection also contains all kinds of electronic beats and bass music. Also some atmospheric DnB, however, those are best suited for lazy Sundays at home.

What I don’t play: Eventhough I’d like to think I’m into a wide spectrum of different things and eventhough I don’t like generalizing, I must say that there’s a pretty big probablity I won’t be playing mainstream radio and MTV hits.

Best DJ memory: Probably that official very first time. I had diligently prepared and played through my set about ten times before. Of course, I was the very first to play that night at 10 PM and eventhough the place was completely empty I still dutifully started on time. And when people started arriving a quarter of an hour later, I decided to start from the very beginning again – it felt so great to see them smiling and dancing.

Technical: I appreciate vinyl and I also play only vinyl at parties. Of course, mixing doesn’t come easy this way because the music I like and play is often of a varying beat and tempo. I bought my first decks three years ago, but I still dream about having more time to practice mixing.

Advice: There are so many secret collectors that nobody knows about and who don’t play at parties, don’t release mixtapes and aren’t weekly residents anywhere. It would be interesting to find them and have them publicize their best picks one by one.

Andrés – New For U

In conclusion: I would like to see more women in recod shops and behind the decks. Also more vinyl and less mp3-business.