This year’s Positivus Festival will feature performances by one of the most noteworthy contemporary bands Elbow, along with Anna Calvi, Future Islands, AlunaGeorge, Chet Faker and NONONO, all of whom will play alongside Kraftwerk, Ellie Goulding, Bastille, The Kooks and many more. Positivus Festival will take place on July 18, 19 and 20 in Salacgrīva, Latvia. 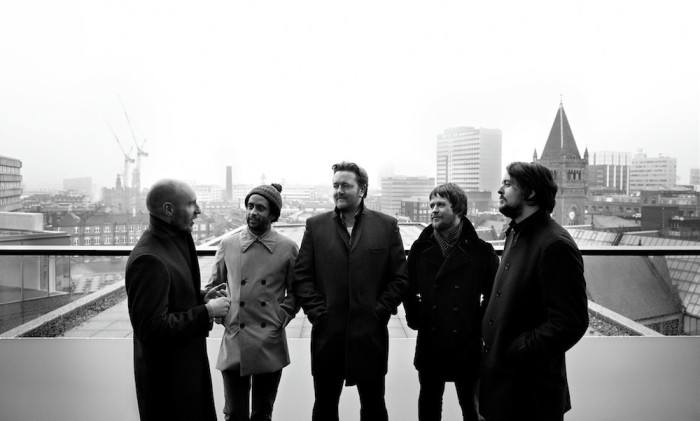 Elbow is one of those rare bands that can make grown men weep. They have truly earned their million wide audiences by extensive musical productions of the highest calibre. During the span of their career, Elbow have recorded the 2012 BBC’s Olympics coverage anthem “First Steps”, won the coveted 2008 Mercury Prize, headlined Glastonbury and are showing no signs of slowing down. The band released their critically acclaimed sixth record The Take Off And Landing Of Everything this March.

As soon as the seemingly fragile and perpetually red-lipped singer-songwriter Anna Calvi hits the stage with guitar and powerful vocals in tow, she transforms into a true femme fatale. Since first visiting Latvia in 2011, Calvi has been nominated for the Mercury and BRIT Awards, recorded a track with Noah And The Whale as well as released her critically acclaimed album One Breath, which bears true witness to her unique musical signature.

Future Islands is definitely one of this year’s most hipster-esque bands. Having formed in 2006, the band achieved widespread recognition with the release of their fourth album Singles this March. Their transition from aficionado’s playlists to bigger audiences is also partly due to the multitude of US Late Night TV appearances. The band’s signature style is undoubtedly the low, husky vocals of frontman Gerrit Welmers, which adds perfectly to their harmoniously dynamic style.

AlunaGeorge are one of the most interesting and notable acts of UK’s recent electronic scene revival. The BBC Sound of 2013 runner-ups and the 2014 BRIT Awards nominees skilfully create a mix of 90’s RnB, contemporary pop with UK’s garage and house influences, made especially distinguishable by the feminine vocals of AlunaGeorge’s Aluna Francis.

The electronica musician Chet Faker could easily be James Blake’s Australian counterpart, although he is gradually becoming a musical force in his own right. In 2012 Australian Rolling Stone selected his debut EP Thinking In Textures as their best indie record, with his track having been used in the 2013 US Super Bowl ad. This year Chet Faker is moving on to even bigger stages across Europe with his critically acclaimed debut record Built On Glass and it’s hit single “Talk Is Cheap”.

Although formed in 2012, the Swedish indie-pop trio NONONO have already proven themselves to be the inventors of the bubbliest and sweetest melodies of the moment. Their lively hit single “Pumpin Blood” will be the perfect tune to dance to at this summer’s Positivus Festival!