The sound of drums fills the street. I’m dressed in full samba costume. Platform shoes, sequins and a large feathered back piece. My feet stamp to the beat of the music. Sweat is running down my face. I’m dancing and there’s a wild, happy feeling in my bones. Everything is vibrating in tune with the “bateria” and the surroundings. Everyone is swinging to the rhythm — jesters, dancers, musicians and the audience. Together, we create a resonance that fills the street. I’m in a carnival state of mind at the head of a swaying carnival procession moving down the Avenyn. I smile at the people I meet. They smile back. The sun is shining. It’s summer on Gothenburg’s main boulevard. The new city festival Göteborgskalaset is launching the nice and happy Gothenburg by offering a shrimp fest. Fiesta is in the air. 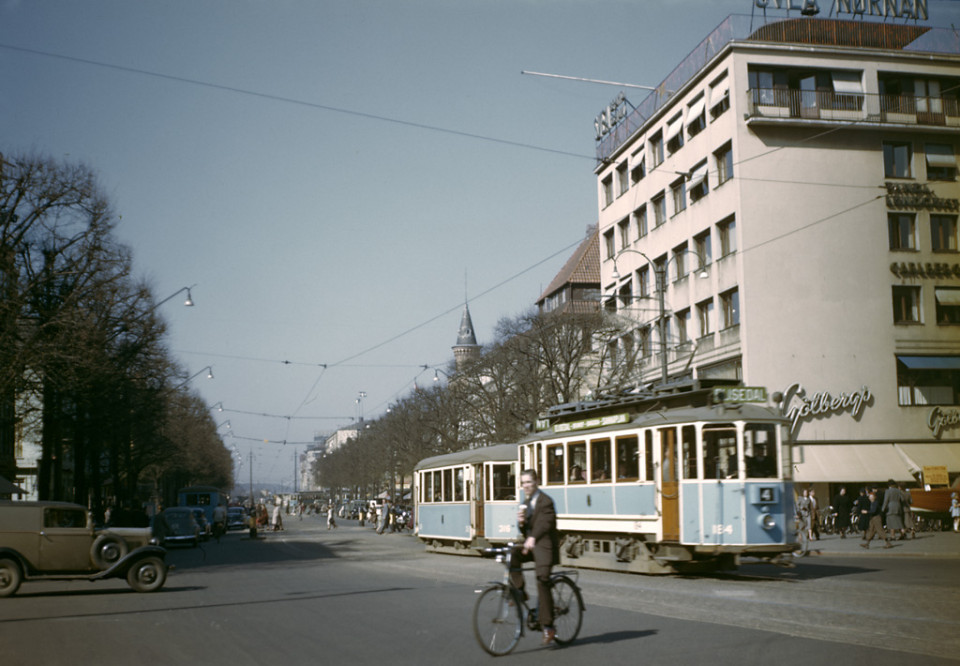 “What we’re after is a bustling party atmosphere, with a carnival procession that winds its way between the tables, turning into one big party. The entire Avenyn will be jam-packed with people you know. A carnival procession combined with a shrimp fest, it’s going to be great!”

The week before I’m on the phone with the Gothenburg city organizers. The A Bunda Samba School had been hired to dance a carnival procession from Götaplatsen down to Stora Teatern. We’ve been dancing and playing on Avenyn in the Gothenburg Carnival every year, a grass roots festival usually arranged by the residents themselves, volunteers, activists and artists. But this particular year, there hadn’t been any carnival. Rumor had it that the necessary permits had not been granted, the city no longer wanted to shut down the traffic for a few hours.

I listen to the new Gothenburg Festival organizer, with the Samba school’s contact list on the table in front of me. The year is 1994, a time when cell phones and Facebook didn’t exist.

We set up a calling chain to get people together for the show, and lots of people want to take part, because this summer it seems that there’s actually going to be some form of carnival in the city.

“So what about the traffic? If we have to take ourselves from Götaplatsen to Stora Teatern the trams and traffic will have to stop while we proceed down Avenyn.” “No problem. I’ll take care of that.”

We arrive at the intersection at Valand. Long tables are set up in lengthy lines along the tram tracks. The shrimp fest starts here. It’s packed with people. They’re balancing white paper plates piled high with shrimp and transparent plastic mugs of beer. They’re sitting at the tables, squeezing together on the benches. Some get up to fetch more, others stand around keeping an eye out for seats. It looks crowded. We’re wearing sizeable costumes. The “bateria” is marching several abreast, with big drums. We’re getting closer to the tables. I’ve got a decision to make.

My feet are dancing fast on the asphalt and my thoughts are moving just as quickly. Will there really be room for us? The organizer wanted the procession to move between the tables, making it one big party. I’m young and this is my first time being responsible for a gig like this, as well as being the contact person for the organizers. Should I follow the organizers’ wishes or listen to my experience as a carnival dancer talking? Most gigs are arranged by carnival association and volunteers, but this time we’ve been contracted by the city festival, and given a clear picture of what they want. On one hand, it’s crowded between the tables. On the other, we take part in loads of festivals around Europe every summer and things usually work out even when it’s packed. I decide to go for it and lead the procession through the tables.

A middle-aged couple at the end of the first table smile and nod to the beat of the music, while peeling shrimp. My large gestures and dance moves are more at home on the wider space of the street. I dance my way in behind them, holding my arms high and stretching myself into a carnival pose. Becoming as narrow and tall as I can to make room and be seen above the crowd. The pearls of my costume swing close to the seated eaters.

People are busy eating. They have no intention of budging or leaving their seats. I dance on between large backs crouched over their seafood. I try to turn around but my feathers brush against people who are eating. They get annoyed. “Go somewhere else,” they yell. I get mayonnaise on my samba costume and try to turn around. A large man is passing over two mugs of beer to his buddy. “Watch the beer,” he shouts. The feathers of my back piece brush past his face as I turn around to get out of the way. He jerks, spilling the beer. There’s a big wet spot on my tights. Another splash lands on a girl sitting alongside. She screams when she feels the cold liquid running down her back.

The logic behind a carnival is to give, to hold a party together on the streets, to unite in a sensuous experience among all the differences. A party with fluid boundaries between the actors and the spectators. It’s a game. A carnival procession can get the public space singing and vibrating – with joy, in protest or as a manifest. The carnival is powerful and complex. Everyone is a participant in an inclusive ‘we’.

And the logic behind the shrimp fest? Well, the city throws a great event with free seafood. The city gives and the residents and tourists receive. It’s popular and has limited seating. Standing room only. You go there, enjoy great food and sit back and enjoy it as a spectator and recipient. The aim is to get what you expect. A logic that includes a clear ‘what’s in it for me’ attitude. I look down at the ground to focus on whatever space there is. Shrimp shells crunch under my platform shoes and I slip on a paper plate. The eaters hold out their arms to protect their plates and plastic cups. They start blocking my path, sitting further out on the benches, sticking out their backs. Getting through them becomes impossible. A sequin gets caught in someone’s sweater. I yank myself free.

So who am I in this situation? An exotic decoration that’s come too close? Someone who doesn’t know how to keep proper distance from the party? Someone who doesn’t understand that I’m just the entertainment – not a guest? Or am I a local dancer and art practitioner at a common party with all the other residents who are here? That’s how the Gothenburg Carnival felt in previous years, and that was the ambience the new Gothenburg Festival organizers hoped to create. But the two logics crashed. Right in the middle of my dancing body. And it hurts.

Behind me more dancers and percussionists press on. A sticky hand pushes me hard to force us back. I yell to my colleagues, trying to make myself heard above the drums. “Turn around everyone, we can’t get through!” But nobody hears me. Those at the back who haven’t yet entered the space between the tables march happily forward. Suddenly I feel naked in my sequin costume.

In the end, we all manage to exit the shrimp fest. The musicians at the back look like a big question mark, because they never entered the space. I look down the remaining stretch of the Avenyn. The street is closed off to make room for all the shrimp fest tables. What’s left is the sidewalk. The “bateria” starts playing again and we start afresh. I go first and take the lead.

I look down at the ground again, wondering what the asphalt thinks about this. The main street of the city that we’re on. A public space that’s used for parties, rallies and protests.

Who is entitled to be here, and on what terms? What kind of agency is possible on this asphalt and in this situation?

The carnival procession continues alongside the party. My body’s shaking. This time it’s not a pleasant vibration in tune with the surroundings. I clench my teeth, keeping up the facade, and continue to dance. We’re moving along the left sidewalk. On my right, the shrimp fest continues like nothing has happened. All I can see when I look down is the legs of the table. And they’re standing on the tram tracks.

Twenty years has passed since the event. And it’s had an impact on my artistic practice. Indeed many of the dilemmas I faced are still interesting to explore and consider today, even if times have changed. Gothenburg has succeeded well with its new profile as Gothenburg The Event City. Göteborgskalaset, the Gothenburg Festival, changed its name to Kulturkalaset, Gothenburg Culture Festival, at the end of the 2000s. The Gothenburg Carnival never returned. Over the past 20 years, the city’s development is similar to that of many mid-sized cities in Northern Europe, in its quest to transform itself from an industrial city to an information, university or event city.

In hindsight, the episode from 1994 is a symbolic event and tangible manifestation of how I with my body, as a local art practitioner and dancer, was squished, squashed and forced off my path by the city’s new agenda. My physical artistic practice was and is the place where the politics of public space and philosophy meet. Where opposing interests act out and become visible. 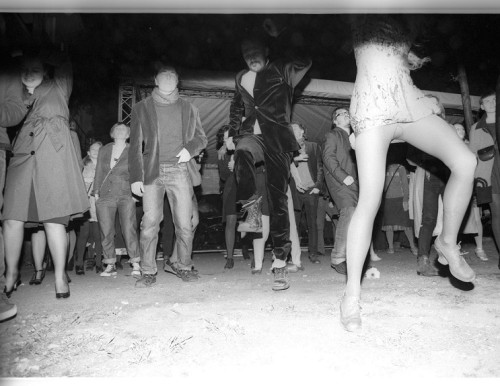 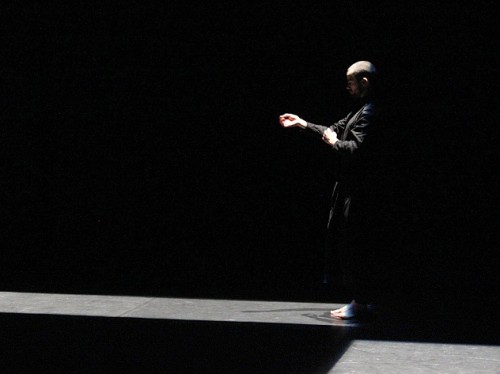