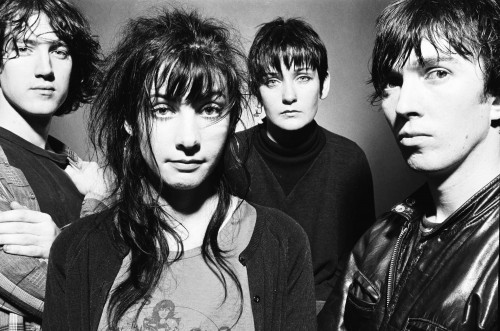 Founded in the early 1980s, Irish band My Bloody Valentine returned from a 22-year break from recording in February, and will now perform at Flow this August. Their previous record, 1991’s Loveless, has become one of the most highly praised, undeniable classics in its genre with its uncompromising buzz. This year’s m b v is one of the most impressive comeback records ever.

Other new additions to Flow’s lineup are New York’s Parquet Courts withits garage-sounding ruckus and roll, the new star of alternative pop, Grimes, and Junip, the band fronted by the master of timeless folk José González. Last year’s Visions from Canadian Grimes was at the top of countless best of the year lists and Pitchfork picked Oblivion as the best song of 2012. Grimes follows-up her success with a fourth album expected in autumn 2013. Junip is also set to release new material in April.

Earlier, artists such as Kraftwerk 3D Show, Nick Cave & The Bad Seeds, The Knife, Bat For Lashes, Beach House, Kendrick Lamar, Godspeed You! Black Emperor, Haim, Solange, Azealia Banks and Of Monsters And Men have been announced in the lineup.