Those who keep thorough tabs on Estonian music scene, know Mart Avi from paranoic indie-rock group Badass Yuki and Stones & Holes, which originates from the industrial scape of Estonian small town Tapa. Here among other things we talked about polar expeditions, collecting precious stones and Gavi di Gavi wine. We also asked Mart Avi to let us in on what’s behind his recent solo debut After Hours, released under the label Porridge Bullet. 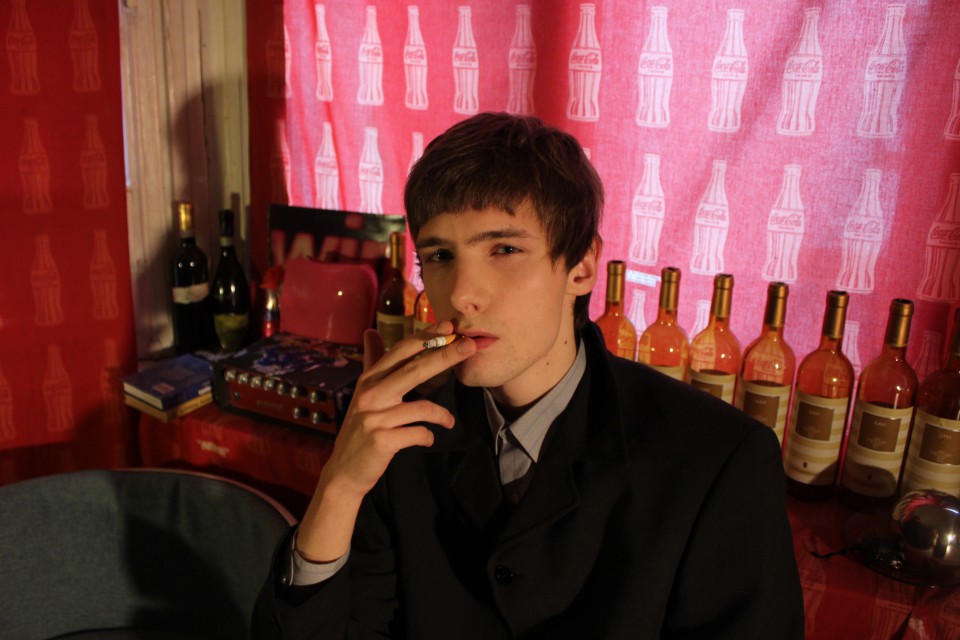 What can the audiences expect from the debut album by Mart Avi? How does it differ from Badass Yuki’s Black Apple Trip?

After Hours comprises of material that I created right after the Badass Yuki debut came out. In some ways it is a continuation of Black Apple Trip, although sound-wise it differs from it completely. Black Apple Trip has been classified as a psychedelic record, however, I wouldn’t really call it that. For me it is machine-like and technological from beginning to end and because of that slightly paranoic. There is no psychedelic “expanded sense of perception” or esoteric essence, but instead it is rational. The cover design also hints at that. It’s about what happens when the factory director doesn’t know yet which buttons to press and the machinery ends up functioning unpredictably. The ideas on After Hours are similar, but in a more personal format. We are not dealing with machines anymore but humans. There’s room for human emotions and maybe even sentimentalism. After Hours also deals with human absurd which is also reflected in the texts accompanying the record. In “Nimrod Expedition” I used the life of Sir Ernest Henry Shackleton – a polar explorer – as inspiration. He survived one of his expeditions because he and his team reached Elephant Island on lifeboats. About ten years later he returned to the island and had a fatal heart attack. It made for a rather unsavory reading – what with using penguins to heat a fireplace or feeding the sleigh dogs with the meat of their own kind. One of the recurring characters on the album is also count Paul von Sivers who was the last estate owner in my birth-village of Vara. My ancestors came into contact with him. He was said to have been a lonely and strange man that nobody took a particular liking to. As a child I once cleaned up his final resting place at the local cemetery; it’s surrounded with a wall and has a broken iron cross. Nettles grew there in summer. It’s just so existentially absurd. What’s also absurd is me using that experience now in my work.

Could After Hours have been a Badass Yuki record?

In no way could it ever be a Badass Yuki record. Badass Yuki operates on another level with a certain gang mentality, because I’m not on my own there. After Hours can only be one person’s record and that is evident while listening. Maybe even too much.

How did the collaboration with Raul Saaremets come about?

I’ve got no cool stories about that. It just happened and since then it’s been working out pretty well. I think we’re both glad about that.

And how did you find Steve Vanoni?

Steve Vanoni was already friends with Raul. At first we only planned to use the saxophone in one certain song. In the end, however, the sax parts actually ended up in other songs and we started performing together. Vanoni’s euphoric “Ya-ya!” before gigs keeps the nerves calm and neuroses at bay.

Did you contemplate going solo already before Raul contacted you?

I wouldn’t really use the term solo project here. I don’t do project management. I’ve been an independent musician for nearly ten years, which is also what pushed forward Badass Yuki. I have a considerable creative portfolio aside from After Hours, however, these things may not merit the same attention. I circulated six copies of the original version of After Hours a year and a half ago, thanks to which it’s now come to an actual release. It wasn’t something I had planned, it just happened. I’d like to stress that the vinyl release of After Hours is not exactly the same version that the six copies were. There have been changes in the substance as well as the format. Altogether it is basically a whole comprised of style and subculture, an artistic portrait of me – Badass Yuki, Stones & Holes, collaboration with Ajukaja, and Mart Avi.

You have no actual education in music. Has it been an occasional hindrance in your work?

I can’t actually play any instrument the way they should be properly played. I can control my voice to some extent, but my real instruments are ideas and knowledge. I also play with what is outside the border of music.

“In So Many Ways” recently received the addition of a music video, which is quite absurd and made me wonder should I try and find some deeper meaning or not. So is it absurd?

Well, I guess I can’t really reason here. The captain arrives back from his expedition. He has brought along a monkey, but it is no mere monkey, but quite a special one. If you give him the formula, he is able to vomit precious stones. I developed an interest towards gems in early childhood. I created my personal museum of “precious stones” where an assortment of rocks made up a collection of minerals with imaginary names. Nowadays I own an actual mini-collection, which is also visible in the video. You can see opals, agate, jasper, tiger’s eye…

It says SiO on the blackboard in the video, which signifies silicon monoxide. Yes, it is a part of what makes up the structure of various quartz crystals.

Whose idea was that narrative?

The making of it took one evening and before we began, we had no storyline. We had specific details that we put together as a whole during the process. The centre of the ideas and execution was director Allan Hmelnitski, whose specific static shots and clever lighting solutions made the video into what it is. More like Hitchcock and less David Lynch.

The website of Porridge Bullet lists one of the genres you’re active in as wine pop. Wine also makes an appearance on the cover of After Hours – a shelf of Gavi di Gavi. What’s wine-pop and what’s up with the wine-business?

In some ways the Gavi is an extension of myself. Gavi di Gavi is an excellent wine, but not only that. It also carries a somewhat symbolic meaning. I collect bottles of other releases by this estate as well. They’ve got really nice label designs.

What’s the state of current affairs with Badass Yuki and Stones & Holes?

Badass Yuki is working on its second release, which will also most probably be released this year. We’ve got the songs and there’s not much left to do, but I’d rather not say more at this point.

Stones & Holes. Maybe in five years’ time this band will make a new record, maybe not. Let’s just hope that Stones & Holes have earned its place in the Tapa rock’n’roll hall of fame.

Do you keep an eye out for new music?

I’d like to especially point out King Krule, who is a Scottish lad who hasn’t yet released an album, but the probability of it being good when finally released, is high. Currently there is no particular niche for my own work. In this respect I’m homeless and I guess this could also be said of King Krule. Being homeless – it’s actually not bad. I listen to the radio daily and not only the evening-night time genre shows. I don’t live like a hermit in a cave somewhere where Rihanna’s voice doesn’t reach and where Frank Ocean is denied entry. Through radio I have access to things I don’t particularly agree with – like Mumford and Sons – but there’s a certain charm to that as well. Without all of that it would be very difficult to grasp the bigger picture of pop culture, so this information is also valuable to me.

How does the time you spent living in Luxembourg influence what you do?

A man in the heart of old Europe. Trains jetting off to every direction. Paris just a couple of hours away. It was definitely an exciting period and it was also where I became friends with Paul – a friendship that evolved into Badass Yuki. This one time I wanted to go to the shops, but took the wrong bus and ended up in Belgium.

Have you ever thought about taking your projects abroad?

It is not really my goal. If something should arise…well, fine, but it’s not what I’m working for.

You once said about Badass Yuki’s “Changeling” that you created the lyrics based on visuals in your mind during singing. Do you ever just sit down and start writing?

If I sit down, I do so to just sit or eat… I can’t really say that I’m working on poetry. I am either putting together imagery or taking the part of the narrator to tell a story. What makes up the lyrical side is dictated by the sounds. I usually pick words based on how they sound or what kind of vocal options I’m looking for.

In January you performed at a same event with Maria Minerva who has been given the title of lo-fi princess, lo-fi is also in general very present at the moment. What do you think about this genre?

Lo-fi is not some kind of a goal in itself, it is defined by possibilities and situations. Use of it as an artistic element does not interest me. If I had enough resources to afford great recording equipment at home, I would be stoked. At the same time, it is not a problem if that does not happen. I wouldn’t want to waste too much energy on tweaking the sound quality of what I do. It is not really something I’m interested in as I don’t have much technical skills.

Do you ever get tired of the creative process?

I would get tired if there wasn’t any progress. My collaboration with Ajukaja, released this year, is probably the best thing I’ve been a part of so far, and I’m pretty sure I can say the same thing about the up-coming Badass Yuki record. I’m excited.