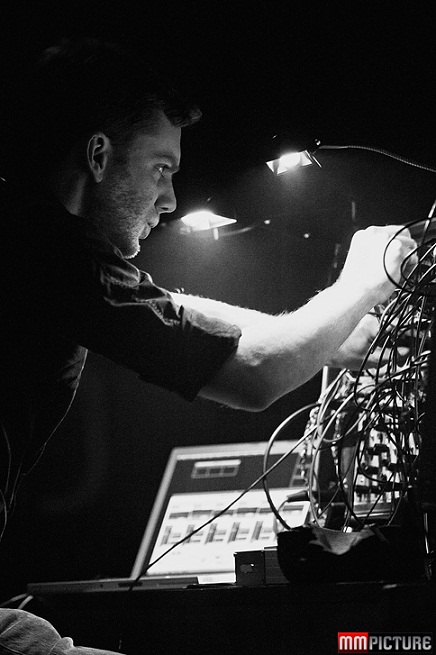 You were born in Leiden, what brought you to Berlin?

I studied in Amsterdam, at the Rietveld art school. From Amsterdam I went to New York to study there and after a year I had to leave the city because my visa was running out and I had no money left either, so I had to return to Europe. In New York I realized that I didn’t necessarily have to live in my own country and that I could go elsewhere from there instead. I had close friends in Berlin, even though I’d never been to the city, who said: “well, if you don’t want to go to Amsterdam why don’t you come here” — and that was 11 years ago.

When did you start playing?

Shortly before going to New York, in 1998. My first handful of concerts were in Amsterdam, but the year in NY was important for me, because people actually asked me to play concerts and people suggested that we play together and so forth. All of a sudden it really felt like there was a scene — a circle of people from different backgrounds: some of them from noise-rock bands, like Sonic Youth, and some from avant-garde classical music, like cellist Charles Curtis. These people were friends at the time — experimental jazz musicians, electronic musicians, everybody mixing together. They worked together, hung out together, were interested in each other’s fields.

You started playing noise music from the beginning or was there a jazz period or something else?

I play saxophone, but I never had anything to do with jazz. I basically picked up the saxophone with people like Evan Parker and Borbetomagus in mind. They were inspired by jazz, but I wasn’t really, not directly anyway. I always played around with electronics as well, before I even discovered the saxophone. My background is more in the experimental music/noise/post-punk fields; jazz was never really a part of it.

How can you describe your music?

I usually don’t. The foundations for what I’m trying to do were laid in the 60s I think; American experimental composers like La Monte Young, Alvin Lucier and David Tudor or Pierre Schaeffer and Bernard Parmegiani from France, the pioneers of electro-acoustic music/musique concrète. Work from that era is still inspirational and influential to me. But having said that, when I started out I was probably listening more to Japanese and American noise music, and tape collage people like Ralf Wehowsky, not necessarily “high brow” stuff.

To non-insiders I sometimes say I play noise music. I like the phrase “noise music” just because for me it means music made from noises; music that is a construction of sounds that people don’t normally associate with music. I think I’ve seen people describe my stuff as ambient, minimalism, glitch; sometimes even free jazz when I play saxophone. To me it doesn’t really matter. Listeners have very different backgrounds and for some people it’s a difficult question of how to judge “success” in music that doesn’t have any of the usual established characteristics (laughs). 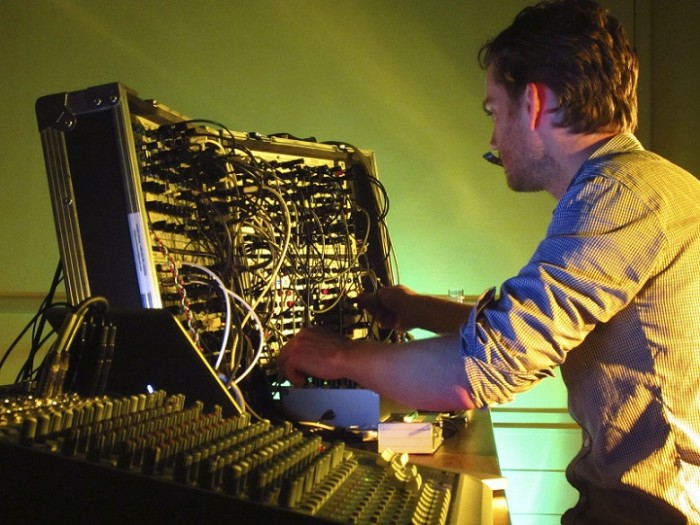 How do you judge success in your concerts?

If I felt a kind of a flow, a sense of things moving organically, in the right time somehow – you can feel that tension and energy. Is there an intuitive logic to the way sounds grow and disappear, arrive and change? As with any concerts, there are many ways where you can fuck up: things can be too random, too static, too long, or too many things squeezed together. For me the most important thing is a sense of intensity and focus.

You studied time-based arts: film, video, installations. Do you do these kind of projects now?

I still do installation work. Mostly sound installations. Different kinds of sound environments; modifications to the acoustic character of rooms and spaces.

Does it involve a lot of physics?

I suppose so; it’s often a particular acoustical behavior of sound that makes these ideas possible, or sometimes impossible. The ideas can be difficult to realize, because my installation work doesn’t deal with musical time, but much more with sound that doesn’t change a lot over time, as an alternative to how music changes. The installations deal more with sounds that change over space. Making zones of sound and zones of silence in the same space for example, where you actually step from “sound” into “silence” – things like that are difficult to do, because they almost involve fighting the laws of physics, since sound normally reflects from everything and then exists everywhere. For example, if I turn my head away from you but I keep talking – you still hear me – it’s very difficult to focus sound.

There can be these moments in public spaces or in architecture that are really strange – echoes, psycho-acoustic moments when you are in a space speaking and all of the sudden you hear your voice in the distance, or up there, or whispering in your own ear with a delay – these kinds of phenomena make you really aware of how your own voice travels in a room and how it can be fragmented. Psychologically it is quite a bizarre moment to hear your voice speaking to you in the distance, because you’re used to it being over here. My installation work is more about disturbing perception of yourself, so that’s more a psychological triggering moment for the recipient.

What do you think about Tallinn, does it fit for sound artists?

There are a lot of really unusual and inspiring buildings here. For example, the seaplane hangar next to Patarei is one of the most exiting acoustic places I’ve ever been to. Patarei prison, Kultuurikatel, the hangar, Linnahall they’re all extraordinary places, and we were lucky they were both disused and accessible. One person even drove me to visit some abandoned soviet missile silos deep in the forest; these circular tunnels with echoes coming from inside. Of course it’s quite a beautiful city aside from these strange places — the places that we visited are largely unknown to visitors and younger locals I imagine, because many of them have been empty and closed for such a long time.