“Someone just described my music as minimal jazz and I was like, okay, cool. But God knows, I just make music.” This is how Chris Ward, known to the general public as Tropics, comments on his music. His pseudonym also speaks for itself delivering images of rainforests curved under summerish sparkle of chillwave, but also bearing some resemblance to that of Mount Kimbie and Toro y Moi. But as with many other artists today, we can also spot mellow RnB vocals, soul and groovy touch of funk intrinsic to sadwave. As Tropics will be performing at club Sinilind in Tallinn on 13th September with his live band, we chatted with Chris and asked about his evolution as a musician. 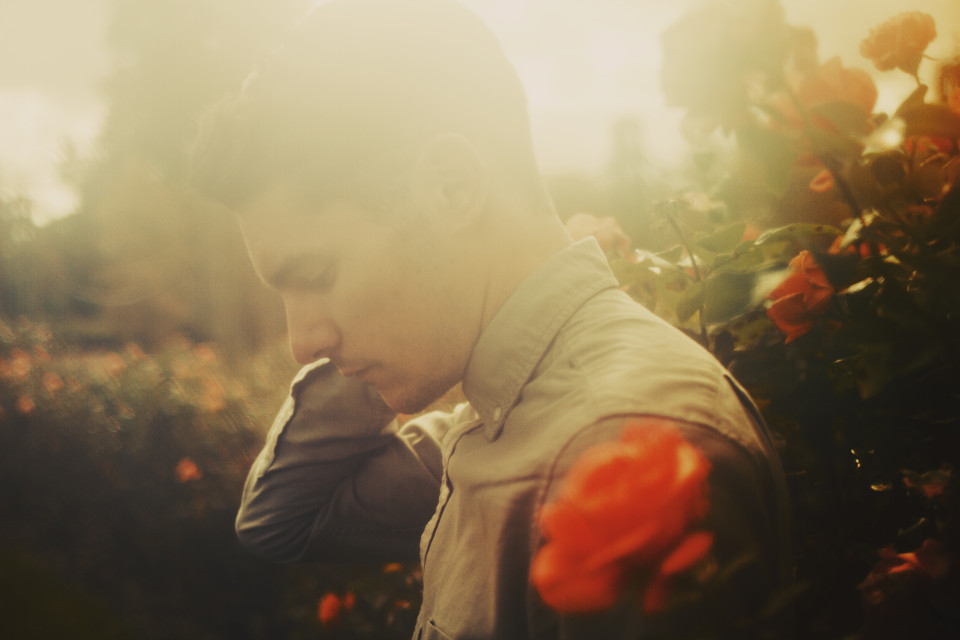 When did you start making music as Tropics? Did you have any other projects before that?

I did, but they didn’t really leave my bedroom. I’ve always done the same thing but only started calling it Tropics about four years ago. And that’s when I started to take it more seriously.

Haven’t you ever considered being in a band?

I did when I was younger, but I was a bit too introverted for that. Everyone was really good with instruments. I, on the other hand, got a computer when I was around ten. It was a really shitty old computer and I figured out how to record stuff onto it. That’s sort of how I became a producer.

You’re pretty good with drums and keyboards by now. Did you learn to play them by yourself?

Yeah, pretty much. I started playing drums when I was about ten and guitar when I was twelve. I suck at guitar, I just can’t pick one up, but I started teaching myself keyboard and how to sing over the last 5 or 6 years.

And then you went to the university to study digital music. Was this a decision that was already written beforehand?

I don’t know. Everyone was at the university and I was having kind of a strange time in my life. I dropped out of school and my parents were giving me a go. The only thing I was really good at was digital music so I thought I’d try and get back into education. I got accepted to the course, but it was funny because it was all kind of easy. There was a term where you’d be learning how to DJ and how to do a DJ-set, though, to be honest, I didn’t really go in a lot. I got some technical knowledge out of it – studio knowledge, for example, and met some great people like Keith (Vaz – M.M.), who’s playing bass in Tropics now. So yeah, there were good things. I think I was lucky that it turned out the way it did because I didn’t have to concentrate on the university that much and could spend this time focusing on my music and developing that. And when I had to hand something in, I did something that I’d done for Tropics.

You were discovered by Jamie Vex’d who then introduced you to Mike Paradinas, the head of the Planet Mu label. How did they find you?

I was just uploading songs on SoundCloud and Myspace – that’s how they found me and wanted me to sign a record deal with them quite soon after. I had never even really made any music in the studio at that time. I think Mu is a very good initial platform – just by looking at Machinedrum and FaltyDL who have also started off at Planet Mu. It’s like a gateway, it did a lot of good things for me.

Being signed to a label also involves deadlines. Does this put limits to your creative process or is it more convenient if you know you have to be ready with your stuff at a specific time?

I think it’s better. I’ve always taken my time with what I’m making and usually got distracted. I found it hard to work with deadlines before, but I’m used to it now. In the beginning I’d think you can’t force yourself to make loads of music for a label, but, you know, I make music because my label are great people and they’re inspired by music just as much as my friends are. That makes it kind of easy to do what needs to be done. I still have lots and lots of ideas, so deadlines don’t worry me.

On your first EP, we didn’t hear your vocals at all, but now we do. What’s your relationship with singing?

Yes , I’m definitely getting more comfortable with it. It wasn’t easy at first because I’d always just produced. Like you said, on my first EP I never sang, but I started to try it out with my first LP. I was very shy at first and tried to organize vocals more on the background, almost as an instrument and used a lot of effects over it. Over the last few years I’ve got more into RnB, soul and dance music where the vocals are just so clear and front that I thought I’d just try to have my own go with that sort of thing. With a lot of practice you get your voice right and really start to hear the character in it which I wasn’t able to do right away. So yeah, it’s developing and it’s exciting because every time I write a new track, the voice seems to get a little bit stronger.

So you haven’t taken any singing lessons then?

I took one or two, but I just don’t have the patience for things like that. I have to figure it out in my own way and I think this is how I’ve done it really. I’ve looked a lot of stuff on Youtube, talked to a lot of friends who are singers and had advice from different people. I think now I feel quite comfortable integrating that into what I do.

There are many really talented people making music, but one thing is to do it in your own bedroom and the other to take it on the stage. Was is it difficult for you to get used to performing at first?

Yeah, definately, because I hadn’t been really playing on stage with a band up until the day I got signed. I wasn’t very confident in the beginning and I think it showed a lot. But yeah, we were lucky to go straight into quite a few gigs and toured a lot for a year or two. I’ve learned a lot about how to tailor my sound for the stage, so I love playing and I love the guys that I perform with, they’re my very close friends.

Your music has been compared to such artists as Mount Kimbie and Caribou. What are the genres that you actually draw your inspiration from?

I’m really bad with genre names… I’ve just finished my second album now and it’s very very vocal based and consists of many emotional songs. It touches on RnB but I wouldn’t technically call it RnB music. I use a lot of large drums now that I think derives from indie rock that I used to listen to a lot. There’s the use of ambience and heavy textures, but I also called it soul or minimal. Someone just described my music as minimal jazz and I was like, okay, cool. But God knows, I just make music.

Your music carries really summery vibes. What are these emotions you want to put forward with it?

I’ve tried tailoring it in a certain way. Before I first started doing vocals, I used to be kind of vague or think, “Oh, this is too sad or I’m singing too much about love.” But I mean, especially with the album I’ve just finished now and the direction it’s gone, I’ve learnt I don’t have a lot of control over it. I want it to be as real as possible and get the emotion and the soul come through. I write things when they’re on my chest and when I’m going through something. It’s often to do with relationships, you know, the usual. There’s stuff about family and friends, like friends that I’ve lost. So it’s pretty emotional and quite deep, but that’s something I’ve learnt to embrace. I pushed these emotions away a lot before and tried not to go too deep or try not to sing about things that are too corny or too cliché. But it’s become a natural thing right now and I like to think that it’s something people can connect with. I mean, as long as it means something to them in a good way when they hear it, then that’s cool, that makes me happy.

What are your plans for the future with Tropics?

We’re trying to develop the live show a bit more at the moment. The next step is to see how to get our gigs as engaging and as atmospheric as we can. I’m not sure what that might be yet though. But yeah, just really developing it so people would remember what it was like they went to see. I also just finished my new album. I don’t wan to talk about it too much because it isn’t still gonna be out for a while but we’re gonna be streaming something from it pretty soon. Like over this month or so. And I’m also working with a lot of other musicians at the moment for a couple of features.

With whom for example?

With Bondax and BadBadNotGood. I got to meet them both recently and I love them. So it’s cool to be able to get together, make music and see what happens when you combine the two of us. I wanna do that as much as possible at the moment and work with as many other artists as I can. So yeah, just keeping myself busy.

So can we already expect some new songs in Tallinn?

Yeah, we’re gonna try a few out if that’s what you guys wanna hear. It sometimes happens that if you play something new that the audience hasn’t heard yet, you might lose their attention a bit, but it seems that everyone’s quite interested to hear the new stuff and I’m really looking forward to doing it in Tallinn.