18-22 November saw the happening of the 15th International Short Film Festival Sleepwalkers in Tallinn. One of the six jury members was Lai Kin Chang – person usually responsible for international relations at RITS, School of Arts in Brussels and deals with the distribution and film festival activities of the graduation projects of the school. After studies in animation, Lai Kin Chang has worked as a freelancer on shorts, commercials and several feature films such as Lars the Polar Bear and Oscar-nominated animation film Les Triplettes de Belleville. She is a producer of the author documentary Chopstick Conversations, a Chinese diaspora, which will be released in the beginning of 2015. Lai Kin has recently received funding from the Flemish Film Fund to write her first feature length script. 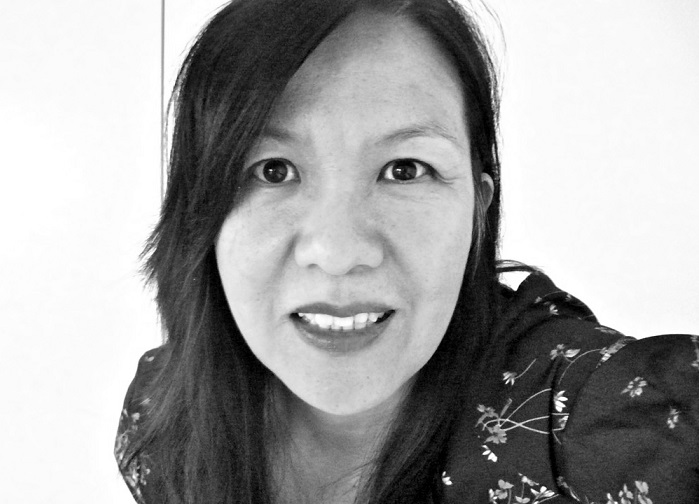 Why did you decide to tie your life to animation?

My animation studies had a very clear reason – I wanted to create a world of my own and have control over it. I studied art when I was younger, so I had no doubts about going into animation.

What are the most important aspects of animation?

I find it fascinating because you get to do whatever you want. Your imagination is your weapon. I had to create a lot of emotions for the characters, so it was a very exciting experience. You get to work on a lot of animals when creating emotions for characters. You have to understand how they walk, move, look or feel to really nail the character. Capturing this is crucial in animation!

Surely an animator has to have an exceptional imagination?

That’s right, feeling empathetic towards your surroundings is vital as well. For example, if there are talking teacups or trees in a film, you have to be able to understand them.

What do all animators have in common?

I see a lot of students in my daily work. The animation department students are usually rather reserved and not very talkative, they are just that engaged in their own imagination. However, students from the radio department chatter non-stop!

What are the most difficult aspects of animation?

It takes so long, all the processes are so slow! A hard day’s work means creating a mere three or four seconds worth of material. It takes forever to see any results. Especially, if you have a lot of characters. I wasn’t working on a computer so I had to draw everything myself. It was a very intense process. If you aren’t working for a big studio, then you are working at home by yourself. You may not see other people very often and might feel rather lonely.

What should those who want to work in animation know?

This is a great question… Regardless of the type of film, it is crucial to have a sense of empathy and the ability to notice people’s opinions and feelings. You have to notice and channel these into your current project. I would recommend all the young people to open your eyes and see as much of the world as you possibly can. Don’t be ignorant towards anything! I think it is important not to ignore the little things in life, they are just as significant as the big things. These smaller elements can amount to something big and beautiful. And everyone who desires creativity, wants to create something beautiful.