We got a chance to chat with Kai Campos and Dominic Maker, two men behind the UK duo which has taken its name after Nick Drake’s song “Kimbie” and The Microphones’ album Mount Eerie. Topics tackled included their record crafting, stumbling upon a rare drum machine collection and one unfortunate sofa. 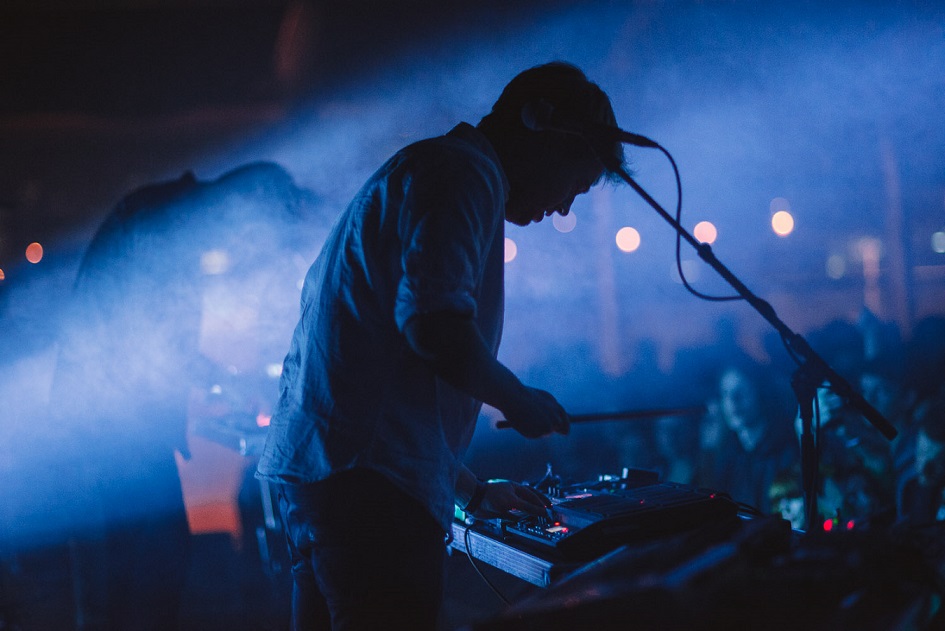 You have been referred to as the pioneers of post-dubstep. How did the process of finding the so-called “sound of Mount Kimbie” evolve? When you first started with the band, did you think of your music as something that sounds different from everything else?

Kai Campos: It was the combination of our lives up until that point. It wasn’t planned. I don’t know anyone that makes music with a plan. Maybe they exist, but we just made a record.

Dominic Maker: The feedback came after the release.

K.C.: It’s just a record, but you have to make a story around it. It’s a combination of thousands of hours of messing around with the music and ending up where we are now.

Many musicians say that after releasing an album they have to take some time off to be able to start with a new one. After Crooks & Lovers you did the same, but also spent a lot of time touring. What kind of influence did this period have on Cold Spring Fault Less Youth?

D.M.: To be honest, I don’t remember any time off (laughs). We just had a week or so to enjoy, but had a really really hectic schedule for literally two years. That was a frustrating thing, because we didn’t get any time to write. We think that we can’t do that very well on the road either. So at some point we found ourselves in a situation where we hadn’t written a song since two years. After that we went back to the studio and worked for about six months. I had forgotten how to make music at that point (laughs). We still got some ideas during the tour though. That came from buying a little portable synthesizer. Picking up stuff like that means that we can write. In America, we got a tour bus which we’ve have never had before, so there was a little bit of space in there, but we generally work better when we’re at home. Or in a space that we feel more comfortable in.

How does your writing process look like? Do you work together or separately?

D.M.: It varies. The studio we’re recording in right now is massive, but the one we had before was a smaller room and it was very difficult if there was two of us in there. There was only one sound. In the new studio, there is a lot more room to play around.

You also collaborate with King Krule on your last album. Why did you find him to be the perfect collaborator and how did this process function?

D.M.: We are big fans of his music. It just felt like a right thing, because usually we don’t tend to search for collaborators and people to work with. We have always said though that we would like to work with King Krule. He lived very close to where we were recording. He just came in and it was a very natural process. We all had sort of a same flow.

K.C.: We wanted him to be involved in the process from the very beginning. He was singing and we were writing music around that, plus he was also suggesting let’s do this and that.

In your previous work, you have used a lot of field recordings. What kind of sounds are the ones that fascinate you and which have you used in your music?

K.C.: It’s not like we have found an answer to making music through that, in a way that these are good sounds and those are bad sounds. It’s the context in which you are at that time. When we started out, recording outside was quite exciting, because we didn’t have a lot of equipment. That was the way to get certain rhythms and certain melodic ideas that we wouldn’t have been able to reach in any other way. It’s like trying to work something around something else. Like a collage.

D.M.: We could borrow the field recording microphones from the university we both went to. That was the main reason for that as well. We couldn’t have afford them otherwise at that time.

K.C.: But when we came to the second record, it wasn’t like field recording is our thing. I think we still have the same attitude towards what, how and where we’re recording. It’s just to tape a lot, go through it and try to find sounds that are interesting.

D.M.: We don’t get just ideas but also pleasure from recording a drum machine or a synthesyzer for an hour. Simply walking around in London even.

K.C.: People also think that if you record something outside it’s more organic, but that’s not where the human aspect is. There’s also human aspect in synthesizers and drum machines. In all manner of things. It think it’s a little bit restrictive to say that this is the way I’m gonna make a record. That I’m just using these sounds or these sounds. The actual song you’re finishing in the end should be the most important thing. It doesn’t matter how you make it.

On Cold Spring Fault Less Youth you worked in the studio of Stereolab’s Andy Ramsay where he had a collection of old drum machines you basically stumbled upon. How did this contribute to the sound of the album?

K.C.: (Eyes light up in a second) Incredible yes! We just went there to record some drums and we didn’t know about his collection for about a week or so. At one point he was like (imitating Andy Ramsay with a very low voice): “You might like this one or, look, I got this one.”

D.M.: (Continuing in a manner Kai started with): “Noo, try this one! This might not be working though…”

K.C.: He collects proper rare drum machines. Not particularly expensive, but more bizarre. There was a little yellow one which had palm trees on it. These old machines that don’t do anything except play already programmed rhythms. I kind of like the idea that they still work and do the same things they did thirty years ago.

D.M.: In the end we became pretty good friends with Andy and he was really interested in what we were doing. I think he gets a lot of different types of music coming through his studio that he might not be necessarily interested in. Maybe he heard a little bit of Stereolab in us. At some point he started to come up with his own ideas. He was literally going like: “Let’s try this one here.” He really really helped with the writing thing.

What’s next for Mount Kimbie? Are you writing new music already?

K.C.: I have been building a studio near my house in East London. Still trying to get paint off my fingernails. I hope in the next week it will be operational. I bought a second-hand sofa from one woman, went to her house to pick it up and she said: “You gonna watch me take this thing apart because it comes in a quite few pieces.” I left the sofa outside the studio for a few weeks, because I still had some building to do. Now I’ve come to put it together again and it’s crazy. It’s never ever gonna be the same again as it was (laughs). I have spent two days putting it together and I haven’t got anywhere near, so my next task is to try to build a sofa. If that’s done by Friday, I’ll be happy. Then we will be able to make music. There’s little bits and pieces, like very early ideas, but it will go quicker from here I think.