Roland Seer (25) is a young and promising film director. Born in Otepää, he studied in Tartu and in the legendary Danish Animation Workshop; he currently lives in Denmark where he is still learning new things and perfecting his skills. Additionally, he has also been a part of the animation studio Fork Film, which made the music video for „Oblivion“ by Tenfold Rabbit. He has participated in the making of many an advertisement and most recently he was behind the music video for „Lucky“ by Candy Empire. We attempted to find out, what kind of a man he is exactly and to sneak a peek into his inner cosmos. 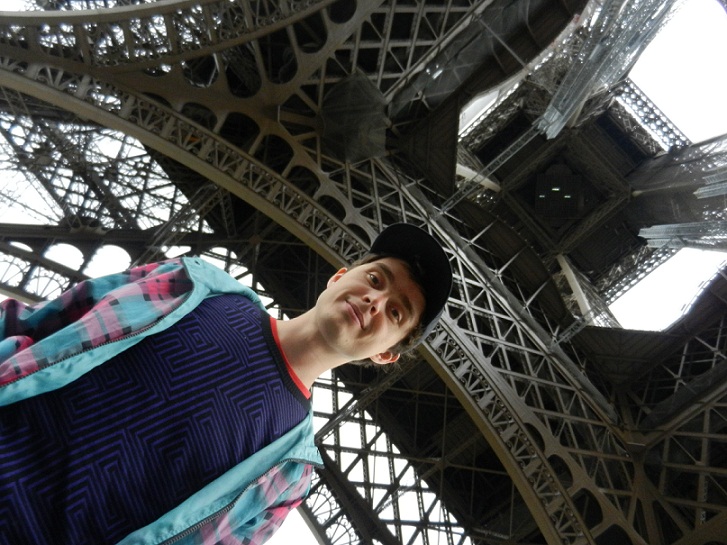 Why and when did you develop an interest in animation?

I think my interest was piqued by the first animated films I saw, I can still remember the atmosphere of The City of Bumblebees. I haven’t seen it again after that, maybe it is not that spectacular. I saw the Disney stuff on VHS at my neighbour’s. In the eighth grade I started experimenting with a camera and from there my interest led me to animation.

You have studied at the Animation Workshop in Denmark. Is Estonia too restricted? Tell us about your experience.

It wasn’t about restrictions or a lack of opportunity, it’s just that my instincts told me to go to Denmark, I felt it in my gut. The school is top-notch – a combination of professional education and a mellow commune. An ideal sanctuary for nerdy appreciators of animations, comics and computer games. Of course the cherry on top of it all is the faculty – young professionals, regular hot shots, and legendary masters. There’s a lot of information going around and also constant feedback from the professors, but also from the fellow students, which is what’s keeping the level of education so high. As one of the professors said to illustrate the point: “It’s like attempting to drink from a fire hose.”

How do you feel about collaborations? Do you stumble upon them or do they seek you out?

Well, for the Candy Empire video the band’s drummer – and my old friend – Kalle tracked me down. I immediately included my favourite cameraman from the neighbouring village, Armin Mitt, in the project. I like working with people, but I often end up with a lot of assignments and thanks to modern technology, I can also pull them off on my own. If you keep the communication on track and stick to deadlines, then collaborations are quite OK. I have also worked at the Tartu Art School and Fork Film – the contacts I’ve made are more like old aqcuaintances, don’t remember who found who.

You have experimented with various techniques. What other challenges do you have waiting for you?

I’m currently back in Denmark and trying to figure out 3D. It’s a great tool, but I think I prefer clay and sticky fingers. I love creating environments and enjoy montage. Now would probably be a time to read more books and focus on the substance.

Your recent music video for Candy Empire was focused more on live-action. Does this mean you are moving from animation toward „real“ cinematography or are you just experimenting?

The plan was simply to reduce my own workload at first, but putting it all together I realized I’d taken a wrong turn. It’s complicated trying to tastefully fit together different styles, but I think it worked out for the music and that’s what matters.

Where do you find inspiration and what keeps you focused? Describe your creative process.

It’s up to everybody to recognize their inspiration. For me it’s a feeling that comes in the form of excited vibrations and if they happen to be accompanied with confidence in the idea…then the only thing left to do is to pull it off. Idea and its (hopefully) timelessness is what keeps me focused. I need to figure out straight away if I’m willing to invest an unlimited amount of time. Preparation is very important as it makes the actual work much easier to complete. I usually try and maintain the regular story-design-composition-animator-animation-montage cycle. Of course, it all depends on the actual piece and whether the focus should be on the story, atmosphere or sound.

Who do you look up to in the field of contemporary animation?

Michael Arias and his Tekkonkinkreet, Riho Unt’s bear movie, Atsushi Wada’s fine lines, Miyazaki, Pärn, Norstein and other established artists, and of course Peter Chan and his philosophy. He mainly works with a simple pencil, creating adventurous and child-like worlds. His charming style is visible in the best LucasArts adventure games and Laika puppet-animations.

Where do you see yourself in five years? What would you like to accomplish?

I’d want to create a computer game. But really, you never know what the future holds, which is what makes it so good – you can always change it.