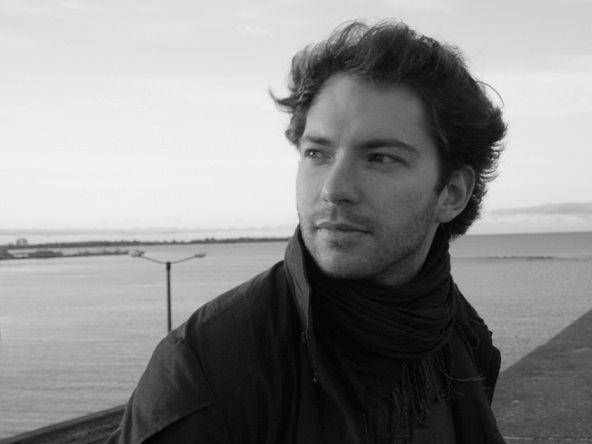 What song in particular made you declare that this is it, I want to make music myself?

“Beeswax” by Nirvana. I worked a whole summer to make enough money to buy a guitar. Come autumn, I went straight to the music department in Stockmann, flashed the cash and left with a brand new guitar that I then used for playing grunge on summer nights by the bonfire. I have yet to come across the kind of energy that Nirvana had. I still occasionally listen to their unplugged album – timeless music to accompany any wedding, funeral or having a pint on a Monday night.

This year celebrated the international Cassette Store Day for the first time – clearly cassettes are IN again. You just released a two-song cassette under TRASH CAN DANCE. Do you think the format influences music?

Music as a file is just an idea for sharing. It is a ready product – in a good way – only once it has a physical form. A film is watchable on a computer or a phone, but you get the emotions on the big screen and this applies to music as well – you get the full experience only in its physical form. I value vinyl the most. Cassette is a suitable medium for releasing your first experiments or for lo-fi. The fact that cassettes are IN again stems perhaps from nostalgia for the 1990s. The most popular producers are still those who employ piano-house, jungle breaks and robust techno. Maybe they’re trying to recreate the feeling of the era and on a cassette the result is authentic in context, but nothing more.

Recently there has been a surge in producers that are trying to get famous quick by mimicking a formula that works. Can fame be a goal on its own?

I don’t think everybody wants to get famous, more like they just want attention. What makes the audience notice artists more is perhaps thanks to Soundcloud, which has made the relationship between musician and audience very convenient. Every artist works mainly for being seen and heard. Grabbing attention should be every artist’s goal. If this is what also makes you famous, then – job well done!

I am indeed. I would be excited about the possibility to be included.

I use Ableton Live. Genius program.

If you had the chance to collaborate with any musician, who would it be?

Definitely Kanye West. One of the most important artists in the last ten years. His latest interview for BBC is a must see. Viewers will get the whole truth about the current zeitgeist – in music but also on a general cultural level. As an abitious multitalent, he is able to see things in a different angle and to interpret that into his music. I believe that an artist should have an ideology to rely on that doesn’t let him stay put in one point. Having illusions of grandeur is definitely a virtue. I’d like to share his statement from that interview to which I fully subscribe myself: “For me, first of all, dopeness is what I like the most… dopeness. People who want to make things as dope as possible.”

How would you rate the current state of Estonian electronic music?

There’s a lot of interesting parties and radio shows for various tastes. It seems that people still come to the clubs for music, not only alcohol and the opposite sex. There’s enough new music every year to create a good compilation album. And it’s evident how the sound is becoming more contemporary, keeping up with the trends in the rest of the world. The key to achieving a good product is cooperation with other artists. A great example for that is Tommy Cash’s recent song: super beats by Robert Niko, Tommy’s characteristic rapping, a bling music video… The song was even played on Estonian popular news programme Reporter! If you’ve been on Reporter, you’ve pretty much achieved everything there is to achieve in Estonian mainstream. The internet is an amazing tool for an artist. You put your song or video online and the whole world is your audience. If you’re passionate enough with a good computer and a connection to the internet, then you’re all set, even better than having been to any school.

Favourite artists at the moment?