The emphasis put on music in films recently seems more and more notable. It’s to do with the development of technology – for example apps that enable you to identify songs and buy them straight in the cinema. There’s ample reason for competition and bettering the quality. 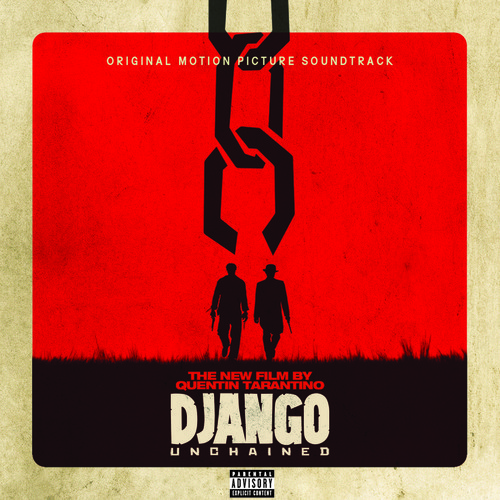 If average production is more focused on cool effects, then luckily Tarantino sees the bigger picture. Not letting himself be distracted by great expectations for the visuals as well as the sound, he has dug deep into his record collection to illustrate the film with sounds that are obscure but also more famous ones. Art is getting people to talk about your art. And Quentin is a master at that – music heads will be excited to rediscover discographies, critics can moan and others just enjoy. Sadly film soundtracks all too often don’t receive the attention they deserve.

Firstly, I should point out that the journey is continuously good, as previous Tarantino soundtracks have also been, so I would like to focus on parts that especially killed it for me. It needs to be pointed out that monsieur Tarantino has used altogether six songs from two composers – Luis Bacalov and Ennio Morricone. Bacalov’s light orchestration with emotional vocals pull the listener in, and Morricone’s guitars are perfect for building up tension.

One of my favourite’s is definitely the Jim Croce 1973 folk-rock hit „I Got A Name“. The album in general – especially the newer songs – strangely evoked association with the Estonian sensation Ewert and the Two Dragons. The folksy blues-rock that they do also carries notions of the kind of wide-eyed hope for everything to get better, that was present in the film. Sound-wise they – round those parts the film was set in – also have the tambourine that sounds – when listened to in the right way – like chains tied to your ankles. It’s especially distinct in the beautiful „Freedom“ by Anthony Hamilton. The similarly sounding „Who Did That To You?“ by John Legend is honest and definitely does not merit the criticism for sounding too contemporary as it has received. How is that even possible, I do not know. Motown blues is so dull and slow.

There’s also ironic rap as well, in the form of Rick Ross. It seems to me that a lot of those voicing their criticism about this have not actually seen the film and are thus whinging about it being rubbish, but I believe it is intentional to stress excessive vanity.

In conclusion, a great film with a good soundtrack. Django and Lincoln premiered in Estonian cinemas at the same time (both are set in the same period and roughly about the same topics), I suggest people see them both. Knowing history is important and it seems that Tarantino feels the same way. And unlike stuffy professors, he knows how to sell it to the contemporary dwindling intelligentsia.