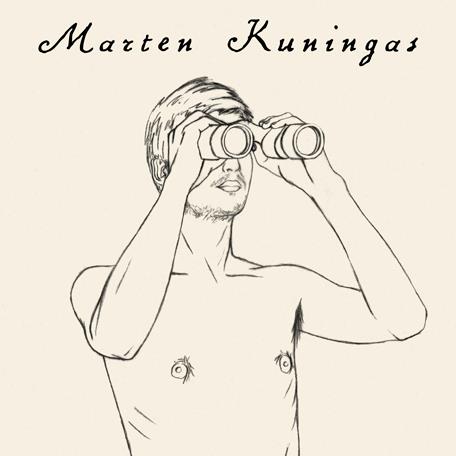 Keeping his supporters at the edge of their seats and luring them in to vote for him from week to week. But of course there were also those who publicly and all knowingly advised Marten to quit singing, so that they could save their ears for the “real good music”. And as with every reality show, there’s always the clingy interest of tabloid media: where does he fill up his car with petrol, where does he park, where and with whom does he eat… Today the editors and critics have ants in their pants once again – the decoding of Marten Kuningas’s debut album Janu (Thirst – Est) has begun.

The record is a veni, vidi, vici style flick on the nose from a young fellow, who has grown from a boy into a man over the past years and he certainly has seasoned well. His inspiration is love with its ups and downs. There is chill rock sailing on the waves of life with a friendly tongue-in-cheek pat on the back telling you that life isn’t as terrible as it seems. On the other hand, there are also tracks that have that smoky love-hurts pop-anthem type of sound, that Estonian pop music lovers have cried over so much to this day. Here is also a life-buoy for those that still lack the explanation for the word “balearic” in their lexicon. You can find the answer on this album in the form of my favorite track “Tuul on pöördunud” (The wind has changed – Est), that most certainly will make an appearance in all the playlists that melomaniacs put together for the summer. Dear parents, here you have your very own Estonian Chris Rea! You can also draw a certain parallel with another Chris, who frolicked with supermodels in the frothy ocean. The only difference is that Marten doesn’t cry into his cereal in the mornings, he stands tall while taking on the bumpy ride of life. On this album he also received some support in becoming a man from his co-producer Sten Sheripov, whose experience in pop music helped accomplish that polished sound that you can hear on the end product.

My thirst is certainly quenched – Marten put out a real love machine to top the lists of the best summer albums that help us clock up the kilometres and nautical miles across sunny Estonia. And who knows how many hearts will be broken to the backdrop of these lyrics.