Prince Rama – a duo of Krishna sisters from Brooklyn – already caught my ear on this year’s Schilling festival sampler; I didn’t make it to the festival itself though. I’ll hear of them again, I thought – in hope rather than faith, as they could just as well sunk into oblivion as thousands of oddball newcomers before them. Yet they wouldn’t go; precisely because they turned out to be so astutely self-aware of such ephemerality. Well, maybe not aware to the degree of thousands, but in the span of ten bands at least – the ten that are a hyperbole as well as an abstract for hundreds of others. 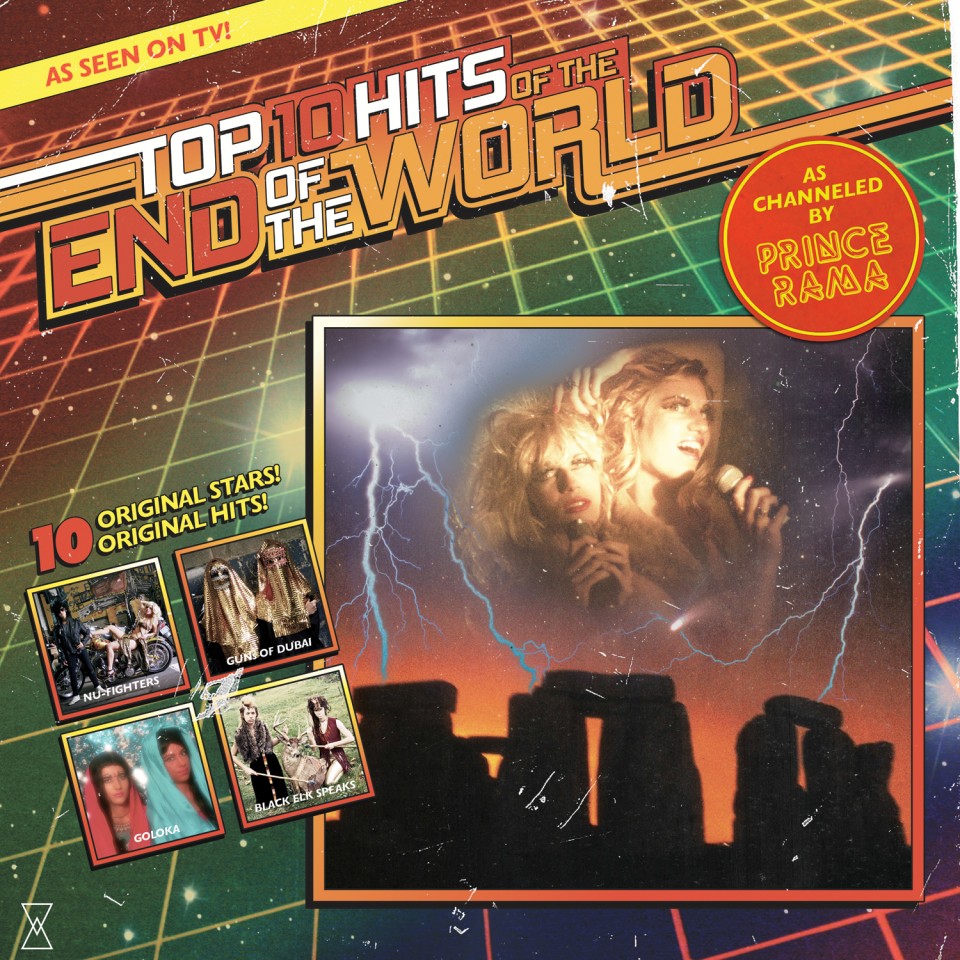 To wit, Top 10 Hits is a concept album on which Prince Rama take the form of ten one- or no-hit-wonders of whimsical fate and unhappy ending. I fell in love with the album before hearing a single track – a review in The Wire and the cover art (a spot-on gaudy pastiche of the 1980s K-Tel compilations) were enough to seal the deal.

The first of the Prince Rama avatars to have leaked – Rage Peace’s So Destroyed –still lent promise, and the follow-up No Way Back by Nu Fighters was truly good. Now that I have given a repeated listen to the whole album, I can confirm that, indeed, the beginning is glorious, with the underground muslim ladies of Guns of Dubai as well as the prophets of coital immortality of I.M.M.O.R.T.A.L.I.F.E. prompting comparisons to another shady trash-pop conceptualist –Bernard Fevre (Black Devil Disco Club).

Two of the above mentioned highlights follow but then…the whole thing just fizzles out. Evading however hard an attempt to focus, the second half of the album slips into a safe and sedate indie fog. Bears out as muzak to accompany reading or writing but remains disengaging as a fiction itself and probably would not even court that much of attention without the conceptual stage props. The album is saved by the rapturous closer – We Will Fall in Love Again by Motel Memory, also the biggest blockbuster of a hit on the imaginary scene (Billboard # 1 nine months in a row, no less). Anthem of the year. And the title is symbolic again of course, delivering all-round absolution by its obvious self-awareness.. We will fall in love again. With back-end areas of pop and bonkers fabrications, maybe even with the muzak we have thus far coolly dismissed.