It’s the Eurovision final; this is the last thing I want to spend my Saturday night with and so I turn off the freakshow on the telly. I slip on Uku Kuut’s Estonian Funk, crank up the bass and let myself be gently carried away by the Umblu prelude “Angel”. 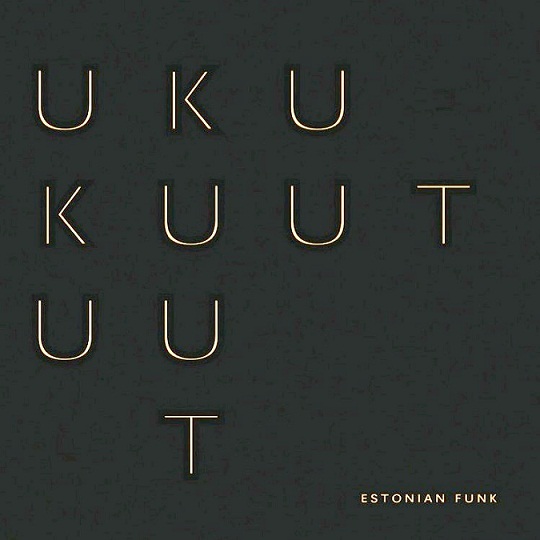 Last September Uku’s label Big Tree Studios released rather unexpectedly and without fanfare a compilation of remixes of songs recorded in the Big Tree studio – this represents the kind of vision of Estonia that I would like to see more: cocky confidence and obvious self-affirmed funk. A number of mid-noughties Estonian dance music classics – Umblu productions like the aforementioned „Angel“ and „Fucking Bitch“ – reportedly originate from this studio located in a suburb of Tallinn. I have to admit that I knew nothing of these classics at first – I am too young to have any first-hand knowledge of the Big Tree label and the multitalented Uku himself. I discovered him rather recently thanks to his last year’s LP Visions of Estonia, released by Peoples Potential Unlimited in the US. Better late than never, though.

These reworks have been through Uku’s own, but also Sten Saluveer’s experienced producer hands. Other divine touches are present in the form of more and lesser known local dance music gurus like Raul Saaremets and Julius Talvik aka tll73 – an Estonian residing in Washington. Seductive vocals are represented in the form of French transsexual Diva Avari and the mother of Uku and Estonian funk – Marju Marynel Kuut – who performs on „Main Funk“ which is indeed one of the main gems on this compilation. The whole record sounds a little familiar, having heard bits and pieces here and there, but without the full recognition of the scale of influence on Estonian dance music history. I am certain it is something that is produced right now and again and again in the future.