Radio show “Vibratsioon” (Vibration), which has been running under the baton of Raul Saaremets on Radio 2 since 1993, keeps its ears open to everything that happens in today’s music, both in deep underground and higher up on the ground. Saaremets has offered lots of possibilities to Estonian musicians over a period of time and he has often asked his local favorites to come and record their sets at the studio of the Estonian Public Broadcasting – this is how the Vibratsioon Sessions were born. In the summer, the first time in the history of the show, the artists recorded outside the studio – Raul’s selection of the brightest stars of the local underground electronic dance music artists were brought in front of the eyes (and ears) of the visitors of Müürilehe Festival on August 15th. These sets have now been aired for the past few weeks and the first session we would proudly like to present to you comes from Endamisi Salamisi. 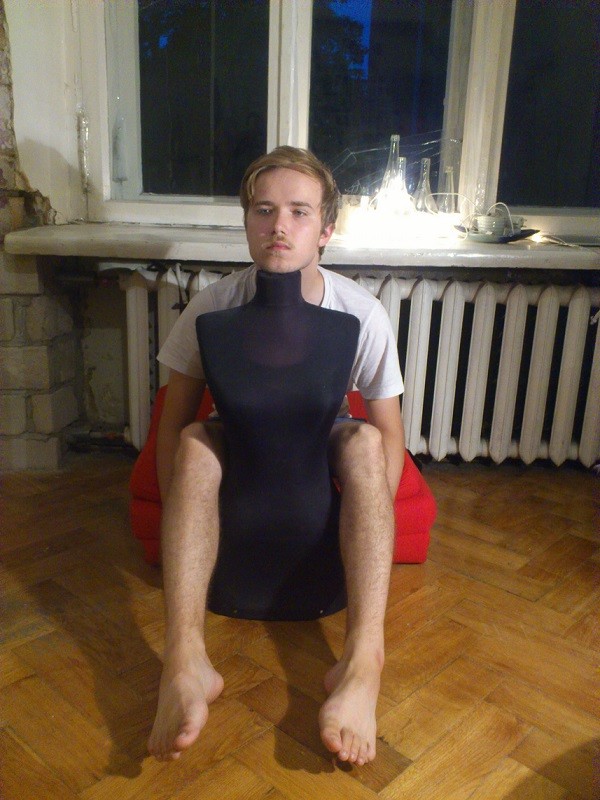 Endamisi Salamisi started to take his solo project more seriously about 2 years ago. Until his first performance at Müürilehe Festival, he had never shared his material with a wider audience anywhere else than on SoundCloud, though he has also been running a ghostwave duo Tricky Monday, and occasionally showing his DJ skills at different parties in Tartu and Tallinn.

He says that genre is not important for him, as it’s only a skeleton – a structure that helps to concentrate your thoughts. He’d rather experiment with the content, and has lately been moving towards nu-grime and tracks without concrete drum beats. On the other hand, it’s only one branch of the river – Endamisi Salamisi flows forward without sticking to a certain style, and this pleasant, yet bizarre variety is clearly revealed in his existing work.

If it comes to future, he still wants to bring home his watermelon and get further than only making music on the Internet, plus, play on the roof of the highest building in Singapore. His favourite artists are Antwon, Torn Hawk and Warpaint and no wonder his favurite film is Harmony Korine’s “Mister Lonely”, because Endamisi Salamisi sounds like Harmony Korine who has taken up making music.