Vilnius International Film Festival (Vilnius IFF) “Kino pavasaris”, one of the most important annual cinema events in Lithuania, starts on 20 March. The festival taking place for the 19th time, offers a high quality film programme and a rich package of accompanying events, workshops, exhibitions, receptions and even educational seminars for school children. 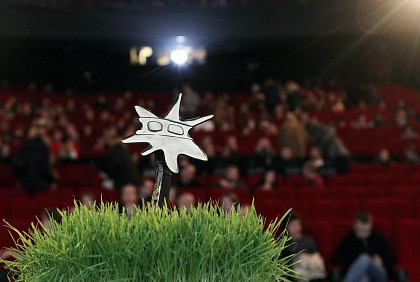 The programme consists of over 200 films in a number of categories, from Masters and Critic’s Choice to Hot Documentaries, Shorts and everything in between. On Thursday “Gloria” (2013, dir Sebastián Lelio) is screened as the opening film, which the forth feature by the Chile
director and was shown also in the Estonian cinema Artis this winter.

The Estonian films presented in Vilnius will be “Free Range” (2013, dir Veiko Õunpuu) and “Tangerines” (2013, dir Zaza Urushadze, Estonia-Georgia) in the Baltic Gaze competition programme and a documentary partly filmed on the Estonian island Vormsi, “A Spell to Ward off the Darkness” (2013, dir Ben Russell and Ben Rivers, Estonia-France) in the Critic’s Choice category.

The main industry event will be the conference Meeting Point Vilnius, which gathers filmmakers and producers across the globe and aspires to promote Baltic filmmakers and develops an international networking platform.

The festival ends with Spike Jonze’s new drama “Her” (2013), which received an Oscar for Best Original Screenplay and a Golden Globe for Best Screenplay.