Estonia’s biggest film event is looming close. Wader took a look behind the scenes of the Black Nights Film Festival (PÖFF) and reports the secrets heard from Helmut Jänes, programme curator at the festival.

PÖFF, taking place between November 15 to December 1, celebrates its 17th birthday this year. As a feisty teenager, the festival continues with its traditional competition programmes – the official “EurAsia” programme will actually be ten years old this year. Film-friends are offered various works to battle the dark and depressive autumn (“PÖFF Vitamins”), but also new films from familiar authors (“Selected Works”), a selection by critics from Select International, a fashion special, documentaries and of course the freshest crop from the rest of the world (“Panorama”). Debuting and experimental directors are represented in “Forum”. 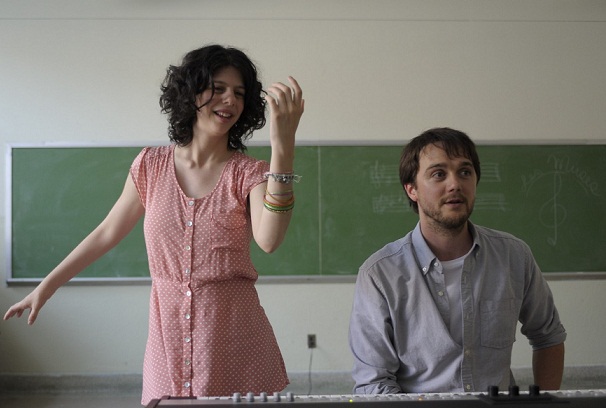 This year’s special focus is directed towards Canadian cinema. There are English as well as French-Canadian films, among these Tom at the Farm by up-and-coming genius Xavier Dolan, Gabrielle (dir Louise Archambault) – a favourite at many festivals, and the recipient of Tribeca festival’s best director award – a nerve-wracking thriller – Whitewash (dir Emanuel Hoss-Desmarais). There will also be a special programme comprised of Inuit films (Atanarjuat directed by Zacharias Kunuk, Le jour avant le lendemain directed by Marie-
Hélène Cousineau and Madeline Ivalu) that have attracted the attention of the rest of the world.

The focus is also on young Armenian filmmakers, whose work often does not reach the wider audiences. PÖFF is one of the first to help bring these unique cinematographic pearls to Europe. This year’s lifetime achievement award goes to Hungarian legend István Szabó, whose work is commemorated with a mini-retrospective – as a treat his three classics (among them Mephisto and Colonel Redl) will be shown on the big screen once again.

A new and exciting programme comes from Mexico and is called “Mexico and violence”. Violence stemming from drug dealing is analyzed in documentaries and feature films both. The cherry is definitely Amat Escalante’s Heli that courted controversy at this year’s Cannes International Film Festival and for which Escalante received the best director accolade.

In Tartu the main programme will be screened in Cinamon and Ekraan, “Animated Dreams” and hopefully “Sleepwalkers” as well will take place in cinema Elektriteater.