17th Tallinn Black Nights Film Festival finished on Sunday after drawing a record number of viewers to the cinemas of the Estonian capital city over two weeks. The attendance peaked at the all time high of just over 77500 spectators, more than 10 per cent increase from the last edition. 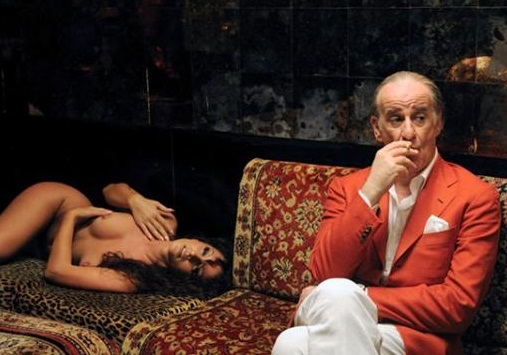 The festival presented 258 full-length feature films from all over the world with a strong focus on North American and Asian cinema as well as the Nordic region. The main international competition EurAsia Grand Prix was awarded to “The Great Beauty”. Tridens Competition of Feature Debuts from the Baltic Sea and Nordic Countries jury awarded the Best Film to “Of Horses and Men”. The Heave(i)n award for the best Estonian film went to the Estonian-Georgian co-production “Tangerines”. The festival’s close ties to Asian and North-American independent film communities were articulated by awarding of Japan’s Koji Fukada with the Best Director for “Au revoir l’ete” whereas the Best North American feature went to Diego Quemada-Díez’ “La Jaula de Oro”.

In its 17th edition the festival has seen the audience attendance to increase by a remarkable 10 per cent. With the sub-festivals of Sleepwalkers, Just Film and Animated Dreams the Black Nights has succeeded to address a new generation of viewers.
“A third generation of festival-goers has found their way to our cinemas, and we are thankful for their trust in the festival’s programming and production standards. The fact that we effectively managed the full transition to digital projection standards for this edition has been certainly a contributing factor as well,” comments festival director Tiina Lokk.

This year’s festival also attracted a record number of international premieres and has firmly established itself as an important meeting point in the winter season for film professionals across the world.

Based on the sold out screenings the most popular films of this year’s
festival were “Enough Said” (USA), “Love and Lemons” (Sweden), “Amazonia” (Brasil), “Three Many Weddings” (Spain), “Only Lovers Left Alive” (USA), “The Great Beauty” (Italy), “Geograf Globus Propil” (Russia) and “Camille Claudel 1915” (France).

1) 250 volunteers worked for the festival
2) 20 cinema halls in Tallinn and Tartu
3) 585 films were screened, out of these 258 full-length features
4) Films from 69 countries, first time films in Venda language (Elelwani) and Roma language (Papusza)
5) 715 screenings
6) 1 world premiere, 1 European premiere, 10 international premieres
7) Between 5.11 – 1.12 the festival website had 240242 visits from 114 countries, mostly Estonia, Finland and USA but also from Senegal,
Mali and Mongolia.
8) Out of 585 films only 8 arrived on a 35mm filmstrip
9) 560 accredited guests attended the Black Nights festival
10) 90 films were translated into Estonian and partly Russian