The animal kingdom has become an oft-used source of inspiration in today’s contemporary jewelry design. Some artists simply produce creative interpretations of animal figures, while others imbue their creatures with multi-layered meanings and ideas. The world of miniature animals created by Dutch contemporary jewelry designer Felieke van der Leest (1968) is interwoven with references to historical and romanticized images of the American West and adept parodies of Olympic athletes, and in this world of hers she cleverly inserts word games, allusions and appeals to modern-day social issues. 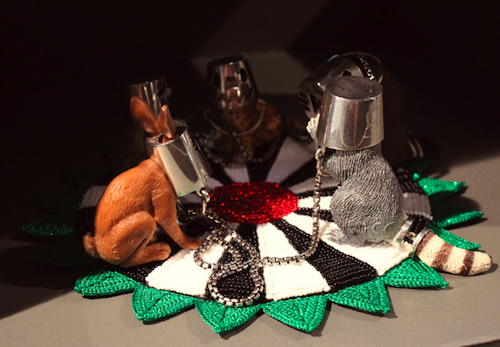 The techniques and arsenal of materials used in contemporary jewelry making consist of more than just alloys of various precious and non-precious metals; in contemporary jewelry design, practically anything can be used. Van der Leest does not shy away from also using such domestic handcrafting techniques as knitting, crochet and beading. In fact, she admits that she needs her daily period of crocheting – which she does both in the morning and in the evenings after a day spent in her studio – almost as if it were a form of meditation. Precious metalworking is van der Leest’s professionally acquired trade, which is why gold and silver make up a part of her work. However, the main role in her array of raw materials belongs to plastics; even more surprising is her use of ready-made plastic toy animals.

Occasionally Van der Leest creates pieces that are not meant to be actually worn on the body – they are simply design objects to be enjoyed just by looking at them. Usually, however, Van der Leest designs her works with the intent of being worn – although she does admit that not all of her pieces are comfortable enough to be worn daily, or for more than a few hours at a time. Some of her design works may contain a removable part that can be worn as an accessory, while still others may look like one single piece of jewelry, but can actually be taken apart into two separate pieces that can then be worn individually.

Although van der Leest currently lives in Norway, she originally comes from the northern Dutch town of Emmen; Emmen also happens to have a zoo, and as a girl, van der Leest often went to see the giraffes, elephants and other animals up close.

Van der Leest’s teenage years coincided with the gothic-punk subculture that was coming into style, and of which she also became a fashion victim; to make her image more original, she decided to make her own earrings. At the same time, van der Leest really got into equestrian sports, and even harbored hopes of becoming a riding instructor. Even though nothing came of this plan, she didn’t want to go to university, either. A lucky break came in the guise of her biology teacher, who reminded van der Leest of the jewelry she had made during her school years, and suggested she apply to a trade-school for precious metalworking.

From 1986 to 1991 van der Leest learned the trade of gold-smithing in the city of Schoonhoven, and in 1996 she graduated from the jewelry design program at the Gerrit Rietveld Academy in Amsterdam.

The use of miniature toy animals in her jewelry design also came about quite unexpectedly – it started in the autumn of 2002, when she got pain in her arms from having crocheted and knitted too intensely and for too many years. She decided that she had to change her method of working. She had already made some yearly Christmas gifts for her nephew and nieces from the miniature toy animals that she was fond of collecting. Deciding to develop this toy-animal idea, she started to seriously use them in her work. Van der Leest revisited the techniques that she had learned as a metalsmith, ones that she hadn’t used for years. Looking back, she is now thankful for the arm troubles that arose in 2002, since that is what forced her to begin working into another, even more interesting direction.

At the moment, Van der Leest positions herself as both a tradesperson and an artist: she is a painter, sculptor and a trained metalsmith. In labeling herself as an artist, van der Leest quickly adds that if no one was interested in her works, she would stop making them and turn to something else: “Oftentimes, artists talk about some sort of “inner drive” that makes them create and express themselves – no matter if it interests anybody else or not, nor if anyone wants to buy their work or not. This doesn’t apply in my case.”

Van der Leest’s works have been highly regarded in the international world of professional contemporary and conceptual jewelry art for several years now. They can be found in museums and private collections throughout the world, including at the Victoria and Albert Museum in London, in several museums in the Netherlands and Norway, as well as in the Montreal Decorative Arts Museum in Canada, and the Museum of Fine Arts, Houston, in the USA. Van der Leest has been taking active part in international group shows since 1996, and has been holding her own solo shows since 1997. 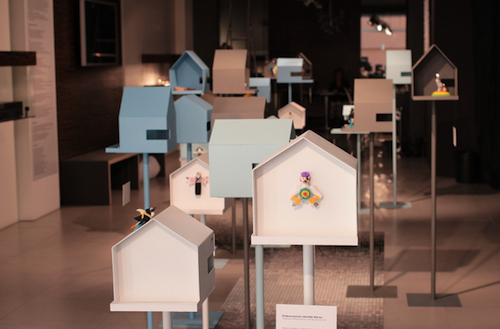 For her solo show, “Life is a ZOO”/”Dzīve ir ZOO”, at the gallery Putti in Riga, held in April of this year, van der Leest brought along a considerable selection of her work in jewelery design. The exhibition featured pieces from her series, “F.I.B.S. (Festival International des Bêtes Sportives)”, which were created in the period of 2008 to 2009, as well as from the series, “Once Upon a Time in My West”, which was inspired by the culture of the American Wild West – a theme that has captivated van der Leest since 2010.

The exhibition’s layout at the Putti gallery was the brainchild of Latvian scenographer Sintija Jēkabsone, who transformed the space into a stylized village of birdhouses. Supported by a single pole, each little cubbyhole served as housing for one of the characters from van der Leest’s collection. The artist admits that she always entrusts the layout of the exhibition to somebody else, but notes that she’s never had anything this special before. The only other time that remains so vivid in her memory is her 2006 exhibition, “Jewellery Fables”, at the Dorman Museum in the English city of Middlesbrough – there, her works were integrated into the museum’s displays on nature, geology and the social sciences.

As seen in the exhibition, the zoological gardens of van der Leest’s imagination are not a frozen place of entrapment, but rather an improvised and real environment, in which socially active characters from the Wild West, Native Americans and Olympic champions all come together in one place. The following are eight pieces about which we wanted to learn more, and we asked the artist to explain them in more detail. 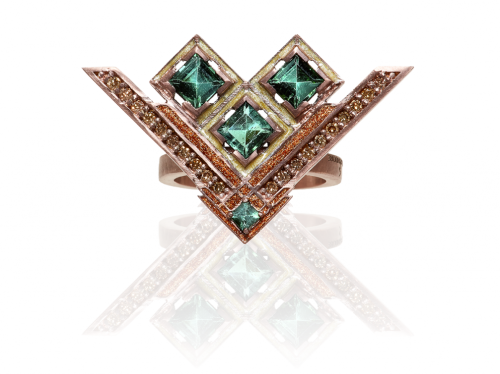 A lot in little. Contemporary jewellery in Latvia.

Forget felt brooches and woven wristbands — in Latvia, jewellery design is an active creative industry in which talented artists work with gold and silver, diamonds and pearls, nylon and silk. Mastery and an unconventional outlook have brought these authors recognition and wearer’s appreciation. 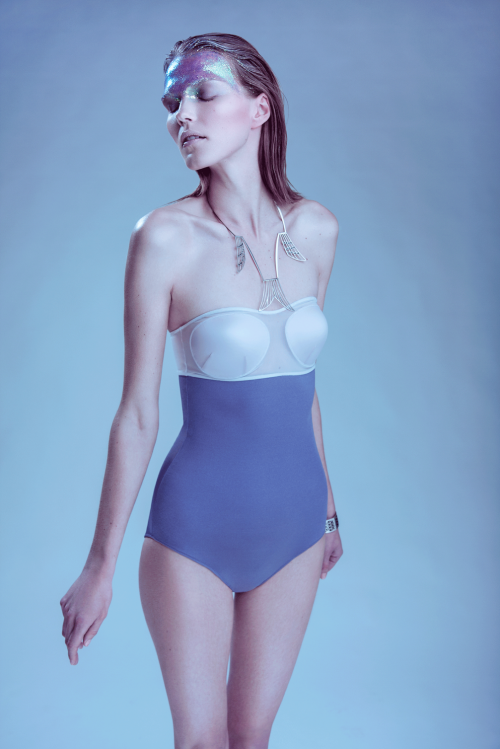 “Collar” for winter and summer bathing 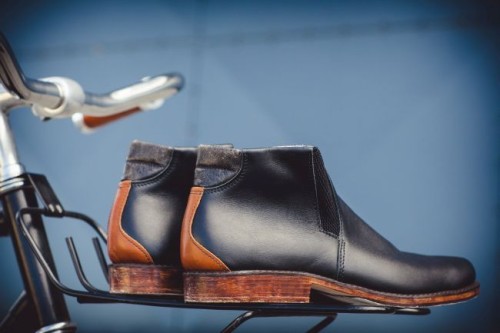 The combined length of the borders of the Baltic countries of Estonia, Latvia and Lithuania is about 3170 miles. What sort of shoes could last that distance? We believe that ones made right here, in the Baltics.