In the Crosswind, the first feature film by Martti Helde, is the latest hypnotizing discovery of the Estonian cinematography. Film premiered at Toronto International Film Festival 2014 and from then on doesn’t stop to collect well-deserved awards at many international festivals. However, Martti Helde remains far from red carpets, camera flashes and all the glamour. For him it’s the people who are the most important, their stories and the form of expression. He is only 27, but has been interested in cinema since he was 16. He graduated from the Baltic Film and Media School at Tallinn University and has made many short films and commercials. In the Crosswind is a black-and-white, still and in some way poetic drama about a woman, who among thousands of Latvians, Lithuanians and Estonians was deported to Siberia in 1941. 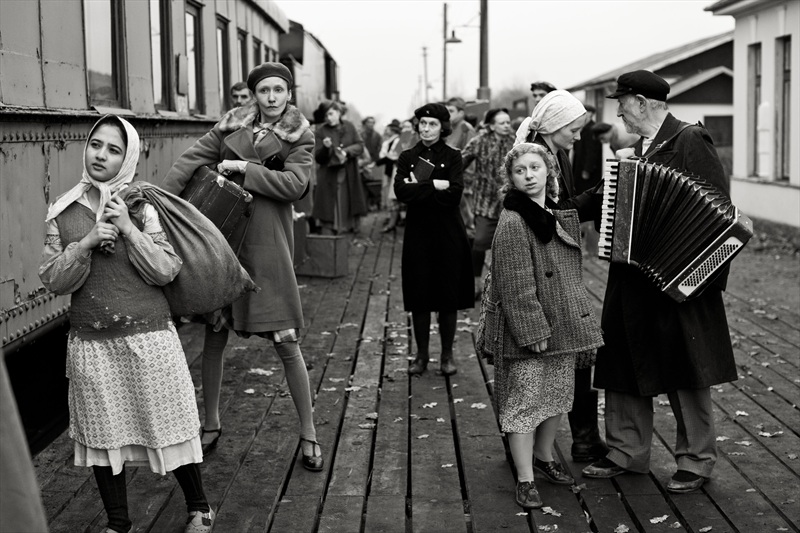 Why did you decide to make a film about such a difficult subject?

I have been interested in history since I was very young. My grandfather was imprisoned in a camp so I grew up with his stories. He told me about the war, about 1940s reality, I knew all about it. When the Estonian Film Institute organized a competition, at first I wanted to make a documentary. Then I decided to use tableaux vivants to make a still film. After a year, I decided that it might be too good for a documentary so I re-decided and now it’s a feature film.

Form of In the Crosswind is amazing. However, it was a brave decision – it’s a masterpiece, but it could have also been a complete disaster. Where did the idea for a still film come from?

I like challenges. Difficult things are a great motivation to work harder. I wrote the story mostly at nights because the deadline was approaching. I found a letter for my relatives which was written by one lady. There was a line “I feel like the time has stopped with my body, which has been taken to Siberia, but my soul is still in the homeland”. After reading this I decided that I want to make a film where I can create a feeling of stillness. Usually when you watch action films, you have freedom to decide where to look, where is the focus point. I wanted to change that. Why? Because in the Soviet system people didn’t have a chance to choose what to do, the system made decisions for them. My idea was to recreate the feeling of this kind of an open prison. Of course, I had no idea, if it would work or not. For three and a half years I hoped it would.

It took six months. We prepared one scene, shot it and later had a couple of days off. Next, we started to prepare the other one. Every single scene which you see in the movie was shot in one take, because we didn’t have money to do second ones.

To make such a visually sophisticated film you must have a great imagination and many ideas. What was your source of inspiration?

Actually, when I was young, I attended art school and studied painting and composition. When preparing the film, we didn’t use other films as a reference – we used photographs, paintings and sculptures. I bought all kinds of books on art history, sculptures, human body and movement. During my meetings with costume and set designers we were sitting around the table and watching all those pictures. We talked about the light and how body is positioned on those paintings or photos. We wanted to find the essence, we were trying to catch how artists before us have used the human body to express certain feelings. Our goal was to understand what is going on in the picture.

The film is based on letters written by Erna Eliide. Was it just her or a compilation of different correspondence?

60 percent of the letters which you can hear in the film is written by the same person. Of course, the name was changed. The other part is a mix of archive materials and other letters.

Landscapes in your movie play an important role in the story. How did you find those shooting places?

Our intention was to find landscapes possibly similar to those in Siberia. We took reference pictures from the Internet or from the archives and later tried to find similar in Estonia. Obviously, nature in Estonia and Siberia is quite different, so all the process took about three years. My favourite location was in Tapa. It is located in eastern Estonia and it is a place for military resources, an old cut-down forest. Can you imagine a huge field full of pieces of wood? It was an open space that didn’t look like Estonia, it was exactly like Siberia. I remember when we made the first black-and-white photo of this location – we saw that there is something special, something really interesting to capture.

It works. Are there many films talking about similar subjects in Estonian cinematography?

No. It’s the first one because Estonia gained its independence in 1991. Before that, it was not allowed even to talk about those topics, so making a film was impossible. In 1991 we couldn’t afford to make a movie like that, it was too expensive. What’s more is that it was too delicate of a subject. I think that if something tragic happens to a nation, the next generations need time to rethink it. As a result, there is a 20-year gap in the Estonian cinematography. After all, making of In the Crosswind was coincidental, it started as a documentary. Actually, I heard that Latvia is doing a feature film on the same topic. 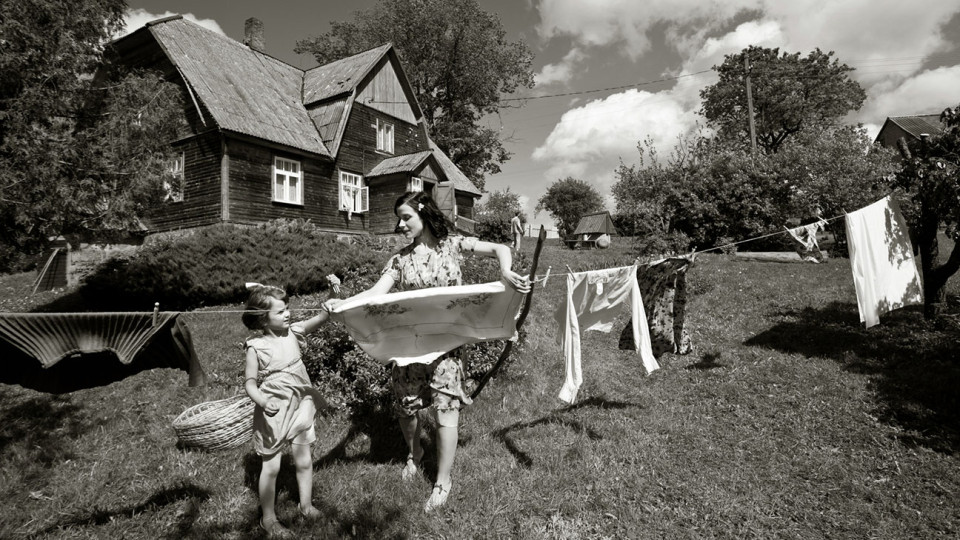 The film was released in Estonian cinemas not so long ago. What were the reactions after the premiere?

To be honest, it is really hard for me to talk about it, because I can’t evaluate my own child. What is more, we had to do two premiere ceremonies at the same time. I was present at the first one, opened the film and went to the other cinema to welcome the audience there. When the audience came to the party after the screening they started to congratulate me. After several weeks, I understood that I had made something important which people were waiting for. Of course, first they were worried if In the Crosswind isn’t too experimental. But after all, the audience’s reactions were very positive. I even secretly went to watch my last screening in cinema and saw that grandparents came with their grandchildren to see the movie together. I was really moved. I think it’s very important that young generations watch this film and maybe thanks to that they will remember those events.

Actually In the Crosswind has visited many international film festivals and got several prizes. How do you feel when your film is awarded?

Of course, prizes are nice, but I’m not really into them. I like when people come to me and say “the film really moved me, it was something special”. For example, after the premiere, one of the elderly men came to me and said he was deported when he was a child. He was about 8 years old, but he remembered those events in a similar way it was shown in the film. It was a huge compliment which meant to me more than any prize. I made this film into some kind of a monument. I want to make films which will last longer than I do.

After such an unusual debut, I am very curious about what’s next?

That’s a good question. Certainly, I’m not planning to do a still film again. I want to make live action. So I think my first film is still coming…I like to experiment with form. For me filmmaking is a right form to express the feeling. I hope that I will find an inspiring way to express the story, because just capturing action is a bit boring for me. I would like to explore the mountains of cinema, that’s my goal.

So you are actually looking for…?

I’m looking for a good story. 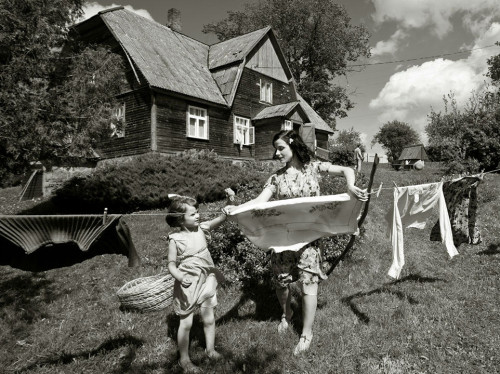 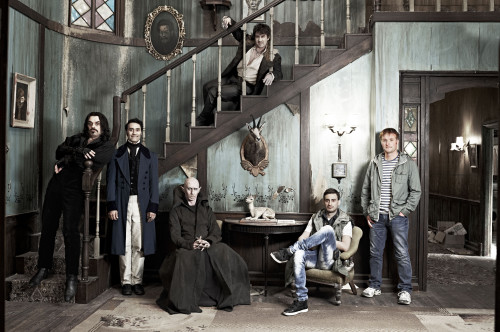 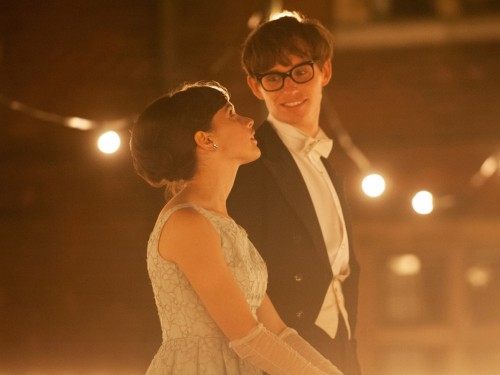