Extraordinary depth, deep rich colour and full-bodied. The wine was good, but it died on the middle palate. 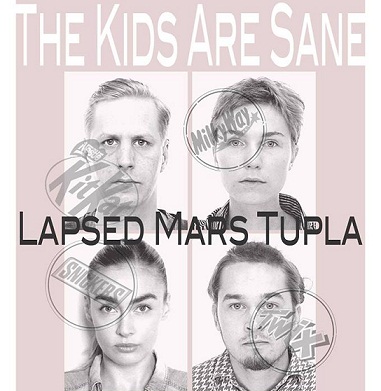 Some weeks ago I was invited to the opening of an exhibition of four Tartu-based artists: Ahto Eller, Helmi Arrak, Marie Kõljalg and Edgar Tedresaar. At the time, however, I was retreating to the countryside. Whilst openings are enjoyable affairs – the polite conversation, the artist(s) anticipation, the wine – there is something to be said for encountering an exhibition in solitude. It was only during its final week that I had the occasion to pay a visit to the gallery and view the works.

I arrived at the gallery on a Tuesday afternoon and, with the exception of a young girl sat at a desk by the entrance, I had the place to myself. The absence of other visitors allowed me to forego the polite pace of an opening. As is my habit when such an opportunity presents itself, I began with a quick tour of the exhibition space. On this occasion the space was the various rooms that make up the basement level of galerii NOORUS. In stark contrast to the high-ceilinged, white-washed room that constitutes the ground floor, the basement is a squat and unmaintained area. If you were to imagine the re-emergence of art in some post-apocalyptic future, the vaults of galerii NOORUS might then fare amongst the more prestigious of imagined exhibition spaces.

‘Range’ was the first thing that came to mind. Of course, this is to be expected from a group of semi-professional artists honing their craft. With this initial impression in mind, I returned to the beginning of the exhibition space and adopted a more relaxed pace.

Like many dilettantes of the arts I can appreciate a piece of work on a purely aesthetic level. I’ve long since discarded the notion that we have to define and justify our every thought or preference. If you like or enjoy it, then simply let it be; there’s no need for profound introspection at every given step. However, I also weigh a piece of art against a straightforward notion: art is when someone creates something that you cannot. If I can do it myself (and in some cases do it better), it’s not art, not for me at least. Throwing paint randomly onto a canvas and calling it ‘art’ does not make it so; creation takes thought, control and restraint. Nevertheless, perhaps that’s just me being reluctant to change. For years, while people have been praising the merits of liquid laundry detergent, I’m still reluctant to accept that a tiny capful of liquid is as good as a handful of soap powder.

Returning to the matter at hand, I make no secret of knowing Ahto Eller and being an admirer of his work for quite some time. He refers to himself as a painter as opposed to an artist; a self-identification reflecting his level-headed approach. A refreshing change from that all too common breed of ‘artists’ that believe it necessary to become a walking pantomime. Whilst becoming an artist, Ahto has remained a person rather than making an unseemly transformation into a concept; this is reflected in his paintings.

In line with my initial impression of the exhibition, Ahto was displaying a range of his works. In general, a personal preference of mine are works that veer towards realism; particularly ones that depict the human form. However, that does not mean that I abhor the rest. Indeed, in the case of Ahto’s paintings, I was won over by his keen sense of humour and tendency to play with words; character traits that translate into his work. Perhaps two pieces – playing with the Estonian language – best display the range of the exhibition; capturing a morsel of his down-to-earth attitude and wit: Autoportree [Self-portrait] and Auto portree [Car Portrait]. The latter being a comic depiction of a car and the former a subtle, yet true to life rendering of the artist himself. Both works, while autonomous, are set upon unadorned white backgrounds, framing the range of the exhibition as opposed to constituting a duo.

In truth, I was already acquainted with many of Ahto’s paintings from having spent time at his studio, though I was not aware that they were intended for this exhibition. The other artists and their works however, I was less familiar with.

After my first brisk survey of the exhibition I returned to the points that had stood out; looking for something that would draw in my attention. I didn’t take long.

Barely hidden from sight behind a large abstract canvas of Marie Kõljalg, propped up against a wall, I spotted a box of red wine. It had presumably been there since the opening. I nudged the box with my foot and found it to be nearly full. Crouching to take up one of the two conveniently located plastic cups, I noticed a second box of wine; probably empty I thought. On closer inspection there was a couple of decent-sized glassfuls in that box as well. So, pouring a liberal amount of wine into a clean white plastic cup – a symbolic artefact amongst semi-professional artists – I called Ahto.

“Hey!” he answers in English.

“Tere!” I reply in Estonian, more out of force of habit than by design. “I’m at your exhibition [blah, blah, blah] did you know you still have two boxes of wine here?”

“Yeah, I know, help yourself.”

“Okay then; leave some for me!”

After chatting briefly about a couple of day to day things I returned my attention to the exhibition. It was cold outside. Now finding myself alone in the catacombs of the gallery with a box and a bit of wine, I decided to hang around for a while. My phone rang. Ahto.

“Hey, are you still there?”

“Good. In the entrance way to the first room there’s a thing with a kind of plant on it.”

“Yeah, can you drop it off at my studio if you’re coming back up this way? It’s a gift from the opening that I forgot to take with me.”

A brief trip upstairs, during which the girl at the desk and Ahto spoke on my phone, was preceded by trying to find a place to put my wine which wasn’t an installation. In the end I opted for balancing it precariously on a radiator next to a trio of Helmi Arrak’s detailed figures in ink on paper. The call ended, the girl told me that I could take the plant and I returned to the exhibition. It felt like the right moment to refill my plastic cup before exploring the maze of low-ceilinged rooms once again.

Though I’m less acquainted with the other artists, their works abound with dexterity and apparent sense of enjoyment equal to that of Ahto’s. Helmi Arrak presents a selection of masterful depictions of human figures; predominantly ink on paper, embellished with various media. The staged interaction of sources of light within the exhibition space and her artwork yields stunning effect via somewhat simple means. Meanwhile, Marie Kõljalg exhibits brave intensity in an exploration of stark contrast through various mediums. The range of her nuanced contribution may not be immediately apparent: the treatment of an idea through a variety of mediums. On canvas, though her brushstrokes are bold and raw, she does not lose sight of that dash of control requisite to meaningful creation. Last but by no means least, Edgar Tedresaar probably displays the greatest range of talent through the widest variety of mediums. However, it is his figurative depictions of the human form that stand out. Even within these ‘range’ can be found; from somewhat obtuse acrylic outlines to stunning and distinctive renderings in pencils. Whilst the former are not my cup of tea, the latter are quite frankly exquisite and further exploration of these in particular would be a welcome sight at his future exhibitions.

As a footnote, this exhibition might be considered a triumph over the limitations of space. The series of cramped interconnecting rooms devoid of natural light, is a setting that could present a considerable logistic odyssey to an individual, let alone four artists ranging in (and within) styles. The latter notwithstanding, this quartet has succeeded in finding an equilibrium. If the artists’ works were separated into different rooms there would be blunt contrasts within each section of the basement. However, arranging their works in an intersecting fashion they traverse the limitations of the venue and perceptively blend the ‘range’ of artwork.

After warming up over three glasses of wine I finally built up the courage to brace the Estonian winter again. I went to “the thing with a kind of plant on it” and picked up the bamboo. “Aha!” I exclaimed aloud again, wondering if that might somehow unlock the piece, allowing me to see it in a different light. Unfortunately, like liquid laundry detergent, installations are often lost on me. 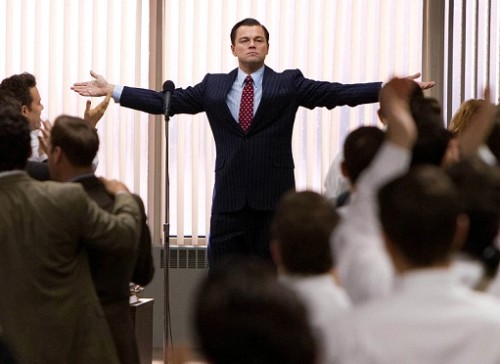 An Oscars’ preview nothing like the others by the Estonians’ favourite British film critic. 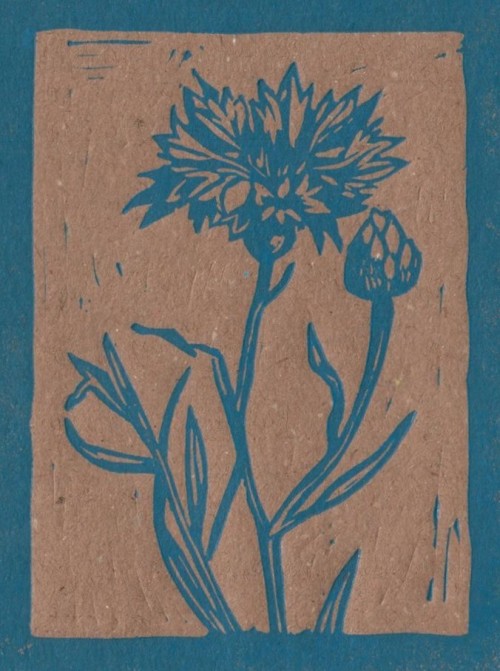 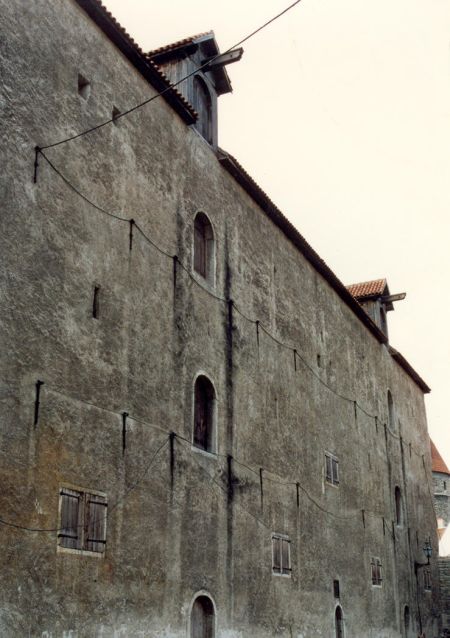 The conference Art & Science – Hybrid Art and Interdisciplinary Research will be held from 30 May to 1 June 2014 in Tallinn, Estonia. Anticipated are papers for 20 minute presentations on the confluence of art and science in the fields of hybrid arts, social sciences, design, urbanism, environmental studies etc. The main target group is doctoral students from different fields of research.