The husband and wife creative team Katrin and Andres Maimik, two renowned names on the Estonian film scene, finished their first joint directorial full-length and a feature debut for Katrin, Cherry Tobacco. The film premiered in Karlovy Vary and has its domestic premiere in October 2014. Inspired by real-life events, Katrin’s script written for the MA thesis in the Baltic Film and Media School is a love story that brings distinctively Estonian, but also universally stereotypical characters to a bog. There is not much vice in a tale led by a rugged ranger Joosep (Gert Raudsep) and a young flaxen haired Laura (Maris Nõlvak), but an abundance of warm, abashed and simple atmosphere. As there’s a married couple behind the movie, we will address them both. 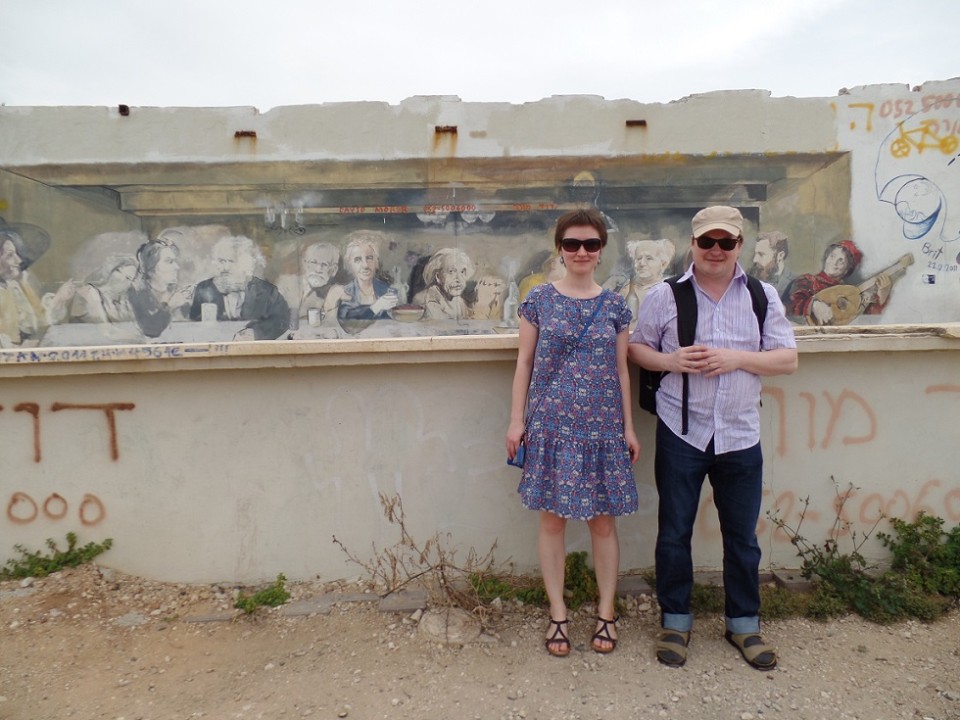 The first question is mainly to you, Katrin. What inspired you to make this film?

Katrin Maimik: The initial impulse came from me indeed, but Andres had also thought about making a love movie. I told him some incidents from my life and then we thought about turning them into a script that would also serve as my MA thesis for the film school. I got the ball rolling with the script, but from there on we did everything together. It’s not possible to distinguish now, who did what. The film is based on some real-life events from my past, that have begun to live their own life in the film. The fact that I have experienced some of it, gives me a chance to recognize more profoundly, what is happening, and get myself going artistically. Maybe the next level would be to invent everything from scratch.

Andres Maimik: A film often starts from one image in your head. Cherry Tobacco began with an image of a shy naked girl climbing carefully to a bog lake to swim. Early morning hour, still a bit misty. That’s more or less how it was reconstructed later on the screen.

K.M.: Writing a script is an intense creative process full of arguments and compromises, exploration and dead ends. Best case scenario, creative energy in unleashed, that is bigger than the sum of its parts. We took turns sitting behind the computer, but coming up with scenes and developing them was naturally done together.

A.M.: In our homeplace in Southen Estonia there is a trail seven kilometres long that takes you around the lake and through the woods. A boggy kind of place awaits over the bridge, followed by a small stream. We walk this long trail often to pick our daughter up from the kindergarten and the best ideas how to solve a scene are born there, during that walk. Peripatetic school in the best tradition of Aristotle. Movement is good for the blood flow into your brain and it intensifies a creative process. Wandering around can also help indoors – one is writing and the other one circling the perimeter. We are like two lunatics! Many important narrative lines were conceived in highway diners on the way back from Riga airport.

How much did you have to instruct your lead, 17 year old Maris Nõlvak?

A.M.: It was a thoroughly normal work process. We didn’t demand any method of acting stuff from her, where you have to dive into a role six months prior, act and think like your character. We got together, analyzed the script, talked about the background of the protagonist, her habits and expectations. Sometime before the shoot we began rehearsing at home and later on set.

K.M.: Maris seemed to have everything, the other actors took even more work. I met Stacy Martin at one French film festival and she’s come fresh from playing the lead in von Trier’s Nymphomaniac. It was her first experience as an actress in a full-length film. She shrugged and said it was nothing much – tiring but interesting at the same time. Amazing reaction, if you consider the role! An actor has to have confidence and an ability to move with the director. The things that would put an enormous strain on you, the young people just do it naturally and nonchalantly at times. Maybe they just don’t know what to be scared of.

A.M.: Maris’ own personality added a lot to Laura’s character. Her calm charm gave depth to Laura’s potentially stereotypical sulky teenager. And some physical mannerisms: Maris was like a fairy tale princess who brushes her long hair 300 times a day. Laura’s character adopted that kind of behaviour.

K.M.: Writing the script, we tried to recall what mattered back then. Different fetishes – smells and tastes that can be stored and brought to life again in order to remember your object of desire. You read a book that he read, translate some lyrics to a song or attach meaning in some other powerful way.

A.M.: One of the tasks of the director is to create a positive vibe on set. When in doubt or despair, you have to hide it and leave an impression that we are all here for one thing, making this extraordinary movie. A young actor/actress needs a safety net, to feel appreciated and to be given positive feedback. That way you will increase the chance that the walls will crumble and magic happens.

Cherry Tobacco can be perceived as an awkward comedy, well introduced by the Brits. How would you describe the humour in your film?

K.M.: Jokes in the film certainly reflect our own sense of humour.

A.M.: The point of humour is to place your character in an awkward situation, but not make it in any way fatal for him/her. In old school comedies, slipping on a banana peel never results in becoming a cripple. The more modern type of humour likely takes place in a realistic setting and deals with social awkwardness. Someone makes a fool of himself publicly, tries to impress someone else in an entirely hopeless way, or expresses a disproportionate amount of self-confidence. The play is around communication codes and unwritten rules. Cherry Tobacco takes place in a small town. Maybe that’s where the social awkwardness of our characters comes from?

When did you choose music for the film?

K.M.: The Polish song by Ewa Demarczyki was written in from the beginning. The ending song, Stuart Staples’ “That Leaving Feeling”, was our definite requirements, never mind how much the rights cost! The score was made by our good friend Sten Sheripov.

What locations did the cinematographer use? Some scenes were shot from somewhere up high.

K.M.: Mihkel Soe (the director of photography) wanted to climb!

A.M.: He’s done some mountain climbing and if the chance presented itself to climb with some expensive equipment, he jumped at it like a small monkey. The producer tried to keep him at bay, so that he wouldn’t climb anywhere without the safety equipment.

K.M.: During the tower scene he hung outside the tower by the belt, and filmed. I couldn’t watch this! (laughs). We tried to shoot continuously whenever possible. It was difficult, but worth it, in my opinion. There is a risk attached: you can’t really change much later, intensify the scene by cutting etc. The material is what it is.

A.M.: When you mess something up during filming, you have to start from the beginning with the scene. On the other hand it might be easier for the actors to immerse themselves in the role and feel the emotions, instead of trying out twenty different camera angles. This method requires a very exact planning, how the camera moves, and the position of the characters. Besides you have to guess, what the audience would like to see at one point or the other. There is charm in that kind of continuation, it strengthens the feeling of documentary presence.

As you’re also making the next film together, it’s probably safe to say you enjoyed it?

K.M.: It was quite tolerable indeed.

K.M.: In truth it was great. When one is stuck, the other can still come up with something. There is a danger to spiral into chaos on the set, but everything went suprisingly smoothly and we could lean on each other.

A.M.: We’re lucky it’s such a simple film, only a few actors and locations. We chose to depict great emotions and external events with modesty. It’s a youth film by definition, but without its classic components like sex, drugs and rock’n’roll. We have Polish music instead! (everyone laughs).

How do you complement each other as directors?

A.M.: Katrin, what have I learned from you? Don’t look at me like that.

A.M.: Katrin is psychologically very apt and delicate, my solutions are often too simplistic and robust. Katrin has an eye for detail and nuance, fragile figures and a whole lot of emotional intellience. 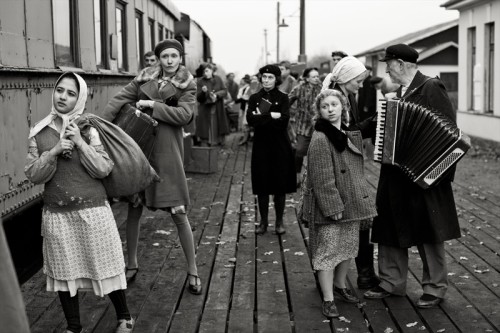 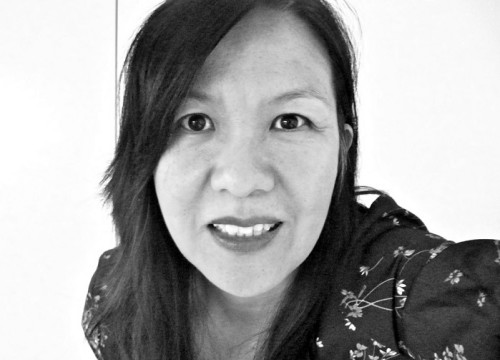 18-22 November saw the happening of the 15th International Short Film Festival Sleepwalkers in Tallinn. One of the jury members was Lai Kin Chang, an animator who has worked as a freelancer on shorts, commercials and several feature films such as "Lars the Polar Bear" and Oscar-nominated animation film "Les Triplettes de Belleville". 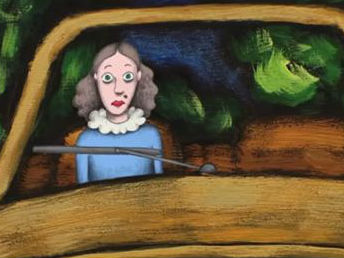