Terje Toomistu – a nomadic PhD student in anthropology – writes about the International Documentary Film Festival in Amsterdam (IDFA) and also speaks to the Dutch-American duo Kel O’Neill and Eline Jongsma about their installation. 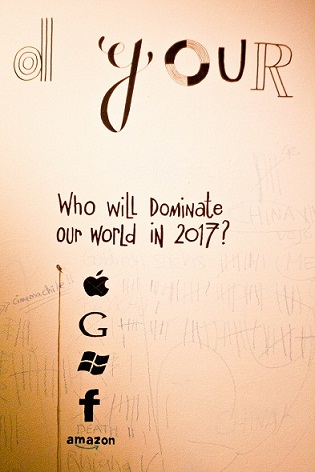 IDFA takes place every year in Amsterdam and it is widely regarded as the cream of the crop when it comes to documentaries. IDFA tends to be the launching point for many of the hard- hitting documentaries that are eventually a part of the programme at many other notable festivals. The festival tries to focus attention on films that are stylistically interesting, especially innovative and about relevant social topics. This is usually enough to lure thousands of fans and established professionals all over the world to the event. But it is also an important business event for industry insiders, creating an environment for networking for film-related event organizers, producers, authors and representatives of the media.

The programme at the 11-day festival comprises of more than a couple of hundred fresh new documentaries that can be radically different in substance as well as form. Side by side with new releases are also various retrospectives, a selected collection of standout films from other festivals (aptly named Best of Fests) and other notable works. The festival caters to all and every taste: a touching drama of an Englishman who has a motor neuron disease and his one-sided correspondence with his son on his last few days (I Am Breathing, dir. Emma Davie, Morag McKinnon), a spunky feminist introspective into what constructs beauty and sexiness in the USA (Sexy Baby, dir. Jill Bauer, Ronna Gradus) or a bizarre essay critisizing the Western media and society from the viewpoint of North-Korea (Propaganda), which by the time of the screening at the festival had gone viral and had clocked up more than four hundred thousand views on YouTube – much to the delight of the secretive New Zealander authors.

Perhaps the most ground-breaking programmes at the IDFA are DocLab and Paradocs, which aim to show potential directions in the future for making documentaries. The keywords here are innovation, experimenting and adventures on crossmedia platform. Including the digital unveiling of an interactive insomnia diary (A Journal of Insomnia) or pointers for young urban parents (Mödern Cøuple). 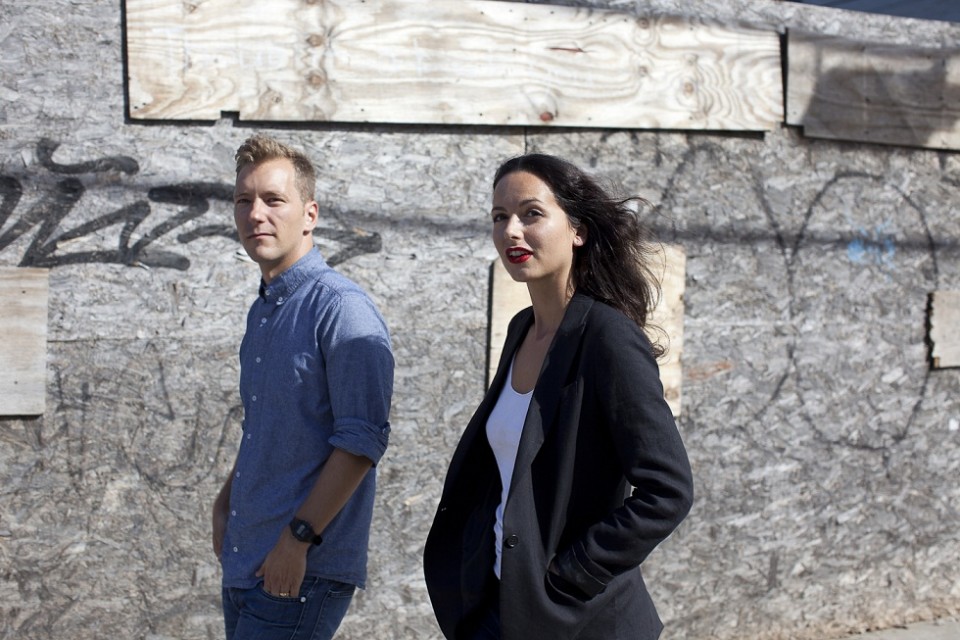 However, what especially commanded attention was the filmstallation by the Dutch-American duo Kel O’Neill and Eline Jongsma – the installation comprised of five short films rolling simultaneously that were divided onto two or three screens. Kel and El spent three years travelling through colonial domains that had once belonged to the Netherlands – Sri Lanka, Java, Ghana, Suriname, India, South-Africa, Brazil, and brought back a story charting the involuntary influences of colonization. Their project stresses that the world is interconnected more and more – this is defnitely the case, as I had actually already met Kel and El before, on the other side of the globe where they were adding the finishing touches on their dialogue piece on Indonesia. It explored the comparisons between radical Javanese neo-nazis who, for some unexplained reason, are taken with the ghost of Hitler, and Indonesia’s only synagogue that stands in the Sulawesi mountains in solitary indifference to the domination of Islam. A month earlier Kel and El also discovered a society revolving around a rich Dutch gentleman who built a village after his own tastes deep inside the tropics of Sri Lanka and where he is now revered as a God by the locals.

I asked Jongsma and O’Neill to share their experiences with Estonian film-enthusiasts and also attempted to find out how they have managed working with experimental medium and massive amounts of substance.

What has the reaction been so far to your experimental work that uses various screens?

We started producing and presenting Empire in 2010 and based on experience so far, it has been quite successful. Young people across the world have been really receptive to it. Having grown up in a globalized world, they grasp these concepts already intuitively and also accept the new format quickly. Older generations find the historic side to Empire more relatable since the project reveals „hidden“ histories and unknown subcultures.

Why did you choose that medium to tell the story?

We decided to structure Empire as a series of video installations to be presented simultaneously in the same room. We call it a full-length feature film that has exploded – visitors move from installation to installation, story to story. The viewer is at liberty to create his own narrative and conclusion. Topics such as the feeling of displacement coming out of Asian/European or African/ European mixed backgrounds or the treatment of labourers, power and natural resources are prevalent in many works. It is not a coincidence that we have one story about gold mining in Suriname and another about granite mining in India. We used a number of recurring elements, however, we also had unique situations related to certain countries/videos. All this should create the feeling that Empire is more than simply a sum of its parts. Fragmented history also requires a fragmented narrative.

What are possible ways to market such a documentary – to inspire and encourage young Estonian film-enthusiasts?

The parts that make up Empire can be made available in the usual channels of consumption. However, platforms that enable us to broadcast the project as a whole are still being worked on. Empire blends together a documentary, video as art, journalism and crossmedia. There is no certain distribution methods for such a work. Getting it across to the audiences in a suitable package is dependent on technological solutions.

Is experimenting with the form to such an extent really warranted?

Ha-ha-ha! What really IS warranted at all? We believe that our method and combining different mediums is still in its early stages. Peole are trying to figure out how to project information, stories, visuals by using available technology resourcefully. It’s interesting. In this particular world we are currently in the Wild Wild West stages and this is good because cowboys have always been our heroes. And Indians, too.

You worked in cultural contexts that – regardless of the uniting Dutch colonial history – are still very different cultures. What experience would you list as the most enlightening and also the most devastating?

In every country we worked inside the borders of our project which in itself already restricted our experience. Making the first four installations, we collaborated with local art organizations to create a kind of a safe network and to meet amazing people – this was among the best experiences. Seeing reckless attitude towards the environment in the Suriname goldmines was probably the worst experience.

How did you manage to acclimatize to so many cultures in so little time?

We didn’t. That’s not possible. We just tried to make it happen and focused on our work.

What did you learn?

We learned that the world is unbelievably small and people are more connected to each other than they themselves realize.