This edition’s film review is in keeping with Ladyfest. Hannah Arendt is about the exceptional thinker, professor of philosophy and political theorist. It appeared in the latest EurAsia programme of PÖFF and Estonian viewers have the opportunity to see it again starting from March at cinema Sõprus. 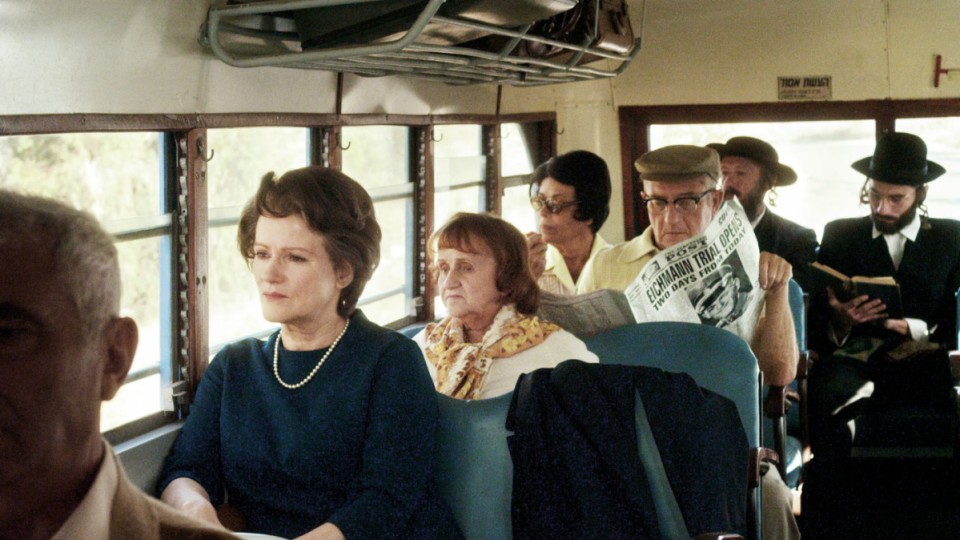 A still from the film

It is said that female film directors can better identify with female subjects. Hanna Arendt is a real treasure amongst the filmography of Margarethe von Trotta – films that portray powerful women. This particular film focuses on the life of Hannah Arendt, specifically the period she spent working at The New Yorker. During that time she wrote a book about the controversial Adolf Eichmann trial in 1961 in Jerusalem. SS-Obersturmbannführer Eichmann was the “expert on Jewish affairs” for the Third Reich. He supervised the confiscation of lands owned by the Jews, deportation into ghettos and the activities carried out in many concentration camps. He pleaded not guilty at his trial, stating that he had merely been following orders.

The Eichmann trial formed the basis for later electric-shock experiments by Stanley Milgram, which suggested that people obeying authority can act against their own conscience. Hannah Arendt also reached the same conclusions, however, many of her contemporaries struggled to understand her. Eichmann’s ordinariness and “normal” mental state inspired Arendt to create the theory on the banality of evil – evil simply stems out of the need of ordinary people to conform to orders. What makes Adolf Eichmann’s war crimes strikingly eerie is that he didn’t act on personal principles or out of belief. He was just doing his job and trying to get ahead.

The cinematographer is the remarkably experienced Caroline Champetier, who was also a part of another PÖFF success – Holy Motors. She has successfully harnessed the possibilities of wide- angle shots. There are a lot of beautiful frames that make the most of the whole of the screen space, lending a theatrical air The speeches of Arendt and monologues of the Israeli Attorney General, Gideon Hausner, also add a dramatic effect. Incorporating so much dialogue is a bold choice, considering the shrinking length of dialogue in Hollywood productions. Excellent acting and skillful employment of the camera make the dialogue appear outwardly effortless. Attention to detail is evident throughout the film – from expert make-up to interesting locations.

However, the in-depth analysis on Hannah Arendt slightly impaired the development of other characters. Supporting figures were not that convincing, leaving the impression that the screenplay had lacked focus in that direction altogether. Another thing that remained unanswered was why did the director decide to choose this story and why now? On the other hand, the choice was justified as the film helped understand the atrocities – although much discussed – the Jewish people had to live through.

Barbara Sukowa portrays Arendt’s, then in her fifties, fiery and feisty nature, willing to cross all lines in the name of truth. However, there is also a softer, more intimate side to the portrayal – meine kleine Hannah (my little Hannah in German) – as witnessed by her husband and close friends. This addition is what, in my eyes, took the film from good to excellent.