Reinis Ratnieks is one of the new internationally noticed Latvian designers. His talent got discovered unintentionally, but he has now successfully participated in many influential fashion shows, including Moscow Fashion Week 2014, despite of his easy-going attitude towards fashion and tendency to keep a low profile. His style is simplistic, structured and classically black. Reinis Ratnieks’ clothes can be seen and bought from a fashion and lifestyle concept store Paviljons in Riga. 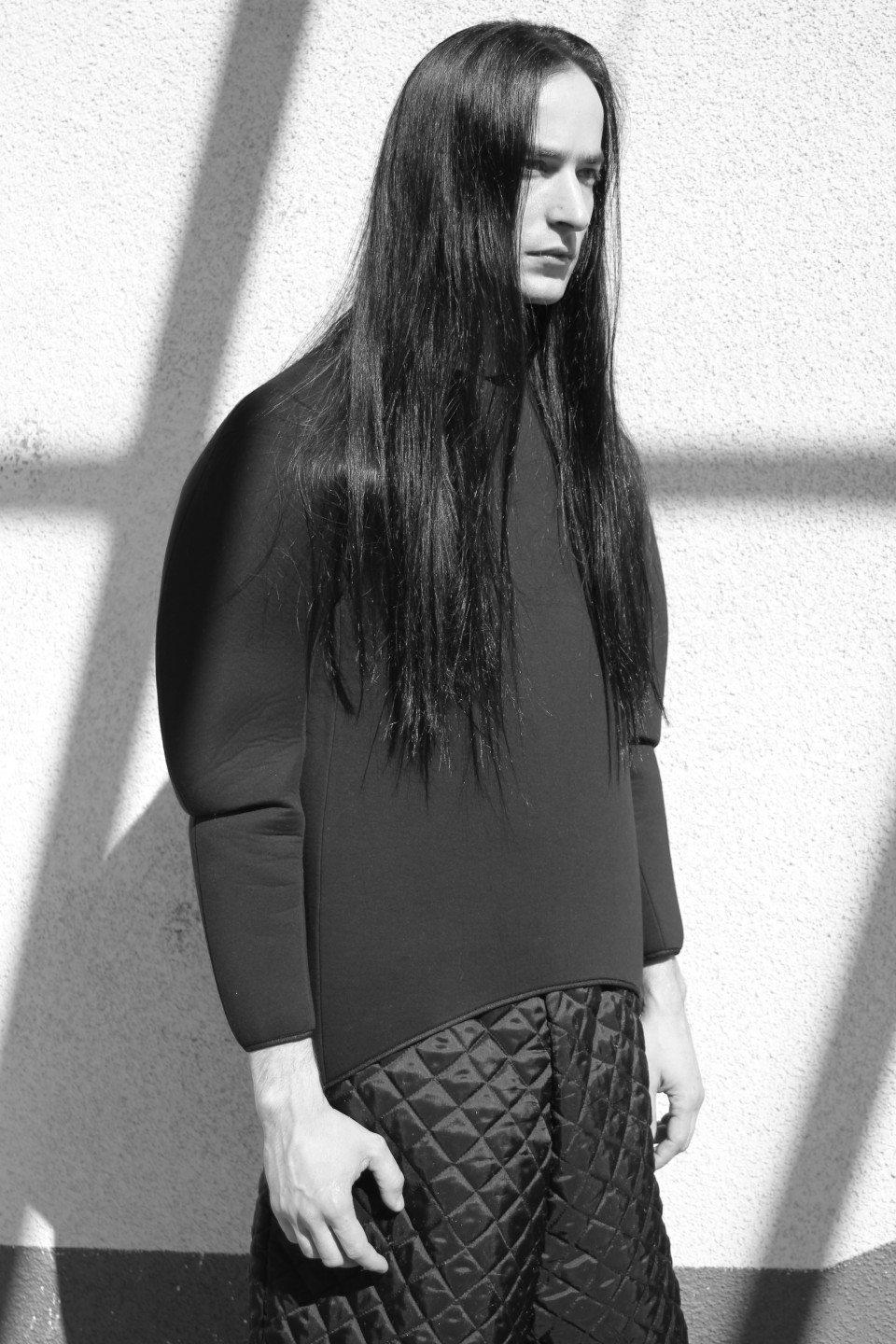 Well, I first studied in technical university and understood that this is not for me, so I quit and just didn’t do anything for half a year. After awhile I met some girls who were in a sewing school and asked me to join them. Somehow I agreed and was the only boy in school at that time. I started to enjoy sewing and was also good at it so I studied it for two or three years. I finished in all possible faculties – women’s clothes, mens’ clothes, coats and everything. I have about 5 diplomas, especially in sewing, but all this was about 10 years ago. I recently participated in an international young fashion designers competition Habitus Baltija where I got a prize to study one course in ESMOD, a private fashion school in Paris. But I don’t have to go there at any special time. Maybe some time in the future.

What is your purpose as a fashion designer and what would you like to achieve?

I don’t want to achieve anything. My way of life is to do whatever I like. And in this moment I do the things I like to do. I don’t have big ambitions and stuff. I’ll just see wherever life takes me.

What inspires you? Have any designers influenced you?

Recently, I don’t know, I like many designers and there are some things I like about them and some things I don’t. Lately I haven’t studied that much what’s going on. There are moments when I like to do research, but now I haven’t done it in a long time. I don’t know what inspires me – some simple things in everyday life I guess. Sometimes when I fall asleep there are certain visions that come to my mind and then I have to wake up and put it down on my Facebook. If somebody told me that I had to come up with something new, then it would be very hard because I never know when inspiration comes to me – it just happens.

How would you describe your style?

It’s simple, minimal and mostly about form. I don’t like a lot of details. I like simplicity, form and function. I need things to have a purpose or function When I’m coming out with something new and have to realize it, I always think about every detail. If there are some details I can’t find purpose for, then I’ll do the garment without it.

First, I’ll make some research, look people on the streets. In everyday life I sometimes forget to see what people are wearing and what they act like. But when I’m making collections, I suddenly notice everything what’s going on around and some things catch me. That’s the start. When I have that information, I decide the main course that I’ll take, what will be the main idea of the collection and then start to make some sketches – some technical sketches to understand certain things and forms, some details as well. And then I proceed working in the workshop and make it real. I need some amount of information for that. It can’t start out of thin air and with blank paper. In the process everything can change, when I start to do the garments they sometimes turn out different than I thought they will at start. The process is the most interesting thing, you can never know, what will come out. 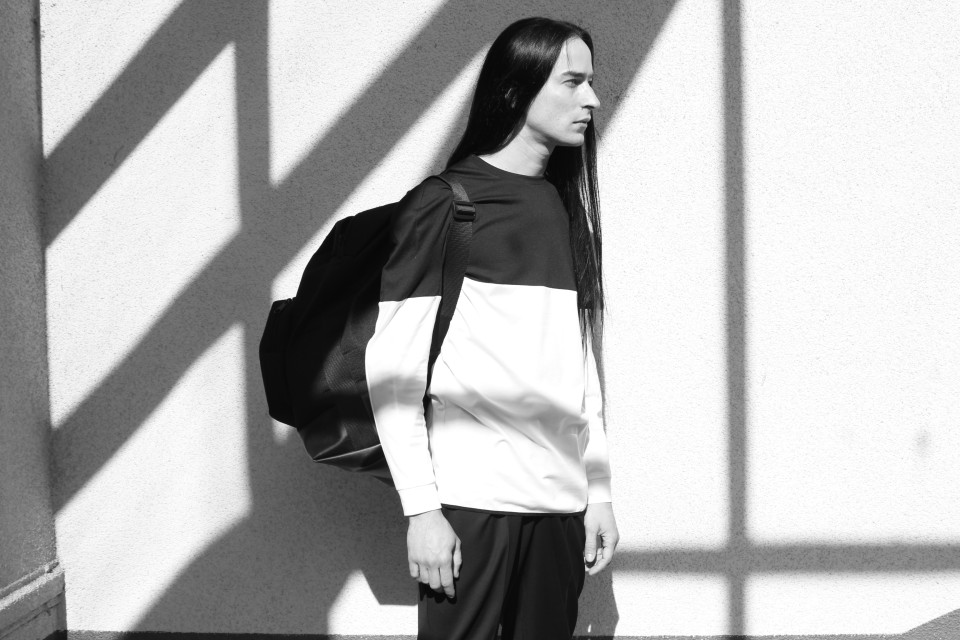 Are you usually satisfied with your garments?

The most difficult thing is that sometimes you need someone from the side to tell that it’s okay that you’re doing it. It’s very hard to find the belief in yourself that you are doing the right thing. I wouldn’t say I’m depressed, but sometimes I can’t find a reason if the things I’m doing are good for myself. I need someone else to tell me that it’s good. I think every artist has that. Sometimes when you’re doing something, you need a big reason for it. Finding that reason from the inside is pretty hard.

Yeah, it’s always like a celebration for me. It’s always a party. Sometimes organizers don’t like it, because I always take some friends with me to the backstage and we happen to be quite the party animals. We’re crazy. Sometimes it’s even hard to step out at the end, because we’re already wasted at the backstage.

What is the most memorable fashion show you’ve participated in?

I can’t name one in particular, but an interesting one was my graduation show for the Art Academy of Latvia which was organized in a church. It was the first time in Latvia that a fashion show took place in a church – one of the biggest churches in Riga’s Old Town. The feeling was really interesting. It was really different and quite memorable. I would like to do something like that again, but I didn’t like that they didn’t allow drinking coffee or anything in the church’s backstage. But it wasn’t a big problem, because the place was so amazing.

Do you feel that your clothes represent your own personal style? Or are they more like a work of art for you?

I don’t think they’re my personal style. Actually, my personal style is that I just need clothes to be comfy and to feel myself good in them. I like to wear hoodies, t-shirts and loose jeans. I used to wear very skinny jeans but I don’t like it anymore. It’s hard to step out of a car or to public transport like that. I don’t like to wear my own clothes, because then I feel like I’m showing off. Somehow I have a problem with that. I don’t feel good in my own clothes morally, not physically. I don’t always feel like my garments are a work of art, because there are things I make for normal people. I make a lot of knitted dresses – it’s the thing I earn money with. But that’s completely different of what I do for a fashion show. However, some of my clothes are art, but that depends. There are people who’d like to wear them or wouldn’t wear them. I wouldn’t wear most of the clothes that I make for the fashion shows on streets. But there are a lot of people who can do it easily and it depends on where the people are from. People from big cities like London, Paris, or New York have to wear something crazy to be noticed. But in Riga, a lot of people are scared to wear something like that, so it depends where you come from.

What do you think of the current situation of Latvian fashion?

I think it’s growing very fast lately. Five years ago I knew every fashion designer here and I knew what everybody was doing. But right now, new brands are coming out every day I think, so everything is changing very fast and that’s a good thing, but the industry is still not very big. There is an industry, but it’s always producing for H&M or some other foreign companies. I don’t know any big Latvian companies like Estonian Baltika Group that’s getting bigger and bigger every year. But in Latvia, there isn’t a big company, there are some brands spreading out, but the industry is pretty small, like local designers. There are some big companies, but they don’t make their own things. However, Latvian design is really great, because there are a lot of good designers and the quality of design is getting better. And the fashion department in the Academy is improving all the time as well. 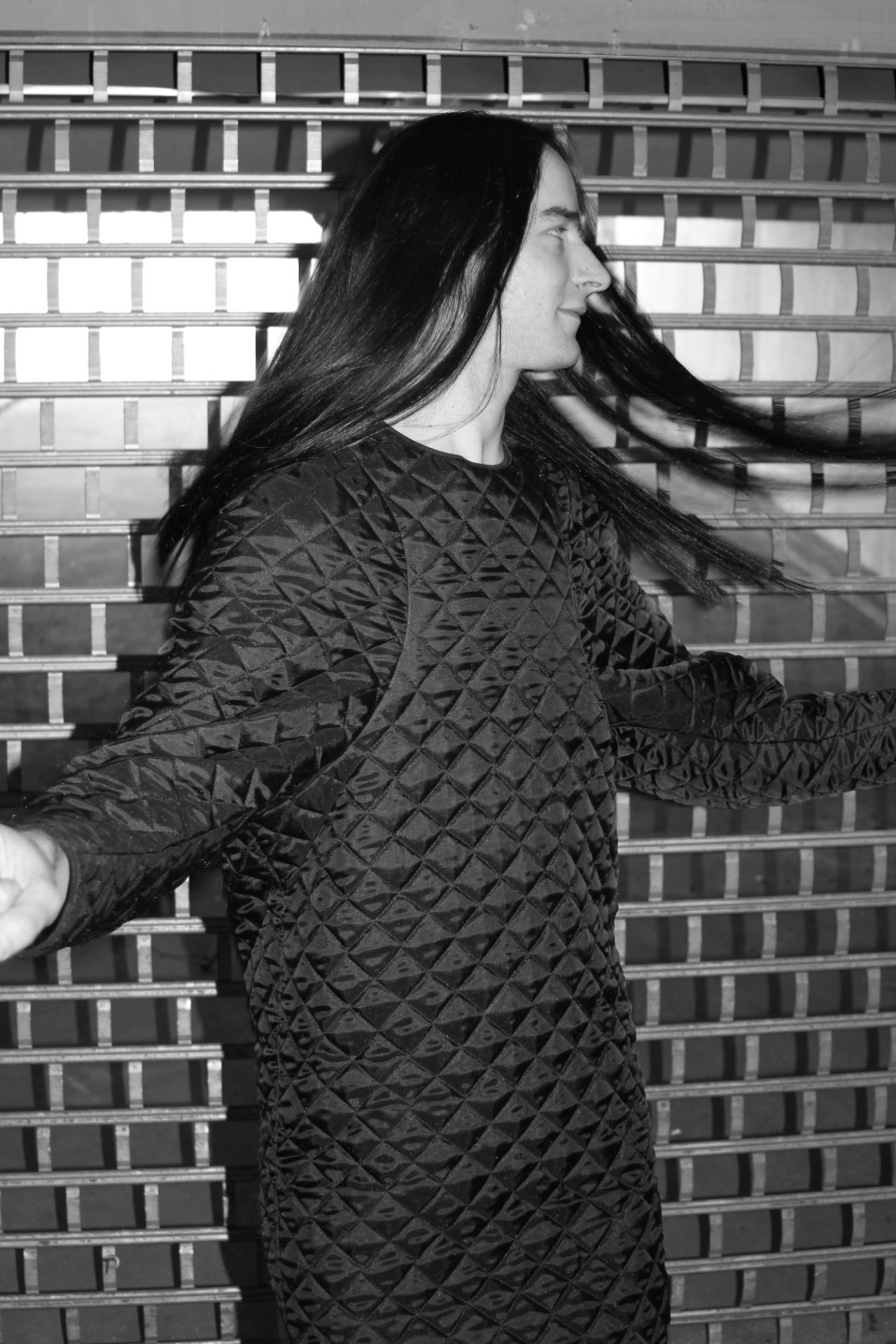 Where do you place yourself in Latvian fashion scene?

I’m just some lazy designer, who just does what he likes. I’m very chillaxed. I don’t like the way that most people are in fashion business. They’re like fashion slaves. Everything is about seasons, you have to make a collection now for next year’s summer already and I don’t like that. I don’t like to squirrel around and running around all the time. But if you want to be a big player in fashion industry you have to do it. Otherwise, nothing will happen. I don’t know, maybe someday I want to do that, but not right now. I like to enjoy life better than to work that hard.

Are you currently working on your next collection?

Kind of, yeah. For my next collection I decided that there is still much work to do with my last collection. I can still do some things with that idea. I have to go to London at the end of February to Brillante fashion show where there will be designers from UK and Latvia. I think I’ll just make my last collection better and add some more stuff. I finished it like a year ago, but I still would like to improve it. It’s like kind of new, but more like old-new. I don’t like to give names for collections, because if I give names people start to think what’s the purpose of that name and maybe they’ll get something wrong. Everyone can watch the show and have their own thoughts and emotions. I like to leave place for thoughts.

What are your plans for the future?

London at the end of February, then maybe Paris, but I don’t know when. Maybe spring, maybe autumn. Then I‘ll be searching for some new inspiration and just live on, just enjoy life. I never have big plans, I like to get surprises from life and keep things interesting. If I have big plans, I get bored.