Of reasonable girls and possibilities of hooliganism

The Artishok column is a collaboration between Wader and art-critique blog Artishok and it’s about what is currently on the minds of the artsy folk. This time we pose the question where have all the hooligans gone? 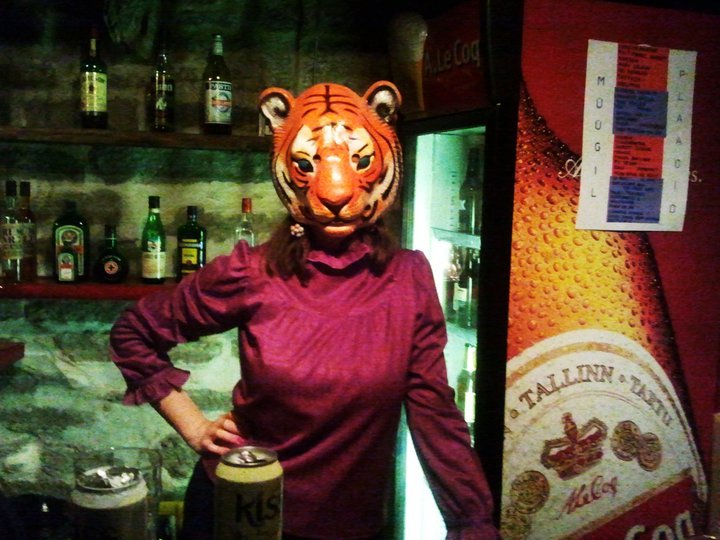 I was not a part of the 1990s art world. A statement that might be a wee bit dramatic, but I’ve got a feeling that either having been a part of it or not, is still defining the dynamics of the local art scene. It seems that back then the air of promise was prevalent, regular behavioral norms were discarded, and everything was sucked into a whirlpool. People lived through a specific experience and a huge part of that was the opportunity to be the first in something – as possibilities were expanding, everyone could import a new direction, slogan, idea, lifestyle. It seems, though, next to the euphoria, people acted so destructively towards one another that it would be hard to imagine happening now.

The 90s appear as some sort of a special state. The noughties were it’s mental hangover. For those that started doing things in the noughties, the 90s were on the one hand too close, on the other too far – meaning that we are still operating under the 90s influence. The 90s were so reckless that the period has become mythological and there’s a voice nagging at the back of our heads that we’re late – rock’n’roll was just about to end when we arrived. Digging in the trenches of personal relations gone bad also make things complicated still. Can’t help but feel that nothing has changed… And the following wave is characterized by weariness of intricate relationships, dramas, and stressing cooperation and reason to counter.

Being reasonable only lacks one important attribute – it is basically a totally charisma-free state. Our cultural code is deeply embedded with the notion that safe choices etc are for the bourgeoise and this ain’t cool. What defines the avant-garde is hooliganism – intensity, drive, and crossing the boundaries of safety and good taste.

The 1990s in the Estonian art world were about reckless abandon , which turned out to be tiring. There were hooligans – a lot of infamous characters, escalating relationships, role playing etc. The legacy that the 90s left for those who emerged onto the scene in the noughties is among other things renouncing hooliganism. I don’t miss the avant-garde dictating the rules of the art world, however, one should not discard the child – the hooligan. Hooliganism is much like a palatable platform for creating shortcuts and gaining specific symbolic capital. It is said that barefaced audacity is a human’s second happiness. Hooliganism as a conscious effort is a little desperate, but as a spontaneous act it can be a catalyst towards the next level, an offset. It brings together playfulness, bravado, irony, confidence, conviction and a little desperation – it is always about crossing boundaries, risk, and going with the moment.

Hooliganism in its positive and productive sense seems to be rather difficultly applicable for the contemporary woman. I myself am the product of the post-feminist wave and it is notably surprising that hooliganism is a continuous indicator of gender roles. Some things are inevitably different when done by women as opposed to being done by men, for example rowdy women are banal, but rowdy men possess the archetypal “bad boy” cool.

At the same time we are a part of the third wave of feminism and hooliganism should be a choice to define oneself like any other. However, various different roles have already been done and rebellion is more complicated – we are already disappointed in what makes up a rebellion. Hooliganism is much more difficult, because we’ve already seen it all. Psycho-bitches, milfs, femmes fatales, the lolitas etc. Additionally, the mainstream media keeps advertising girls-gone-bad – ordinary girls write into their blogs how they’re totally crazy and “ohemmgee, I’m so not normal”. Going off the rails a little is the new normalcy, the new way of being conventional. Modern times have entwined female hooliganism with its strictest sense of the meaning and deviance is over exploited.

We are currently dealing with a wave of reasonable girls in the art world, who have come to be like this through opposition – on the one hand against the ruinous 90s and on the other against the popularized mainstream mischievousness. Being reasonable can, however, pose a trap – restricting oneself, too much compromise and depriving oneself of a specific kind of charisma. Evidently every woman has to come up with her own version of being an enfant terrible – if the 1990s saw the Awful Woman (Mare Tralla), then what would female hooliganism look like today?