Considering how non-existent the film industry in Estonia is, 2013 has provided a remarkable pool of well received films: Ilmar Raag’s rural drama “Kertu”, Hardi Volmer’s “The Artist”-reminiscent “Living Pictures” and the Estonian-Georgian co-production “Tangerines”. Heleri Saarik’s debut “All Musicians Are Bastards” is probably more experimental than all of the aforementioned combined. It comes as no surprise then that when it was released already late last year, it didn’t pack cinemas – quite the opposite, actually – and received only a handful of screenings. 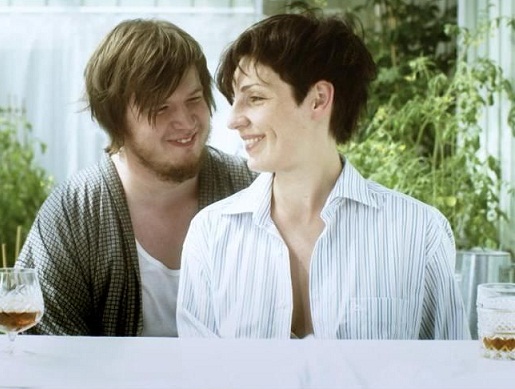 It doesn’t take much time to see why – due to the lack of continuity in the storytelling. The main character is Leila, played fiercely by Riina Maidre, who finds herself in the company of a bunch of (wannabe?) bohemians and young vagabonds connected by a surreal strip club/music bar. While the general theme can be grasped – the film portrays young people trying to find meaning to their lives, mostly through drugs, alcohol, sex and music – there is no story as such. It’s all very abstract, non-linear and artistic.

The hazy and dreamy feeling is stressed by the impressionist, sometimes decadent visuals. Some of the set pieces are stunning but much like the situations depicted, they rarely link to each other. In other words, the film never manages to feel whole. Furthermore, it blurs lines between reality and fantasy, art and kitsch, music and noise. Music, by the way, is treated as an organic component of the film, at least complementing the audiovisual aspect very well.

“All Musicians Are Bastards” is definitely for those more inclined towards poetic visuals than those preferring a more conventional narrative. Needless to say, this strongly polarizes audiences as it has already done in Estonia. It fails to establish much rhythm or momentum since the offbeat experimentations make it difficult to connect with. The few spectators who manage, will probably adore it. Others will mostly feel indifferent, if not thoroughly disappointed. Saarik seems to be in firm control of her vision – passing it on to the audience is another question. As things stand, the lavish visuals deserve a more engaging storyline. Any storyline, really.