Rosanne van Klaveren is a Dutch artist living in Belgium who has been residing in Tallinn this spring as an ADAPT-r fellow. Following her talk at the Estonian Academy of Arts Faculty of Architecture guest speaker series, we used the opportunity to ask her a few questions about her focus on the possibilities of artistry, creativity and new media to create a temporary feeling of “togetherness” during participatory practices. During many years of community art practice van Klaveren frequently experienced the burden of distance when working in communities as an outsider. Such distance is not beneficial to the collaboration, or to the end results. She therefore researches how shared media use can build a metaphorical bridge in between the “us” and “them”, as a creative space for expression. Because the us-and-them dichotomy is much clearer among indigenous communities, van Klaveren has conducted this research mainly through the realization of two projects which concern the Arctic people: an online platform with a focus on Arctic food and an interactive road-movie. Her “the between” position touches artists: think of Gloria Anzaldúa’s writings on borderlands being in a constant state of transition, or the “in-between” mentioned by anthropologists and ethnographers. Jumping back and forth in her practice between the artistic and the academic, van Klaveren has found that the “in-between” and the “borderland” relate best to the terrain she has positioned herself. 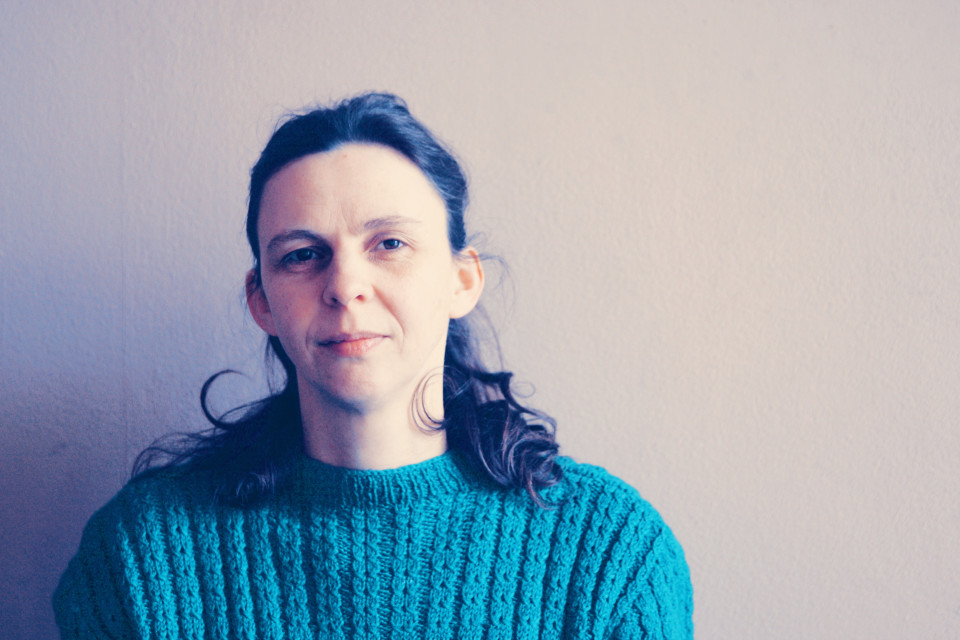 What is your take on “expressive spaces”?

Expressive spaces are locations, or even situations, where one can express oneself. For example, a social medium platform can be an expressive space, or a bar at the local football club. During (artistic) participatory practices and community art, it is common to modify, alter or create such spaces for expression to occur. With human relations and social context as their point of departure, many contemporary artists handle a varied range of skills, methods and tools to create space or to moderate circumstances for shared activities. These kinds of practices are usually not held in the white cube settings of Art with a distant capital A, wherefore art has built a bridge towards society, away from aristocratic tendencies. Artistic participatory practices can establish connections between people and strengthen or even create communities. The way participatory artists shape their expressive space can differ as greatly as the artists themselves. These spaces can merge with physical places or can exist in virtual environments only, or do both.

… and on “experience of space”?

This for me relates to (re)shaping spaces for participation. Art has the possibility to create a parallel existence, a world similar to the actual world we inhabit but with a slightly different set of parameters and components. Certain aspects of our world can be enlarged or ignored in this representational reality. Hence, experiences relevant to our present day existence are shaped and communicated. Also, relationships can be made visible or practiced through art. In his widely referred “relational aesthetics”, Nicolas Bourriaud described the notion of relational arts as a linking element and a principle of dynamic agglutination, “…a set of artistic practices which take as their theoretical and practical point of departure the whole of human relations and their social context, rather than an independent and private space” (Bourriaud, 2002).  In such expressive spaces, participants can creatively and imaginatively share thoughts and experiences. Less burdened by limitations of knowledge systems or world views, these spaces enable different kinds of knowledge to merge.

How about “engaging spaces”?

In my own art practice I often created online story spaces. In the Braintec project, for example, people were invited to engage in a science fiction story by writing diaries about their virtual experiences as test subjects for a medical research company. Not only the company’s website, but also a second site with virtual diaries was created as the expressive space of this project. To infiltrate physical reality, this story space was expended with company ballpoints, leaflets, flags and other promotional material used during presentations and exhibitions held at different locations.

You often talk about the “Us-and-Them” dichotomy. What is this about?

As a response to my experiences in community art and in contact with indigenous communities, I am investigating how it is possible to create a temporary feeling of togetherness. In my opinion distance is not beneficial to collaboration, or to end results. Difference, on the other hand, is valuable. People are allowed to be different and they better stay themselves, whatever “us” or “them” they belong to. The inclusion of different experiences is always one of the added values of participatory practices. I believe though, that during the act of participation, artistic and creative practices can bring people more together, temporarily. The act of expression and shared activity can build a metaphorical bridge where people can meet in the middle, in between. A temporary feeling of togetherness, also to be described as a feeling of solidarity or connectedness, can occur in this shared moment, which will diminish when people end the activity and go back to the “us” that distances “them”.

One example would be the Food Related project where recipes, facts, news items, concerns, and other content related to Arctic food and food culture are collected on an online platform, while workshops and other events are organized to support this sharing. As a virtual meeting place, the platform tries to build bridges between the different Arctic peoples: a bridge that can overcome physical distances through virtual contact; a bridge that can overcome language problems through automatic translation software; a bridge that can support transitions and changes through exchange of experiences and discussions; and a bridge that can strengthen dignity and self-respect through positive cultural display and attention for contemporary issues. Just as food has been shared within the Arctic for so many years already, thoughts about food can be shared upon this platform. The artistic approach turns it into a nice place to explore and makes it enjoyable to contribute, while the food related information forms a varied collection that is sometimes fun to read and often food for thought.

Yet in terms of physical appearance of your artwork, how do you imagine these shared spaces: as “inside” or “outside”?

Wherever possible, I try to turn outsiders into insiders. For example, the best way for viewing the Niva to Nenets road-movie, will be as an art installation that experiments with possibilities of (new) media to create a temporary feeling of togetherness, “to be experiences” while watching the movie (together). When the film is projected from different angles on the fabric of a chum, from the inside, it will attract and invite people to enter the installation space and become insiders. Once seated, on cushions on the ground around a console, one can navigate the road-movie and choose story-lines on a touchscreen. Sitting together with other viewers, circled around the console as if it is a fire to feed, an imaginary connection to traditional Nenets life can be felt. It would be the aim of this installation space to create favorable circumstances for an interest in the Nenets to occur. The road-movie hopefully creates awareness of the contemporary situation of this reindeer herding people, as a transfer of knowledge, this could lead to further discussions. In combination with the paradoxical dilemmas that are discussed within this documentary, this project invites to reflect upon human behavior that is typical for the arts: an artistic visualization of human thoughts, views and actions.