Nobody likes a mama’s boy, but daddy’s girls are the lucky ones – at least that is how the saying goes in my country. The leading actress Clara Christiansson, only 11 years old at the time of the shooting, makes her Papa (Jakob Cedergren) proud as a strong little girl. A conflict is born when her father may or may not have killed a man. Papa does not look like a murderer-type, but does such a thing really exist? 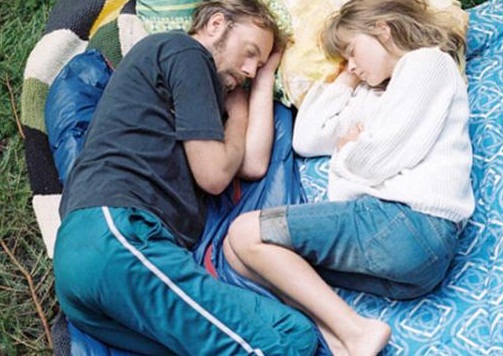 Like so many other set designs of Scandinavian films screened at BNFF this year (Hemma, 2013, dir Maximilian Hult; Vi är bäst!, 2013, dir Lukas Moodysson), the texture of the film reel, details from this dismantled home and actors’ clothing remind me of 80s. Fredrik Edfeldt’s second film, nominated for the Dragon Award of Best Nordic Film, depicts the fugitives filling up the gas tank of a rusty Ford and driving as fast as the car goes. They flee to the wilderness to spend one last summer together before they will be separated.

The police are coming and social services are ready to take over. The typical chase that follows will not be the last cliché in the adventure drama and characterises the storytelling as a whole. Gorgeously natural reactions of the characters speak of skilful supervising by the director and dialogues that might have been utterly banal come across as fresh instead. The mother is not in the picture, and discarding the few unimaginative tangents in the plot (a crazy hippy lady living alone in the forest, for instance), the reach of the frosty camera – it is Scandinavian summer after all, stays with the father and daughter amidst breathtakingly beautiful nature shots. Even a full-grown elk is caught straight on camera. Scenes of endlessly tall trees, beautiful lakes, sky as the ceiling and wild animals as scary new friends give the feeling of being there yourself.

Melancholy and mystery in the eerie woodlands create a dark green springboard for the characters to jump off to wondrous heights that apparently lead to nowhere. The plot is thin – it seems to be compiled for a much shorter film, but stunning cinematography and impressively resourceful acting make it an evocative exploration of paternal love worth watching. Surely one of the best finds among the Scandinavian films at this year’s BNFF.