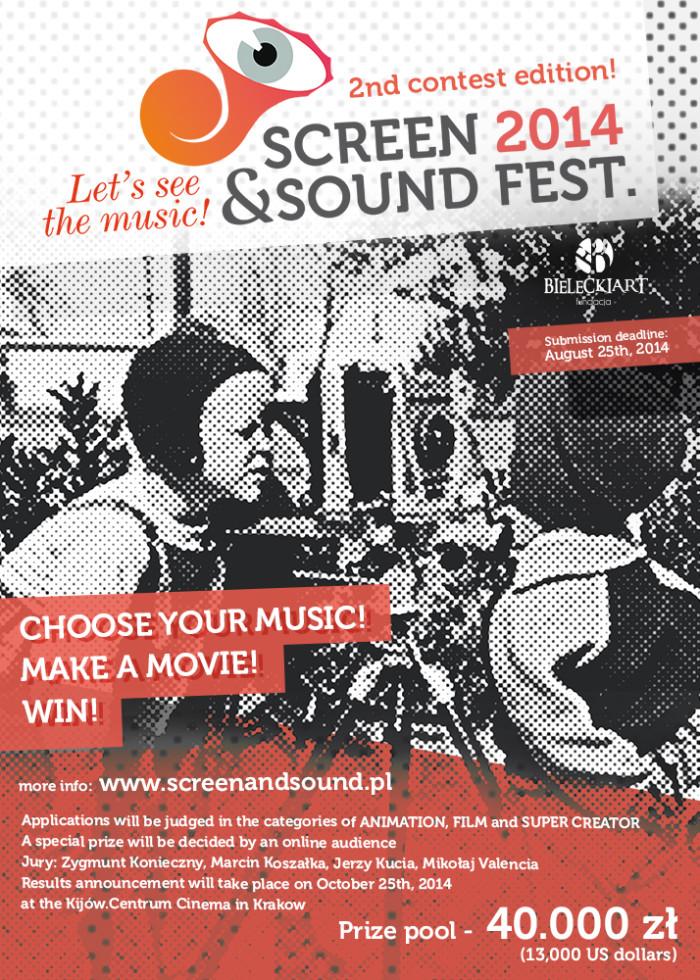 This edition of the festival presents directors with a new challenge. The music which you can choose to base your films on is mainly represented by composers long associated with the cinematic medium, so the contestants will have to face the challenge of musicians that truly excel in the art of film music. The organisers have taken care to select a variety of music choices, differing in genre, mood and instrumentation.

The organiser of the festival, the Bielecki Art Foundation, considers the participation of artists from around the world to be a crucial part of the project, and the international nature of the competition makes it all the more compelling. The commitment of people outside Polish culture has an enormous impact on the variety of the projects, and thanks to that we are bound to find films that present a diverse look at music. How the contestants interpret the work of Polish composers will be an intriguing platform for exchanging views on culture and art.

Filmmakers can choose among these compositions:

Projects need to be sent by August 25th. The final of the contest will take place in October 2014 and you can win cash prizes from a total of 40,000 Polish złoty (ca 9500 euros). The latest edition of the Festival sees some changes to the rules, as the films will be divided into three categories: Animation, Film, and Super Creator. Additionally, there will be a contest for viewers to judge movies online.

The jury will consist of outstanding specialists of international repute: Zygmunt Konieczny, respected composer of film and theatre music; Marcin Koszałka, cinematographer and film director; Professor Jerzy Kucia of the Krakow Academy of Fine Arts; and Mikołaj Valencia, a specialist in visual effects.

With its unique format and international flavour, the Bielecki Art Foundation’s Screen & Sound Fest – Let’s See the Music! competition aspires to become one of the most important events of music and film in the country and abroad.

Last year’s winner of the 1st prize was Aap Kaur Suvi from Estonian Academy of Arts: