The Estonian Academy of Arts, Faculty of Architecture has been running public guest speaker lecture series since 2011. One of the key speakers during the fall semester 2013 was Tor Inge Hjemdal who is a Norwegian architect and currently an editor and partner at CONDITIONS magazine. He is also an architectural manager at the National Association of Norwegian Architects, an experienced manager of large scale projects and winner of international architectural competitions. He is known as a co-curator of Oslo Architecture Triennale in 2010, as well as a moderator, lecturer and teacher at both the Oslo School of Architecture and Design (AHO) and Norwegian University of Science and Technology (NTNU). Hjemdal is an internationally recognized critic and has received several grants and scholarships. He has been invited to participate at the Venice Biennale both in 2010 and 2012. 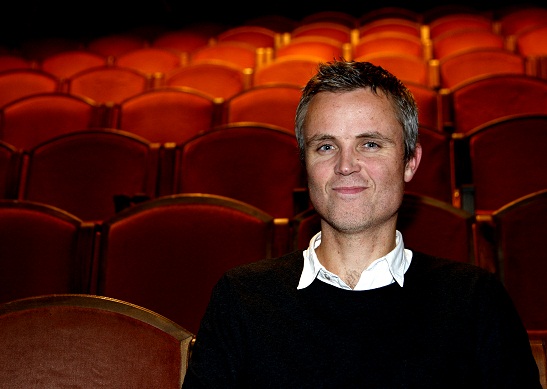 Veronika Valk: Your magazine CONDITIONS declares to have no ‘themes’ in the traditional sense of the word. Yet each issue carries a title, for example one of the most intriguing ones, issue # 8 was titled “Preparing for the Unknown”. Should forecasts about the future (cities) be based on today?

Tor Inge Hjemdal: Coming up with scenarios or visions for the future is such a common thing nowadays. Architects are pretty good at this. We create stories and future desires into which we project our future plans. Most of the time these visions have to be based on the conditions of today for them to be able to communicate and sell. I think this has limited potential. I sometimes talk about Blade Runner in my lectures. This movie is made in 1982 and set in the year 2019. Now we are in 2013, but I am pretty sure we are not going to have flying cars in 6 years. The only thing we know about visions is that they will never emerge the way we predict. The future is too complicated for that. Look at issue 11/12 of CONDITIONS, “Possible Greenland”, where there are visions for future Greenland. The function of the projects included was to initiate discussions and processes, something that actually happened in this case.
The important thing is to create good strategies. We dealt with this in issue 8, “Preparing for the unknown”. We had a very interesting conversation with Poul Nesgaard, the dean of the Danish Film School in Copenhagen. In running the school, his strategy is friction. By creating friction he is pushing and provoking people, the surroundings and the society to improve, think, rethink, become aware, act and respond adequately. By developing a strategy – and not a vision – you are in a position to act. 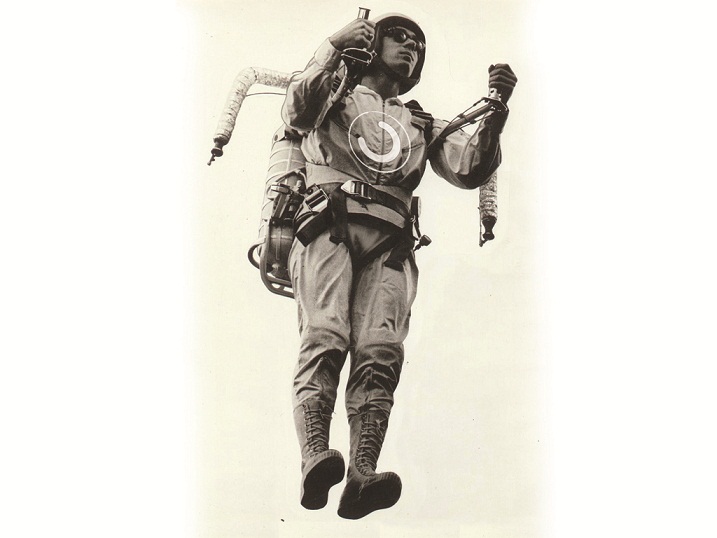 CONDITIONS “Preparing for the unknown” issue

Why is it so complicated to communicate the issues of architecture and urban design to the broader public?

On one hand, we have a different language and we (architects) sometimes use this to be more elitist than necessary. (To give you an example, “vertical communication” means a “stair” or an “elevator”). We have a need to be different. We are sometimes more concerned with communicating with each other – that is with other architects – than with the public. What a lot of architects are looking for internally, is being acknowledged by their peers, getting a pat on the back from a respected colleague, rather than trying to communicate with others – people who might not anyway get what the architect is doing. This of course points to the architect as the artist, something that still haunts the profession.
The other way of seeing this is that we are trying to align with the language of others. For instance, we try to talk the language of the economist or the engineer and so forth. The problem with this is that we are not really good at it. What we need to do is to be better at communicating our knowledge, communicating what we know. I am not saying that we should become even more introverted and communicate only more amongst ourselves, just with a fellow architect, but that we should find ways to communicate architecture – by talking about and focusing on – architecture.

Smaller publications have a chance – we see that many magazines have been created since we started almost 6 years ago. Speaking of print-magazines, a cultural publication needs to be “narrow minded” in terms of specialisation, to be able to communicate. How this is backed up by a financial strategy is more uncertain. I really do not have a good answer to that.

What kind of a role do you believe the architects and urban designers should play in society?

This is a big question and something I tried to elaborate on and talk about in my lecture.
There is a limited view of what architecture and an architectural process is. We think we do architecture when we make CONDITIONS. I think this is a start. I discussed this with Kristian Kreiner, who is a professor at Copenhagen Business School, in issue 7 of CONDITIONS. An architect has two abilities: the ability to make new connections and the ability to assemble single pieces into a meaningful aesthetic whole. If you take a look at those two abilities then there is an unlimited potential to where and what we can do. The point is that if you use your ‘architectural glasses’ you will play the role of an architect, (almost) regardless of what you do. We can no longer limit our profession to saying that one is an architect only if he or she draws projects. 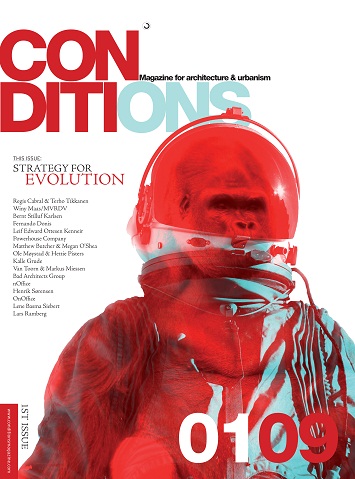 Iben Falconer once criticised the Danish Culture Canon in CONDITIONS magazine. It rang a bell in terms of current trends in Estonia – and in Europe in general – to come up with architecture export strategies within the larger framework of architectural policies. As Falconer points out: if consensus, defined as “inscription within given roles, possibilities and competences”, is the “main enemy of artistic creativity as well as of political creativity” (1) and dissensus (is the presentation of information that does not imitate what is currently being presented, nor does it actively oppose it; instead it) presents opportunities for an alternate reading, then is there a place left for “dissensus” (2) in architectural practice, in the present market-oriented neoliberal context?

In issue # 10 of CONDITIONS we looked at the lack of criticism within our profession. Criticism has been replaced by gossip. This is of course linked to the question of consensus / dissensus. Gossip contributes to both simultaneously. In today’s society, looking for instant gratification, we have lost the culture or ability to develop the profession through critique, thus dissensus. We could discuss this for a long time, but I think we need to look at how architecture is produced – the process of it – and our understanding of the ‘site’ or the ground, which is in most cases an urban condition, the city. The process of making architecture is changing since new capitalism is social and not based on transaction, new tools support this shift, as well as the shift from global to local. We need to stop looking at our surroundings as an object, or collections of such, and start looking at it as a process – the city is a process. Seeing it as a process has tremendous potential, as this enables us to include and empower different actors than it was possible in the market-oriented neoliberal model. When the production and the roles change then the “concept” of dissensus will be something which we will exploit and explore in a different way – today we seem to be more concerned about aligning our work with what we think the developer wants.

A few years ago, Rachel Armstrong wrote in CONDITIONS magazine that architecture is a technology of environments: “Its primary role is in creating a synthetic skin around its human creators and inhabitants to optimise the immediate environment and exclude the hostile elements. Historically, the best materials have been inert and belligerent to the environment.” She pointed out that the two-way connection between architecture and nature is needed in order to develop and implement the “Living Technology” [which] will be symbiotic with existing architecture”. How far along are we on this road to the metabolically symbiotic living environment?

Your question could be understood on a physical or on a more abstract level. The question about the actual technology is for Rachel Armstrong to answer. As for the narrative level, we collaborated in 11/12 issue of CONDITIONS (it was for the Venice biennale 2012) with geologist Minik Rosing who focused on the concept of adaptation. And to understand symbiotic living we need to understand the concept of adaptation. And no, I do not think we have got very far on this. Just take a look at the discussions about sustainability – the question how sustainable we are has to do with how we adapt to our surroundings. After a long talk with Kjetil Tredal Thorsen of Snøhetta he said “democracy has yet to find its shape”. This reflects the previously mentioned shift in how we think our surroundings are made: going from the pre- and post-war era master-planning to market friendly project-based development, and then on to the future process-based production of our surroundings. This is a very painful and demanding process to go through, demanding a lot from all of the players involved, and also from the concept of democracy as a whole. Kjetil’s comment makes much sense in this context when discussing the concept of symbiotic living.