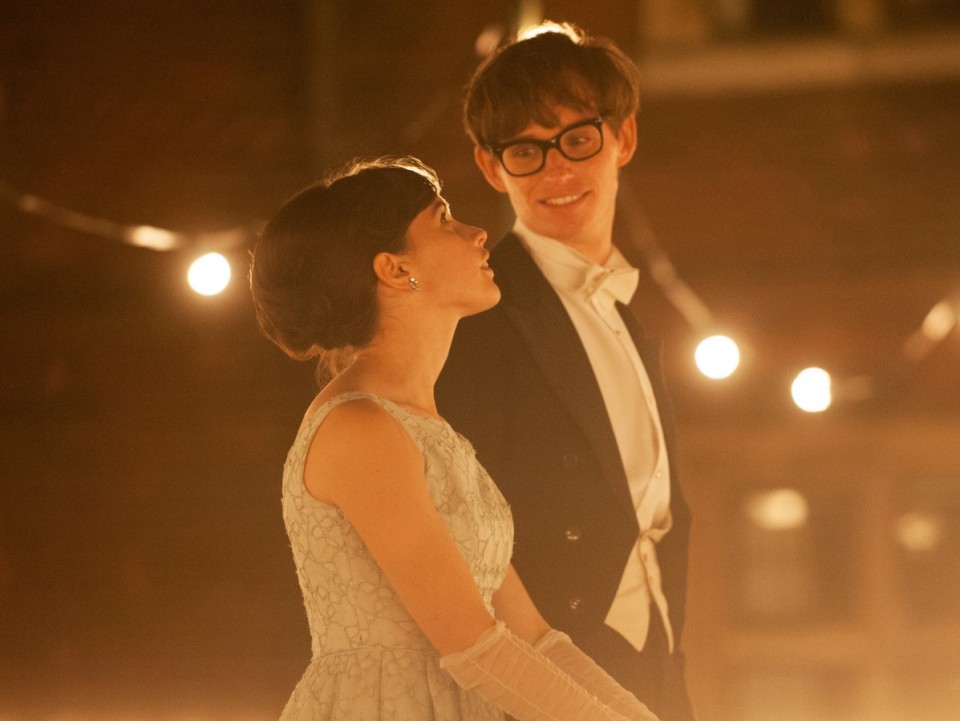 Eddie Redmayne and Felicity Jones in "The Theory of Everything".

What would you do if you knew you have only two years of life left? This is one of such questions which cannot be answered without self-experience, without an unimaginable amount of emotions accompanied by an awareness of how many things you won’t be able to do. Doctor’s verdict may bring depression and a feeling of loneliness but it doesn’t have to. Sometimes it is stimulating and it becomes possible to deceive destiny.

Stephen Hawking, who was supposed to die at the age of 23, lives until nowadays and he’s 72 years old. One of the greatest cosmologists of contemporary times, author of A Brief History of Time, has a motor neuron disease related to ALS (very popular lately due to the ice bucket challenge). The answer to the question how he managed to achieve it, can be found in the newest film directed by Oscar winner James March: The Theory of Everything.

The story begins in 1963, when Hawking, for the first time, met his future wife Jane. Through the magical atmosphere created by means of delicate music and colorful frames we are introduced to the love story. However, the fairytale doesn’t last long, because the doctors recognize the origins of the disease. The protagonist falls into depression from which he manages to recover with a little help from his friend and his beloved one. The struggle with time has two aspects: he must find an answer to the question of how the time began in the short time he has left.

Although it seems to be a typical tearjerker based on emotions resulting from becoming a disabled person, in fact, it is the other way round. Each disagreeable situation connected to progressive illness is balanced by continuous, sarcastic humor of the scientist, who retained brightness of the mind. Based on Jane Hawking’s book, the film shows the family life in true light with its all ups and downs. Characters are not crystal clear what makes them more true-to-life and inspiring.

In the beginning, the story unfolds with an accompaniment of beautiful shots full of saturated colors, creating a magical scenery for appearing love. During the changes in plot, the color scheme remains the same emphasizing the warm climate of relations between the family members. Maintained high-key creates a gentle, smooth frame for the tragic but, at the same time, incredibly positive story.

Eddie Redmayne, who is playing the main role, deserves a special mention. He not only looks like Stephen Hawking, but also acts very convincingly an ALS-afflicted person. His mimicry expresses all the emotions related to losing control over his body. Felicity Jones (playing Jane) also does well with the hard role of the woman who devoted her life to her husband remaining in his shadow. She shows how strong and determined Mrs. Hawkins was during their life together.

Somebody could accuse this movie of being too sugary Hollywood-style (with captivating ending) but, after all, it is based on a true story and real people. That is its biggest advantage. We can follow the story of a man living on borrowed time who didn’t surrender. We don’t feel sorry for his incapacity but envy his skill of squeezing each day to the last drop. It is possible to defer death if you have a serious reason for staying alive.