After two successful editions, Amsterdam’s international photography fair and festival returns on September 18th to September 21st with an elaborate festival programme that celebrates photography in all its forms. 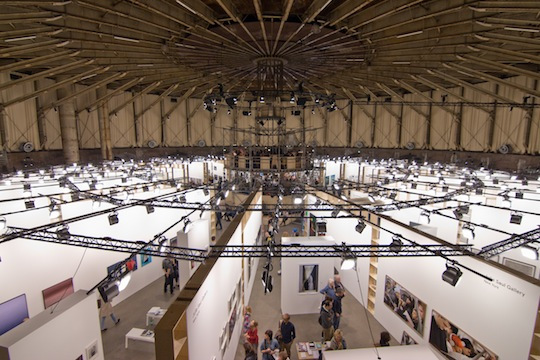 Unseen’s Managing Director, Sasha Stone, commented, “Touching on greater themes, such as transitions in contemporary photography, and drawing on narratives from countries as far as Japan, the festival programme of Unseen 2014 is sure to inspire both the collector and photography enthusiast. We are delighted to present the festival programme of Unseen 2014, created with inspiring partners and collaborators from the Netherlands and abroad.”

The Unseen Living Room, an informal meeting place for the exchange of dialogue and ideas and where discussions and lectures take place, packs an exciting programme from Thursday 18 September to Sunday 21 September. On Thursday 18 September, visitors can enjoy talks by talented photographers Lorenzo Vitturi (b. 1980, Italy), Daniel Gordon (b. 1980, USA) and Kate Steciw (b. 1978, USA), a discussion of contemporary Japanese photography, and a panel discussion with the 2014 Foam Magazine Talents.

On Friday 19 September, a symposium will be held on an important transition currently taking place in contemporary photography in which the meaning, function and value of the photographic image have fundamentally changed. Two important developments within this framework will be discussed. In Under Construction, confirmed guests Lorenzo Durantini (artist, curator and writer, Italy), Matthew Leifheit (independent photographer, writer and curator, US), Lucas Blalock (photographer and writer, US), Joshua Citarella (artist and curator, US) and Chris McCall (director of Pier 24 Photography, US) will focus on a new and highly relevant generation of American visual artists for whom the creative process can be as much the subject of an image as its final result. 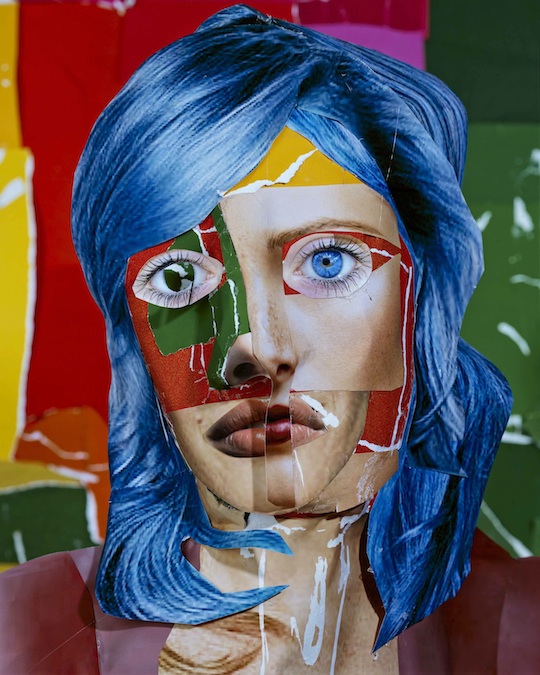 Portrait with Blue Hair 2013 by Daniel Gordon, courtesy of the artist and Wallspace, New York .

In Research: The Photograph as a Document, Thomas Seelig (director Fotomusem Winterthur, Germany), Thomas Keenan (professor at Bard College, US) and Julian Stallabrass (lecturer, writer, photographer and curator, UK) will discuss photography’s potential to be used as a medium for visual storytelling in the 21st century.

On Saturday 20 September, various initiatives focusing on the places and the ways in which photography is presented, including The Weekender (Netherlands), Probe (Netherlands), Der Greif (Germany) and SSZ Sued (Germany) will discuss Emerging Platforms. This talk will also focus on new hotspots with thriving photography scenes including Zurich in Switzerland and Cluj in Romania.

The Unseen Talks will conclude on Sunday 21 September with Lunch Bytes, a series of discussions that examine the increasing ubiquity of digital technologies in relation to artistic practices, curated by Melanie Bühler. In collaboration with the Goethe-Institut and Foam, the Unseen edition of Lunch Bytes will feature distinguished artists and theorists in the field of image-making talking about Image Excess such as artists Hito Steyerl (b.1966, Germany), Oliver Laric (b. 1981, Austria) and Katja Novitskova (b.1984, Estonia).

Unseen is also proud to present the interactive photography project, Trust the Cloud, created by Phanta Visual in collaboration with Mulder Montage, Publi-Air, Studio Stomp and the Hogeschool van Amsterdam. The artwork transforms a riveting experience into a brief digital moment. After taking an escalator up several metres, visitors are invited to jump into an inflatable cloud of light. The jump, which will be photographed and uploaded to “the cloud”, can be seen for a brief amount of time before disappearing, much like the act itself. With the project, Phanta Visual hopes to make the abstract “cloud” tangible, even if just for a moment. The artwork can be experienced and enjoyed by all. 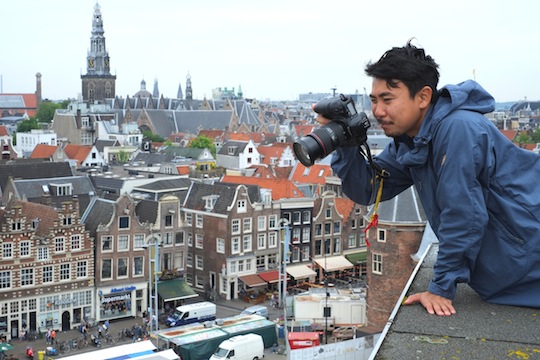 The special exhibition Anima on Photography, Japan, will be presented at Unseen, curated by Chihiro Minato (artist, critic, curator and professor at Tama Art University) and Shigeo Goto (professor at Kyoto University of Art and Design and director of G/P gallery). The exhibition focuses on the silent existence of “animism”, or the concept that everything has a spirit or a soul, in contemporary Japanese photography and exhibits the work of Japanese artists from the 20th century to the present. A round table discussion will be dedicated to Japan in the Unseen Living Room on Thursday 18 September with Shigeo Goto, Simon Baker (Tate), Ferdinand Brueggeman (Director Galerie Priska Pasquer) and Ivan Vartanian (Goliga Books), moderated by Jörg Colberg (Conscientious).

Unseen marks the launch of 2013 Foam Magazine Talent Sohei Nishino’s (b. 1982, Japan) latest diorama map of Amsterdam. After months of scaling the Dutch capital’s greatest heights and wandering its many streets, the artist has painstakingly assembled roughly 8000 analogue images into a large-scale work that will be made into individual handmade boxes for purchase at Unseen.